The 44-year-old rapper’s new muse Chaney looked the spitting image of his estranged wife, as she was seen leaving backstage at the LoanDepot Park.

Dressed in a white leather jumpsuit and big shades with dark long locks, passers-by will have been forgiven for thinking it could have been Kim, 41.

The sighting comes after the rapper threw his microphone to the ground as sound problems interfered with the second half of his listening event.

In video of the show, the rapper was seen chucking the mic across the stage in the midst of performing Jail, Pt. 2.

Kanye’s latest listening event, held at the LoanDepot Park and streamed on stemplayer.com, initially started off smoothly before completely falling apart at the end, according to TMZ. 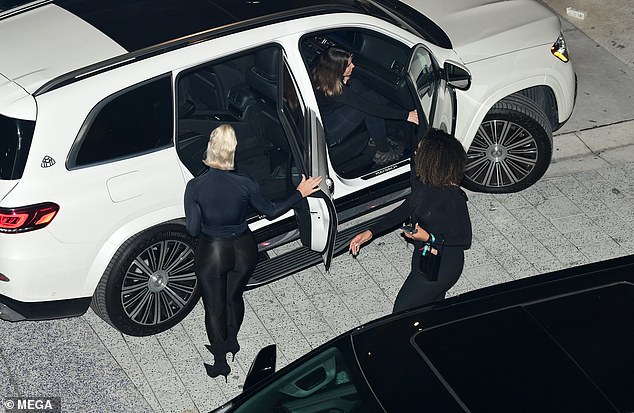 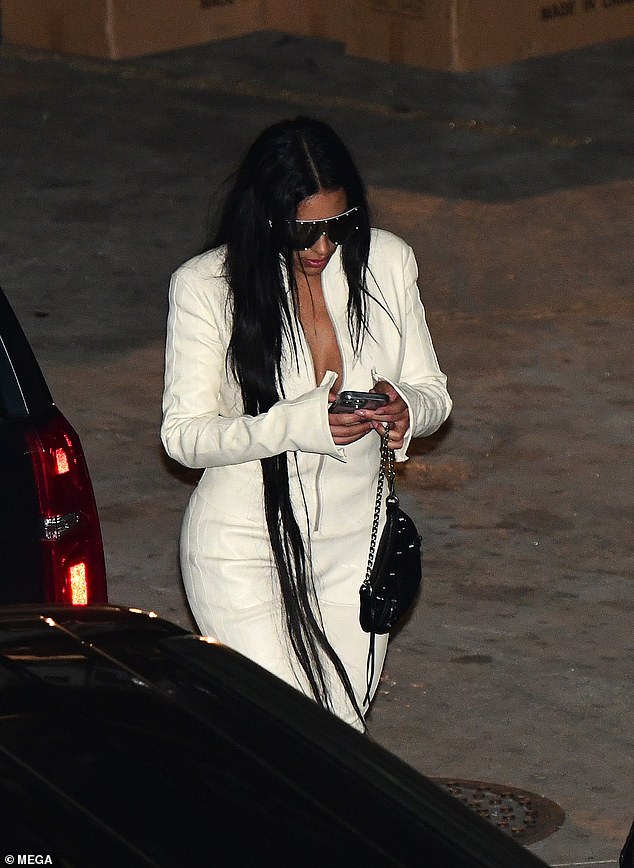 Look familiar? Chaney was the spitting image of Kanye’s estranged wife Kim as she was seen with the rapper at the event