As his bitter divorce with Kim, 41, rumbles on, the rapper, 44, appears to have shown whose side he has taken on the girls’ infamous feud.

Kanye liked the sexy snap of Real Housewives Of Miami star Larsa, 47, posing in a mirror in a black corset and a lace thong, which was posted on In Touch Weekly’s Instagram page to detail how she has denied having a Brazilian butt lift. 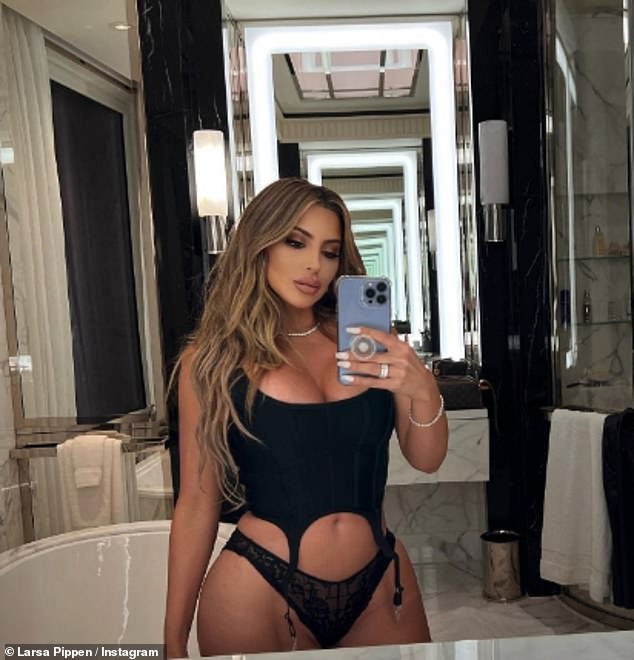 The caption read: ‘She earned it! #LarsaPippen clapped back at rumors that the #RHOM star received a Brazilian butt lift’.

While speaking with Andy Cohen during the Real Housewives of Miami season four reunion, Larsa admitted to only having her nose and lips done.

‘I’ve had my nose done. I’ve had my lips done. And that’s basically it,’ the reality TV star claimed. 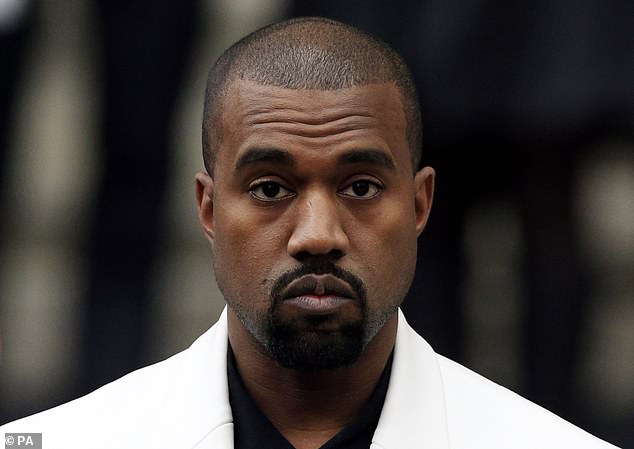 Making a stand? As his bitter divorce with Kim, 41, rumbles on, the rapper, 44, appears to have shown whose side he has taken on Larsa and the reality star’s infamous feud

Larsa also admitted to having her breasts augmented, however, she denied having any work on her shapely bottom, chalking up her curves as the result of working out seven days a week.

Meanwhile, Larsa recently spoke out about the abrupt end to her friendship with the billionaire mogul and admitted she really didn’t ‘even know what happened’ but thinks that she ‘knew too much’ about Kim and Kanye’s drama.

She said in a recent episode of Real Housewives of Miami she was too close to the family and bore witness to what went on behind-closed doors which made her ‘a problem’.

Larsa revealed: ‘I don’t even know what happened. I was best friends with [Kim Kardashian] and I love her and I love Kanye and I just was the person who was stuck in the middle.

‘I took a beating because I was the friend that was basically there and saw everything and that basically was the demise of our relationship. I knew too much, I was a problem and so whatever. That’s kind of what happened.’ 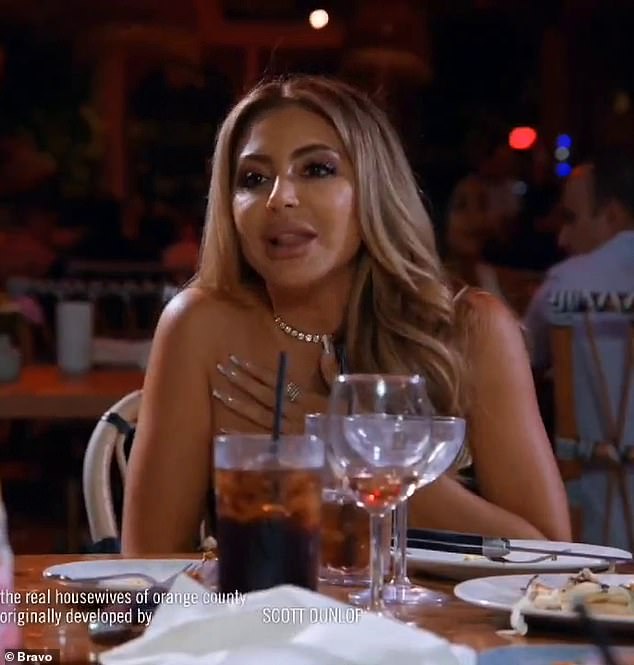 Her side:  LaMeanwhile, Larsa recently spoke out about the abrupt end to her friendship with Kim on Real Housewives Of Miami

But the pair have reportedly made up with Us Weekly last month declaring that they were ‘in a really good place’ to begin 2022.

Larsa said ‘there was a lot [of] miscommunication at the time’, which included both unfollowing one another on social media.

Larsa said in a November 2020 edition of the Hollywood Raw podcast Kanye had a destructive impact on her friendship with Kardashian and her siblings, and had ‘brainwashed’ them against her.

‘If Kanye feels like him and Kim are better without me, then let them be without me,’ she said. ‘I’m OK with that … I will survive.’

On Friday, a source told People that Kim was ‘furious’ after her estranged husband released a claymation video for his Donda 2 single Eazy which featured a figure who appeared to be a stand-in for the rapper burying alive a goofy figure seemingly modelled after Kim’s boyfriend, Saturday Night Live star Pete Davidson. 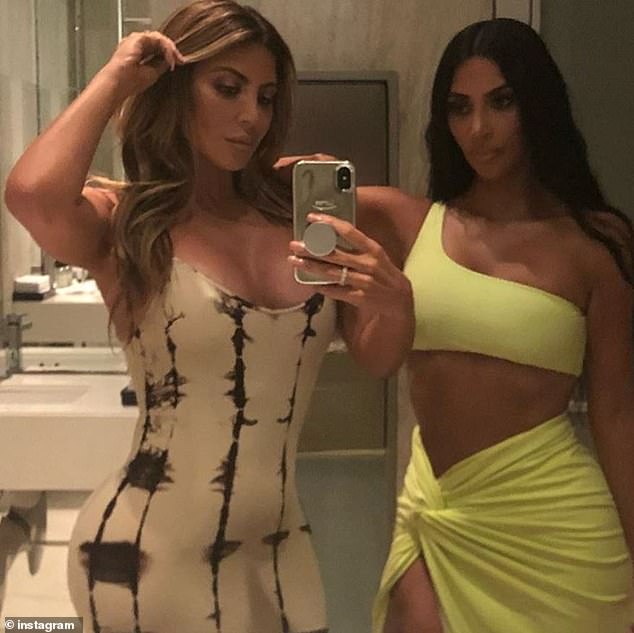 Fall out: ‘I don’t even know what happened. I was best friends with [Kim Kardashian] and I love her and I love Kanye and I just was the person who was stuck in the middle’, she said

‘[Kim] thinks it’s way too violent and is upset,’ the source claimed. ‘She’s really upset with Kanye that he’d do this. She’s completely over all of this and she wants it to stop.’

PEOPLE’s source also claimed that Kim cannot grasp how her estranged husband can create ‘violent’ content for all to see but make a fuss about their daughter North, eight, having a TikTok account.

He previously voiced that North was on the app ‘against [his] will.’

‘[Kim] doesn’t understand how Kanye can get upset about North being on TikTok yet he can put out these kinds of videos. It makes no sense to her,’ the source explained. 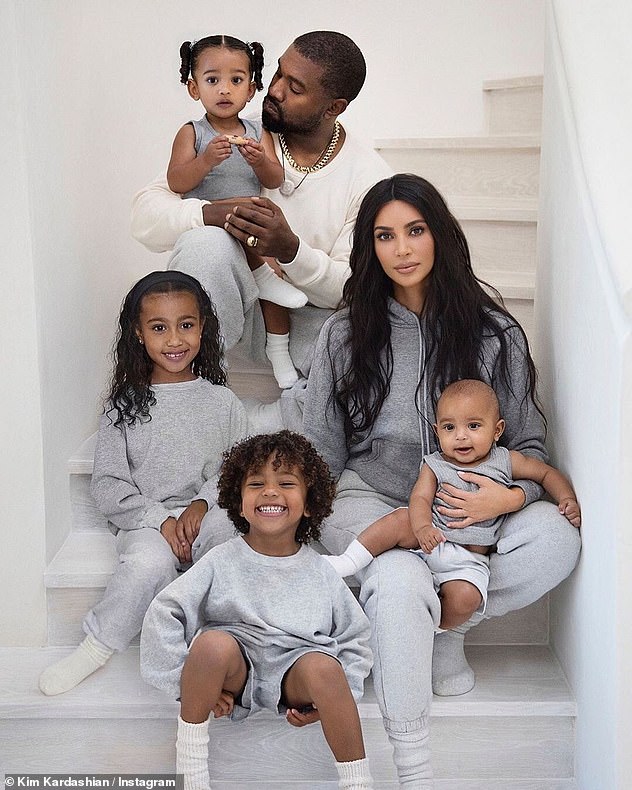 Regardless of the drama, the insider stressed that the SKIMS founder’s ‘No. 1 concern right now is making sure that her children are protected from the situation because everything plays out in the public eye and that’s very difficult when there are children involved.

‘She is very angry about the violence and she just feels that it’s inappropriate and wrong.’

She shares North, as well as Chicago, four, Saint, six, and Psalm, two, with Kanye. 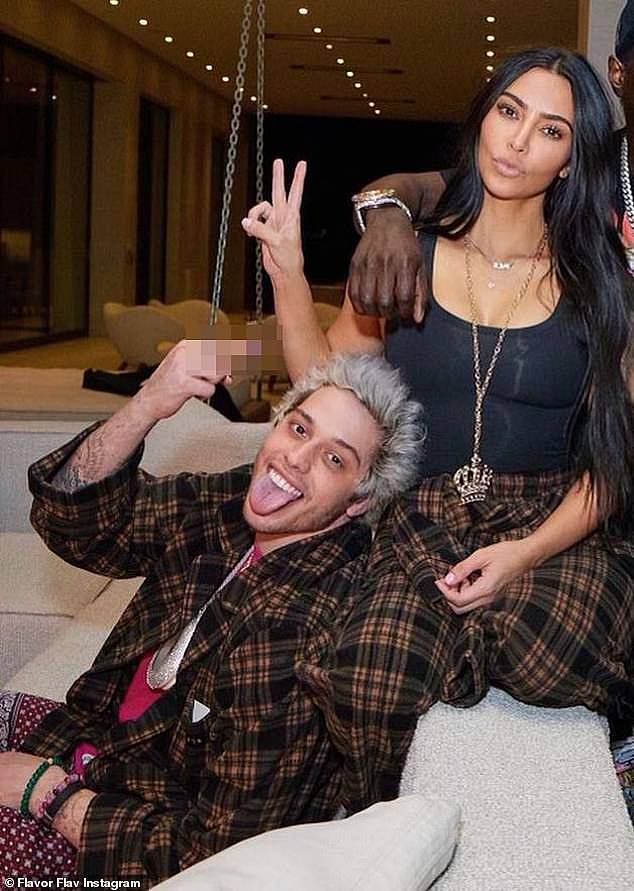 Romance: The reality star is in a relationship with comedian Pete Davidson