So it was no surprise to see Karl, his wife Jasmine, and their baby daughter Harper spending time on Packer’s $250million superyacht this week.

According to Private Sydney, the family spent time on the yacht as it set anchor on the Cote d’Azur. 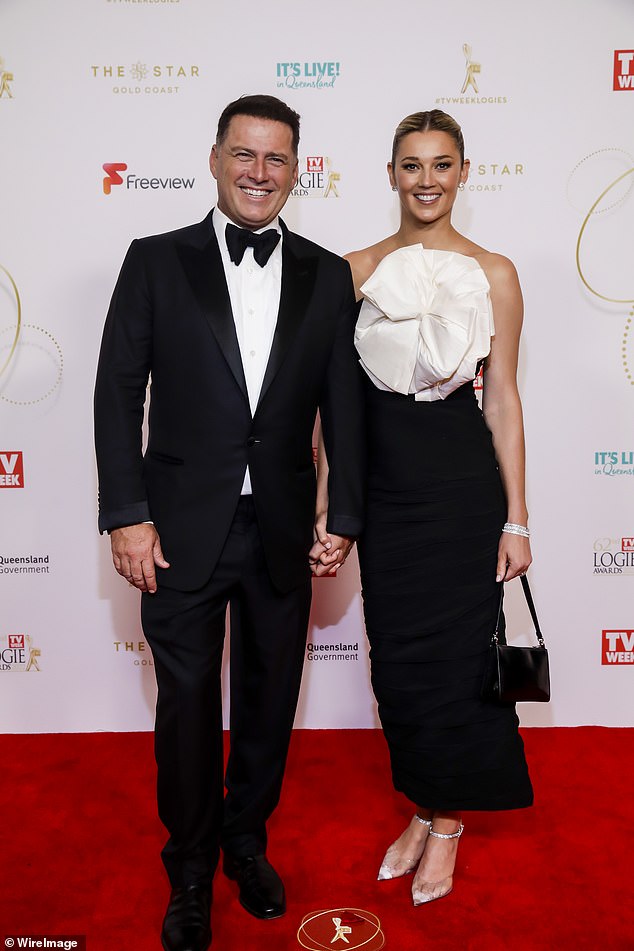 Karl and Jasmine have been spending plenty of quality time together lately.

In June, they enjoyed a family holiday in Port Douglas.

Karl met Jasmine in late 2016, five months after he split from his first wife Cassandra Thorburn, to whom he was married for 21 years.

He previously said of their relationship: ‘I certainly did not expect to meet someone five months after I broke up with my wife. That was not planned.’ 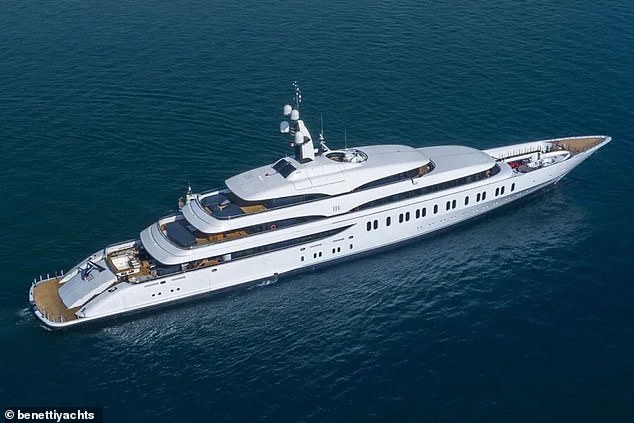 The Channel Nine star proposed to the former model in February 2018 with a $100,000 engagement ring.

The couple married in a lavish four-day wedding ceremony at the One&Only Palmilla resort in San José del Cabo, Mexico, in December 2018.

The newlyweds welcomed their first child together on May 1, 2020, at Sydney’s North Shore Private Hospital.

In a statement to the Today show at the time, Karl said: ‘Harper and Jasmine are doing well and dad had a great night’s sleep.’

He added: ‘I am in awe. Harper is absolutely perfect.’

Karl is also father to three children from his first marriage: sons Jackson and River and daughter Willow. 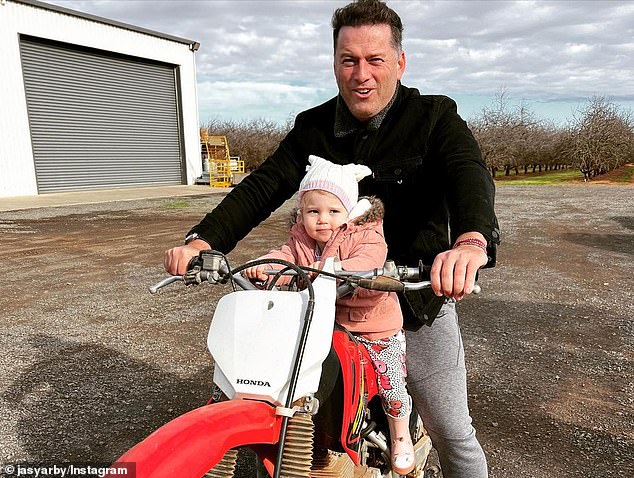 Karl is picture on a motorbike with daughter Harper