Karl and Jasmine Stefanovic’s Noosa home is ‘pulled from sale’ as they decide to keep their Queensland weekender after it failed to find a buyer at auction for $7.5million

By Jo Scrimshire and A. James For Daily Mail Australia

Today show host Karl Stefanovic and his wife Jasmine are holding onto their multimillion-dollar holiday home in Noosa, Queensland.

Reports surfaced on Monday that the couple, who bought the five-bedroom, five-bathroom home in Sunshine Beach for $3.5million in 2019, were making another attempt to sell after a listing for the address was posted on Realestate.com.au.

However, the listing has since been removed – possibly because it was uploaded by mistake – and sources close to the Stefanovics have reassured Daily Mail Australia they ‘are not selling’. 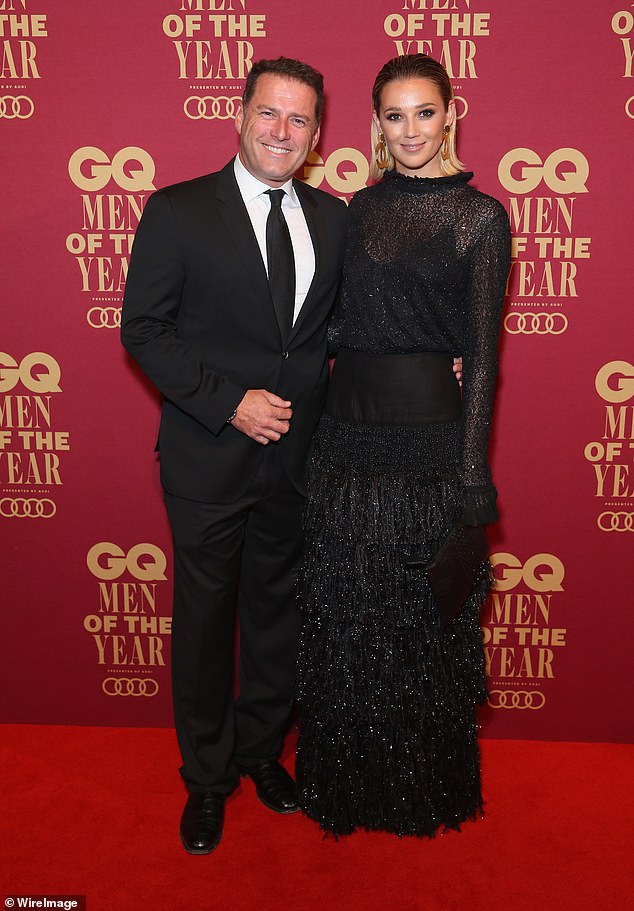 Today show host Karl Stefanovic and his wife Jasmine (pictured on November 15, 2017, in Sydney) are making another attempt to sell their multimillion-dollar holiday home in Noosa

Karl and Jasmine had tried to sell their Queensland home at auction in March, but there were no takers willing to meet the reserve

The Channel Nine host reportedly told friends in April he was ‘relieved’ the mansion didn’t find a buyer because it meant he could use it as a weekender.

At the time, Karl reportedly said he ‘loves the place’ and would only be prepared to sell if he could get ‘silly money’, according to The Australian. 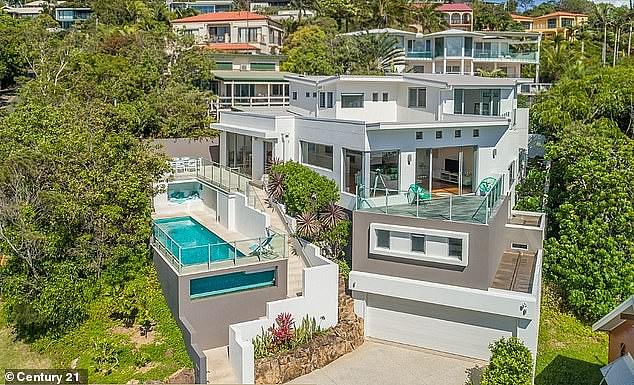 The couple bought the five-bedroom, five-bathroom home in Sunshine Beach (pictured) for $3.5million in 2019, and went on to spend an additional $1million on renovations

‘Karl has been very sanguine about selling,’ a friend told the newspaper. ‘The prospect of losing it has crystallised his belief he needs to spend more time there.’

The couple had hoped to sell for $7.5million in March because of the property boom in the area, but the reserve price was a little too optimistic.

Announcing the listing of the multi-storey home earlier that month, Karl explained he and Jasmine weren’t spending enough time at the house to justify ownership.

The Stefanovics spent an estimated $1million renovating the property, which overlooks Sunshine Beach, adding a ‘teenage retreat’, a bathroom and a wine cellar. 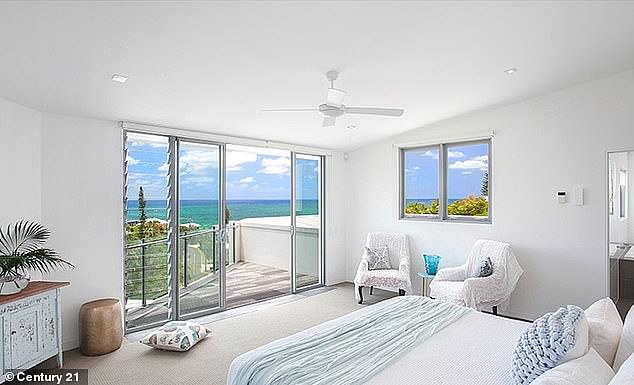 The property went under the hammer in March, but there were no takers willing to meet the $7.5million reserve. The Stefanovics have now changed real estate agents and quietly relisted the home on July 8. (Pictured: one of the bedrooms) 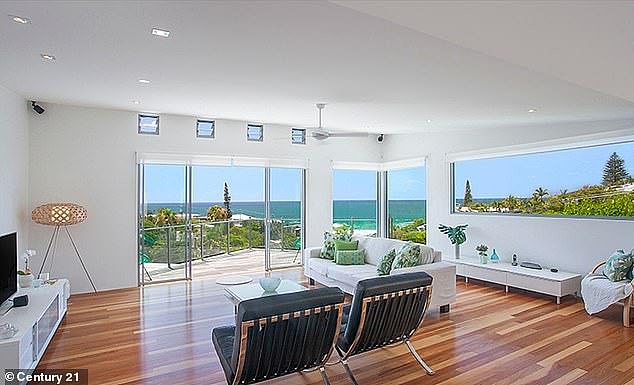 The Stefanovics spent $1million renovating the property, which overlooks Sunshine Beach, adding a ‘teenage retreat’, a bathroom and a wine cellar. (Pictured: the living room)

The house is just 200 metres away from the beach.

Karl and Jasmine have strong links to Queensland and often celebrate important holidays with their families in Noosa.

The breakfast TV personality studied journalism in the Sunshine State and started his career in Rockhampton. Meanwhile, Jasmine’s family still lives in Brisbane. 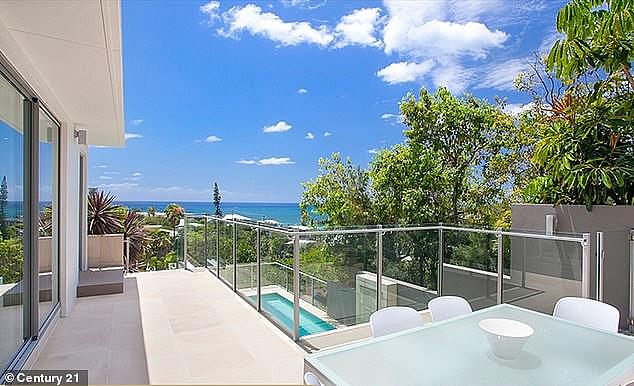 The swimming pool has a waterfall feature and see-through glass, which means the beach is always in sight, even when underwater