The Duke and Duchess of Cambridge are to soon welcome into their team a new communications secretary with huge experience in international communications, it has been reported. The new hire has been tipped to be Lee Thompson, who currently is the vice president of global communication and strategic partnerships at NBC Universal.

Mr Thompson previously worked at another US broadcaster, CNBC, as its head of communications first and later vice president of international communications, marketing and strategic partnerships.

If confirmed in the role of communication secretary for Kate and Prince William, Mr Thompson would replace Victoria O’Byrne, who left the role last year because of a family illness.

He has been described as an “inspired hire” and “a brilliant, super-switched-on guy who really gets the international stuff” by people who know him, The Sunday Times reported.

Mr Thompson’s experience would be helpful for the Cambridges as they prepare for the second Earthshot Prize award ceremony. 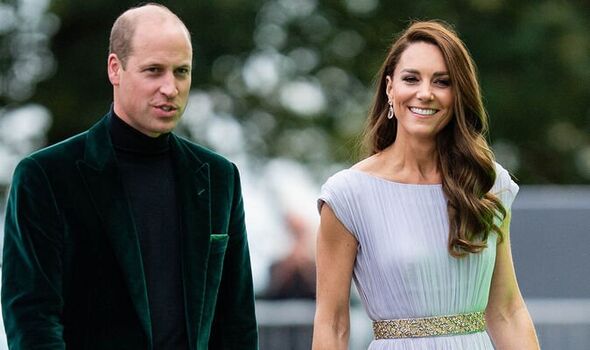 Kate and Prince William are among the most prominent members of the Firm (Image: GETTY)

This year, the star-studded event is to take place in the US in October, at a location yet to be disclosed.

Due to the event’s focus on the environment and the fight against climate change, it isn’t known whether the Duke and Duchess of Cambridge will attend the ceremony in person or via video link.

Last year, attendees only took part in the ceremony in person if they were already in London to take part to other engagements.

Mr Thompson may also help Kate and William to charm the crowds Stateside.

Following Meghan Markle and Prince Harry’s bombshell interview with Oprah Winfrey last year, a senior royal aide said, as reported by the Times: “We have a US problem.”

During their two-hour-long sit-down interview, with Ms Winfrey, Harry and Meghan spoke about their relationship with the Royal Family, their struggles as full-time members of the institution and launched damaging allegations of racism and neglect against the Firm.

Mr Thompson’s hire would come just a few weeks after the Duke and Duchess of Cambridge announced Amanda Berry OBE would join the Royal Foundation as its new chief executive officer.

Ms Berry was already known by William and Kate as she previously worked as chief executive at BAFTA, of which the Duke is the president.

Kate and Prince William with their three children (Image: GETTY)

She started her new role at the Royal Foundation this month.

Announcing the new hire in March, Kate and William said: “We are very much looking forward to working with Amanda and are thrilled that she has chosen to join us at The Royal Foundation.

“Her extensive experience will be of tremendous value as we continue our ambitious charitable work.”

Ms Berry also said in a statement: “I am very excited to be joining The Royal Foundation as it continues to step up the global ambition for The Duke and Duchess’ philanthropic work.

Kate and Prince William got married in 2011 (Image: EXPRESS)

“I have witnessed, and am so impressed by, the unique impact The Royal Foundation can make on the issues Their Royal Highnesses support, from mental health to conservation, and raising awareness of the importance of early years.

“I am looking forward to working with The Duke and Duchess of Cambridge, along with the Trustees and staff to continue this important work.”

Kate and Prince William’s office is based at Kensington Palace, which is also their main residence in London.

Kate and Prince William during a royal visit (Image: GETTY)

The Palace became the Cambridges’ base in 2013, following renovation works worth £12million.

However, the Duke, Duchess and their children made the Palace their main home only in 2017, after William stepped down as air ambulance pilot based in Norfolk.

However, the Cambridges have been tipped to be planning a relocation to Windsor ahead of the next school year.