Kate Langbroek's husband reveals what he really thought about her OBSCENE act on HYBPA?

Kate Langbroek’s husband reveals what he really thought about her OBSCENE act on Have You Been Paying Attention?

But Kate Langbroek’s husband Peter Lewis says he wasn’t at all shocked by his wife’s obscene antics.

Peter told Kate’s KIIS FM’s Pick Up co-host Katie ‘Monty’ Dimond ‘It wasn’t unpredictable’ when they called him during the show on Wednesday. 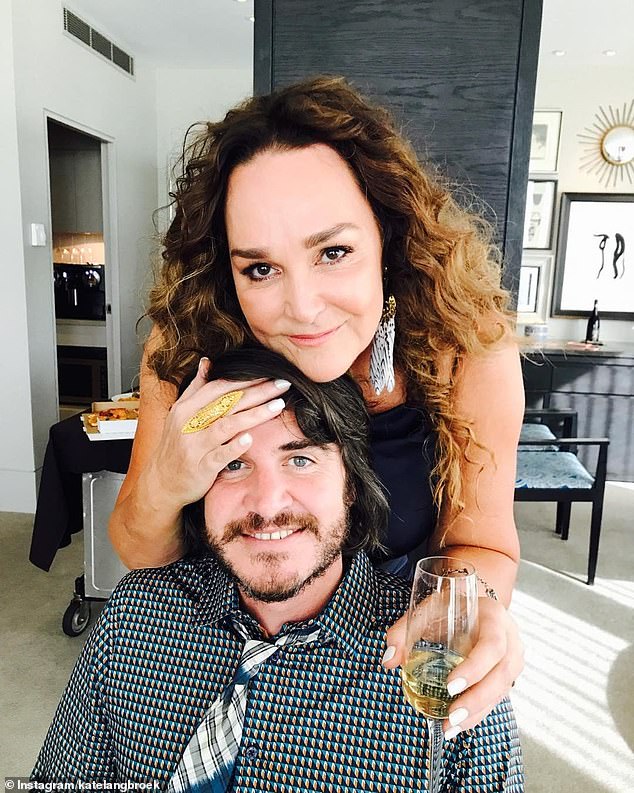 But Kate Langbroek’s husband Peter Lewis says he wasn’t at all shocked about his wife’s obscene act on Have You Been Paying Attention? earlier this week

Kate has built a bit of a reputation for her crude sense of humour, but on Monday she pushed it to the limits on the Channel Ten quiz show.

She was appearing as a panellist on the satirical game show when host Tom Gleisner showed a picture of, what looked like, a wrapped sausage alongside a Commonwealth Games athlete.

He asked panellist Sam Pang whether ‘Götzinger’ was the ‘discus champ or the liverwurst?’ 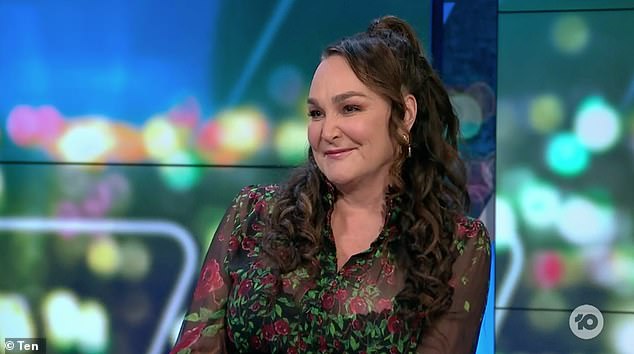 This led to some racy jokes thrown around about being ‘given the sausage’, which prompted Gleisner to throw Pang a wrapped Götzinger snag.

Kate then jumped in by saying ‘Tom has given me his sausage from under the desk before!’ 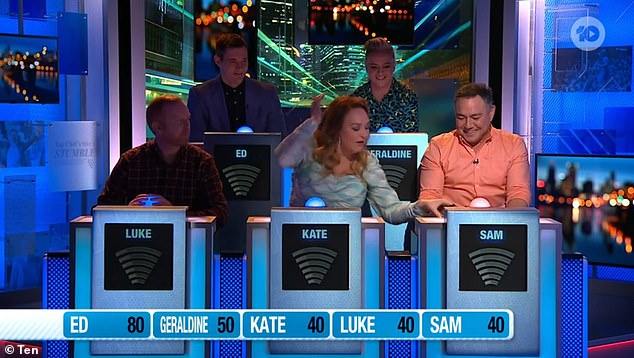 Comedian Sam Pang (pictured, right) held up a sausage, which prompted Kate to jokingly grab it and performing the crude mime

The audience went crazy over Kate’s saucy act and burst into fits of laughter as the camera immediately cut away.

Kyle Sandilands, 51, said he was shocked to see Kate ‘g**bing a sausage out of someone’s hands.’ 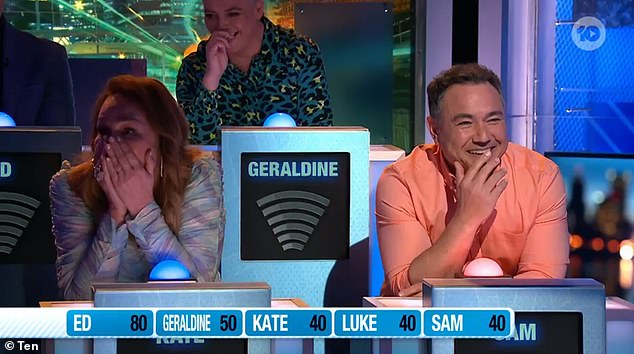 Jackie ‘O’ Henderson, 47, added that Kate ‘forgot her son was in the audience and was mortified.’

Kate was one half one of Australia’s most successful radio duos for years, Nova 100’s Hughesy and Kate, alongside comedian Dave Hughes.

Kate and her husband of 17 years, Peter, relocated to Italy with their four children, Lewis, Sunday, Artie and Jan, in January 2019 and she moved back to Melbourne early last year. 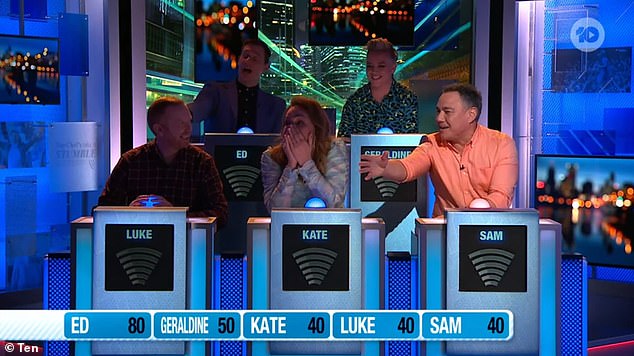