The star enjoyed a casual stroll with her hands comfortably placed in the pockets of her sweatpants.

The filmmaker has been showcasing her unique street style on her excursions in the big apple. 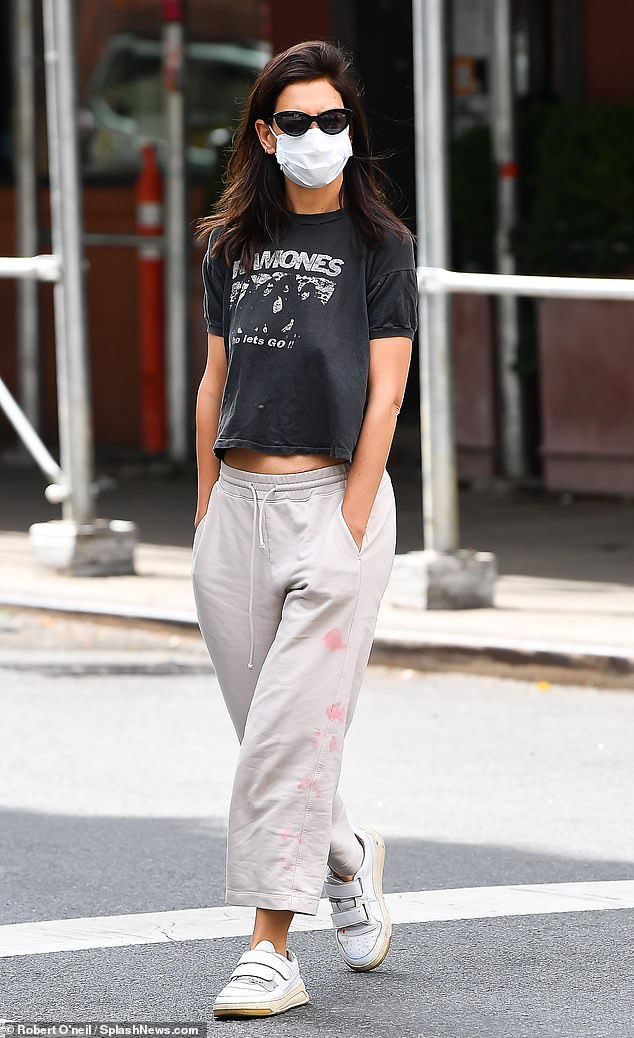 Street style: Katie Holmes, 43, shows off her stomach in a cropped T-shirt on a Monday morning stroll in New York City

The Dawson’s Creek alum wore a cropped, dark gray Ramones T-shirt. The top was short-sleeved and showed off some of her toned abs.

She paired the shirt with tan-colored sweatpants to stay comfortable during her walk.

She added a pair of white sneakers with Velcro straps which make it very easy to slip the shoes on and off. 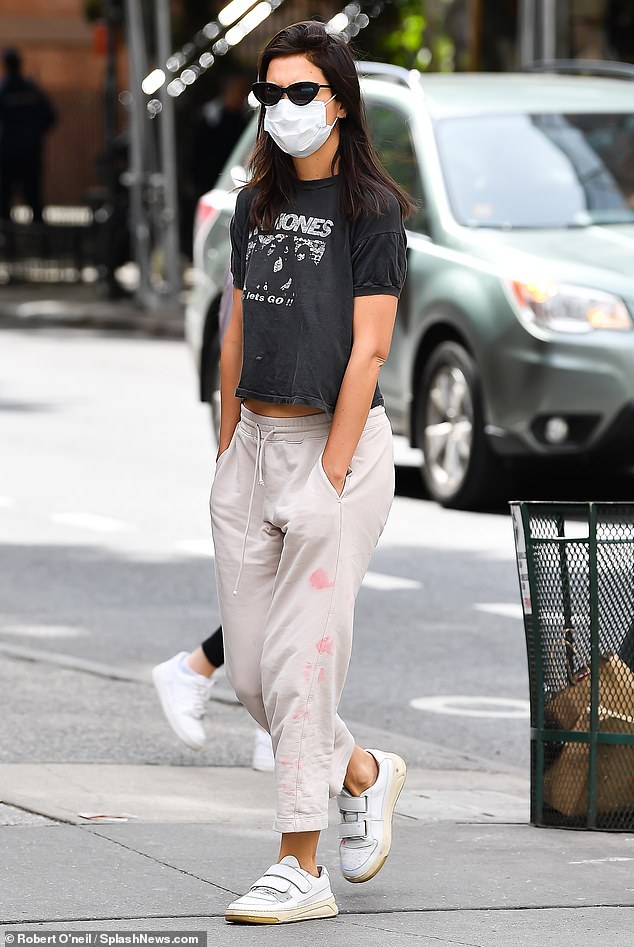 Comfort: The actress opted for comfort by wearing a cropped T-shirt and sweatpants on her walk 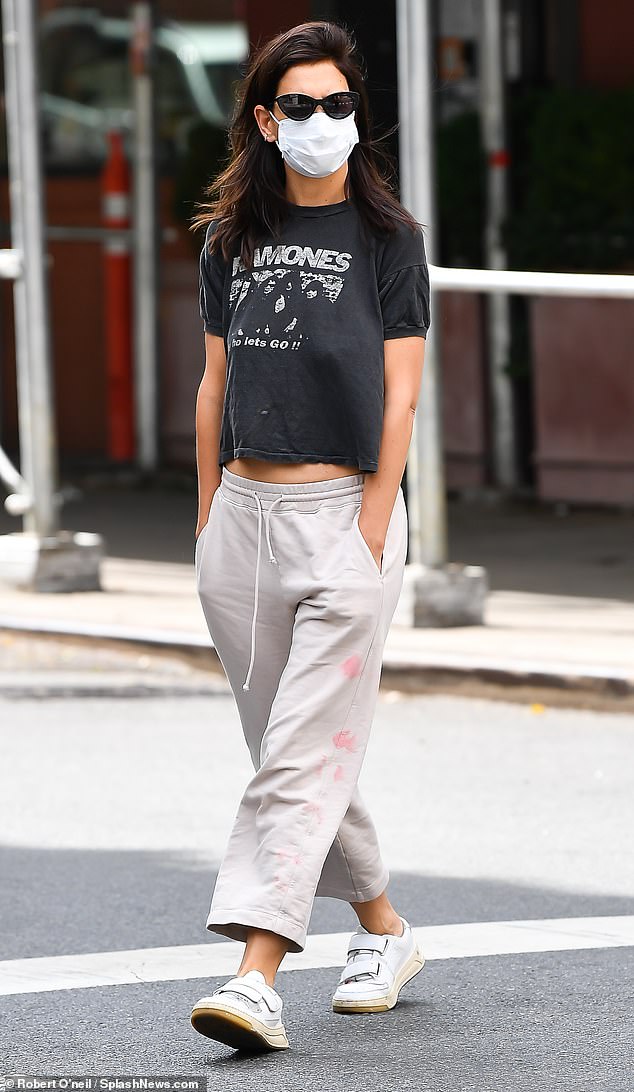 Cool and chic: The star still looked very fashionable as she pulled off sweatpants and sneakers

The mom of one kept her brunette hair down and parted to the side. Her long locks fell down past her shoulders.

She added a pair of edgy, thin-shaped sunglasses to complete the look.

The 43-year-old had a chance to talk about her fashion sense and style in an interview with Harper’s Bazaar.

‘I love my T-shirts, and I love my vintage T-shirts. They’re so yummy. They’re a little dirty, a little stained or whatever, and that’s me,’ Holmes stated about her favorite pieces of clothing. 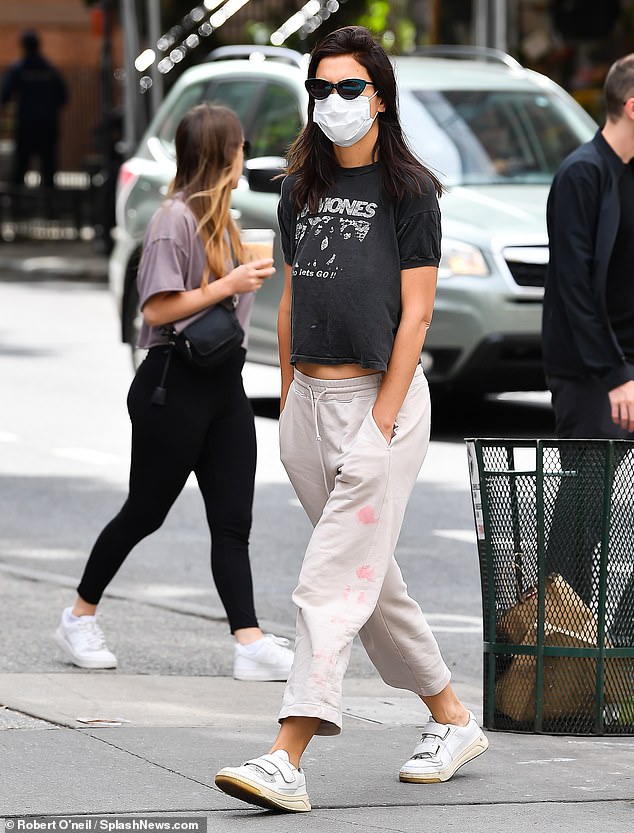 Favorite pieces: When it comes to putting together an outfit, the actress stated in an interview that she loves T-shirts

The star also revealed that she not only took on the roles of actor and director in her films, but that she would also sometimes help with the costume design, too.

Tom Cruise’s ex-wife has also pulled off numerous glamorous gowns when she attended star-studded events. The businesswoman talked about her fashion choices and style when it came to big premieres.

‘And we live in a world where we have a premiere and you want to look nice, and it turns into being a fashion person,’ the talented star explained to the publication.

‘I’m like, ‘Well, I just like to look nice, I’m not really a fashion person.’ We all just want to look good,’ she added. 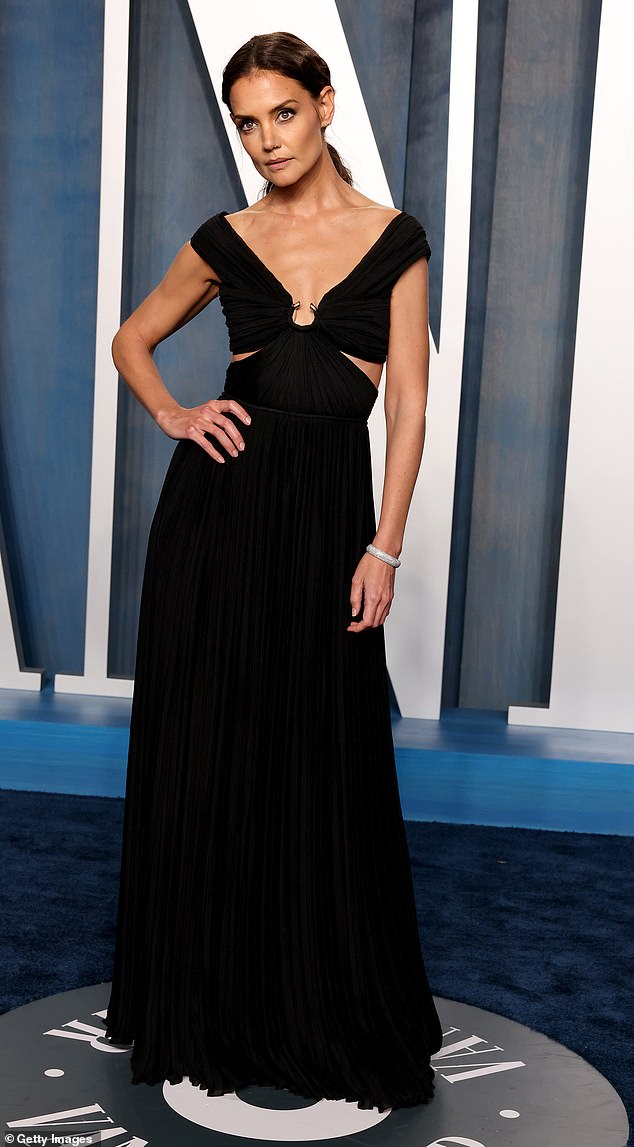 Glamorous: The beauty is also known for her elegant style at the red carpet events that she attends 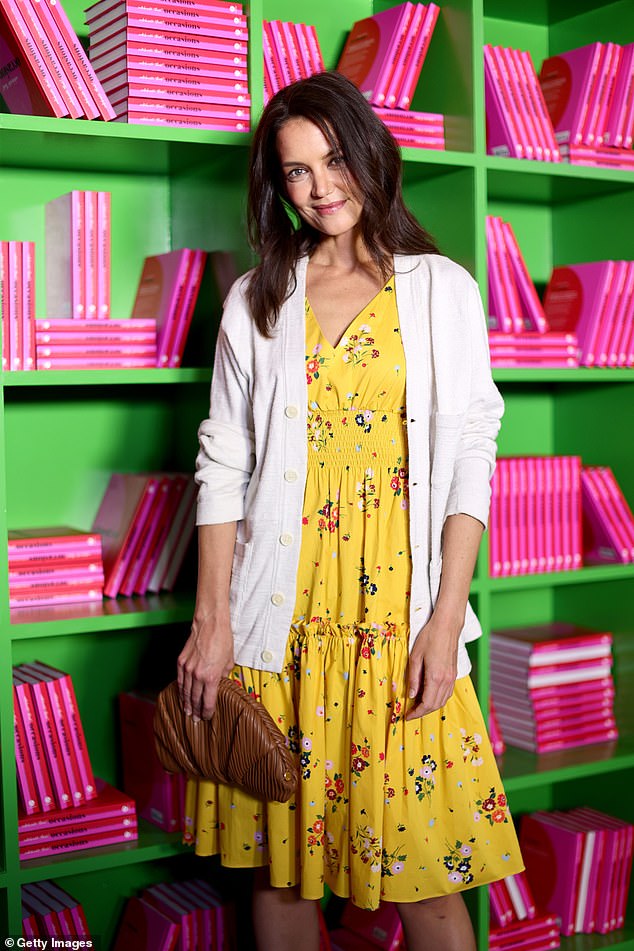 Versatile wardrobe: Holmes can pull off anything when it comes to style, from sweats to classic dresses

The Batman Begins actress has been in the spotlight recently for the big premiere of her film, Alone Together. She both directed and starred in the movie which premiered at the 2022 Tribeca Film Festival.

Holmes was not solo at the premiere of her movie, and had her new boyfriend by her side. The two lovebirds were seen coupling up together with big smiles.

The actress and musician, Bobby Wooten III, made their official red carpet debut last month in May at The Moth’s 25th Anniversary Gala, The Silver Ball.

According to Variety, Katie is also working on adapting a movie titled, Rare Objects, which is based on a novel of the same name by Kathleen Tessaro. Holmes will star, direct, and produce the film.

Derek Luke has been cast as one of the leading roles. The premise of the film follows a young woman with a troubling past who is looking for a new start while working at an antique store. 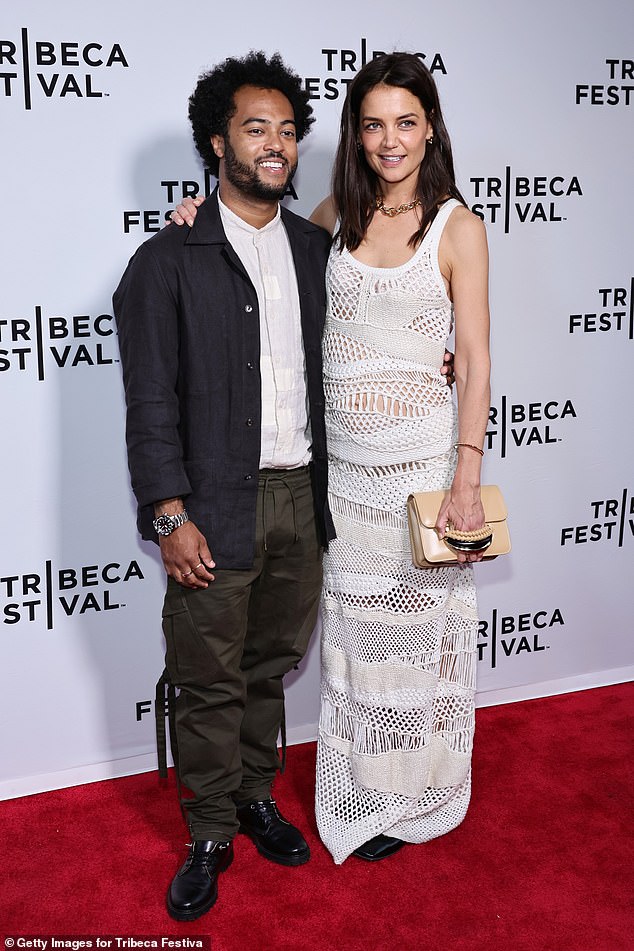 New couple: Holmes, 43, and Wooten, 33, are seen standing close to each with big smiles at the premiere of her film, Alone Together