They were looking fierce at the Met Gala.

But Kendall Jenner, 26, and Hailey Bieber, 25, ditched the haute couture as they caught up the morning after the bash.

The catwalk queens were spotted grabbing brunch in Tribeca, looking worlds away from the designer duds they sported at the Metropolitan Museum Of Art on Monday evening. 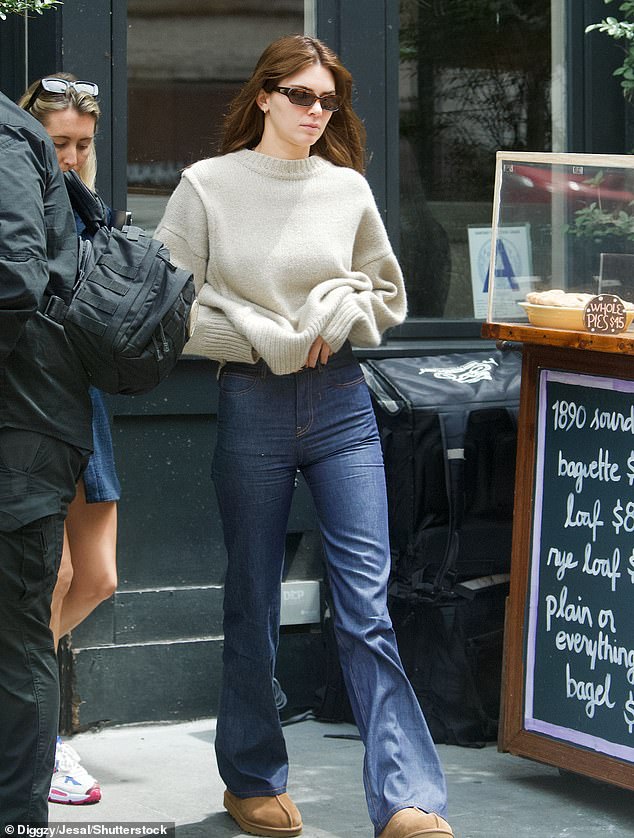 Back to reality! Kendall Jenner and Hailey Bieber kept it casual on Tuesday morning after their night out celebrating the Met Gala

The catwalk queen shielded her eyesight with brown shades.

Unlike the sleek, straight hairstyle she rocked the night prior, she opted for loose, natural waves this morning.

Hailey was even more dressed down in a grey sweatshirt, baggy cargo pants, and chunky white trainers. 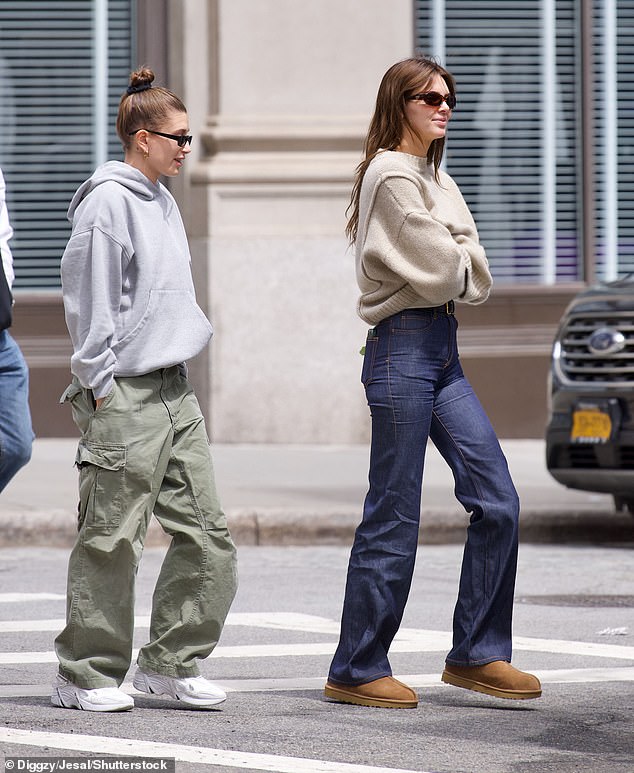 No more haute couture! The women traded in the glam for jeans and sweats 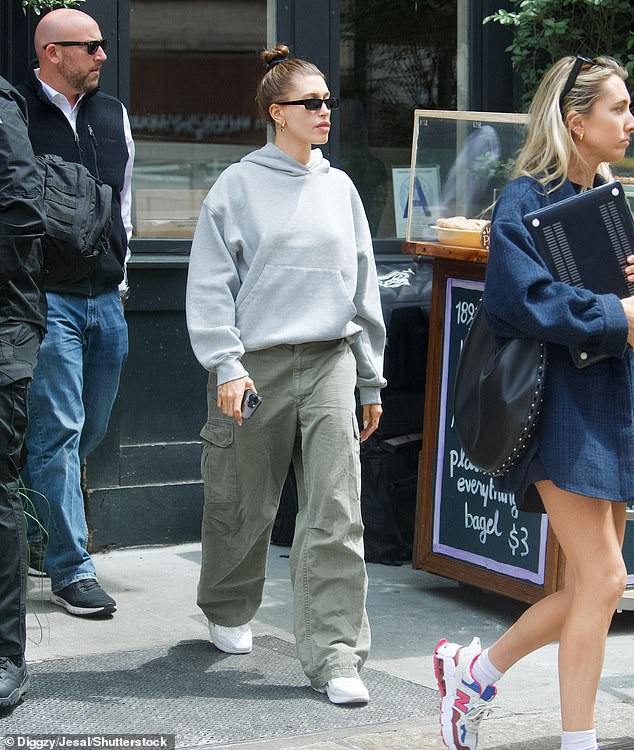 Taking it easy: She wore her hair up into a slick top knot and shaded her eyes with small black frames

She wore her hair up into a slick top knot and shaded her eyes with small black frames.

The women appeared to be taking it easy as they re-emerged into the real world after their glamorous evening celebrating fashion’s biggest night. 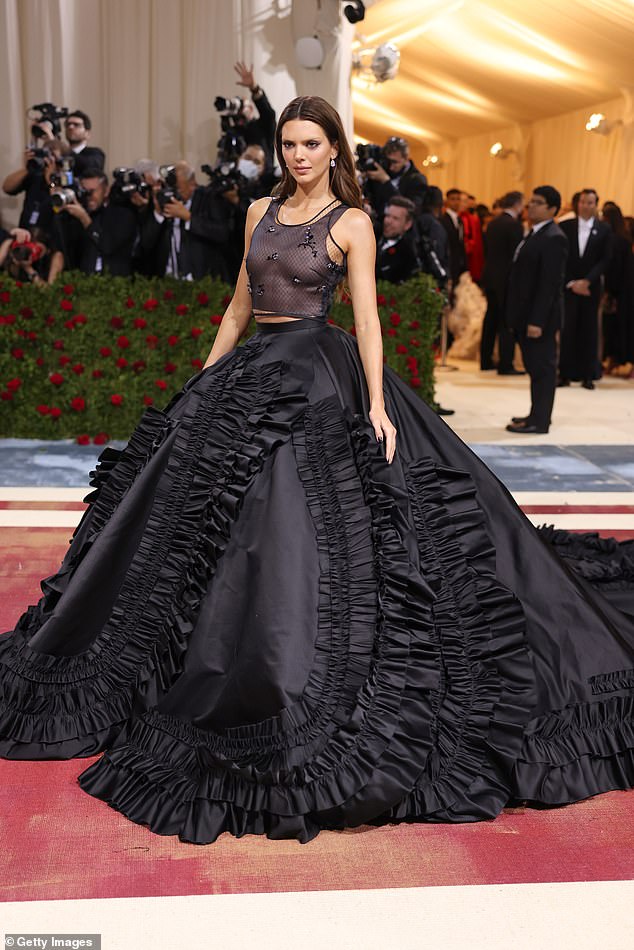 Taking fashion to the next level! Jenner dropped jaws in Prada at the annual bash 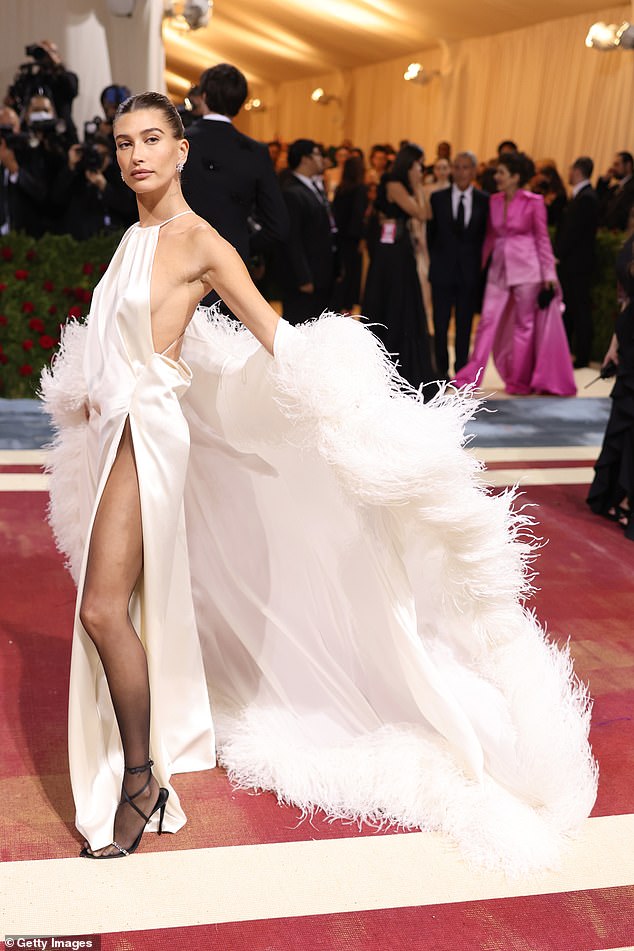 They were showing considerably more skin once it was time for the after-party.

Hailey put on a very leggy display in leather hot pants and a dazzling bra top at Zero Band, while Kendall wore a sheer lace tank and skirt over her satin underwear at the same establishment.

Fashion’s biggest night is traditionally held the first Monday in May to raise money for the Costume Institute in New York City, with last year’s event moved to September due to the pandemic.

Va va voom! The women were spotted at an after-party at Zero Bond flashing plenty of flesh