Kesha was spotted in high spirits as she enjoyed dinner with a male friend earlier on Thursday evening in Los Angeles.

The two appeared to be having a blast and at one point, were pictured in a close embrace as they waited for the valet to retrieve their car.

The Die Young singer, 35, has kept most of her private life and relationships under wraps and out of the public eye. 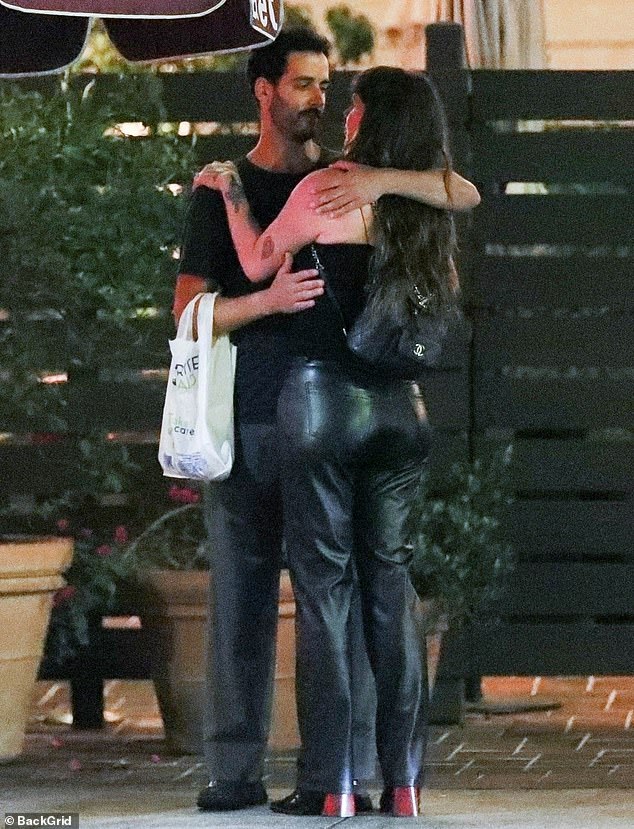 Dinner date: Kesha, 35, was spotted with a male companion after the two enjoyed dinner in Los Angeles on Thursday night

The award-winning singer opted for a stylish and edgy look for her weeknight outing.

She donned a pair of form-fitting leather pants along with a black tank top with thin straps.

Kesha slipped into a pair of black boots with a red block heel to finish off her overall ensemble for the evening.

As the two were patiently waiting by the valet, they were pictured standing close with their arms wrapped around each other. 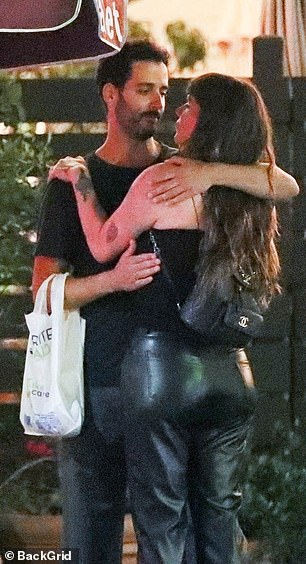 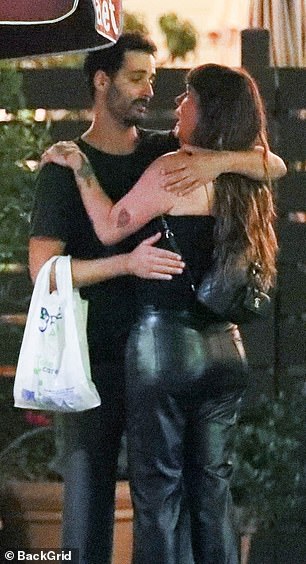 Quick embrace: The two were seen standing close to each other after dinner in Los Angeles 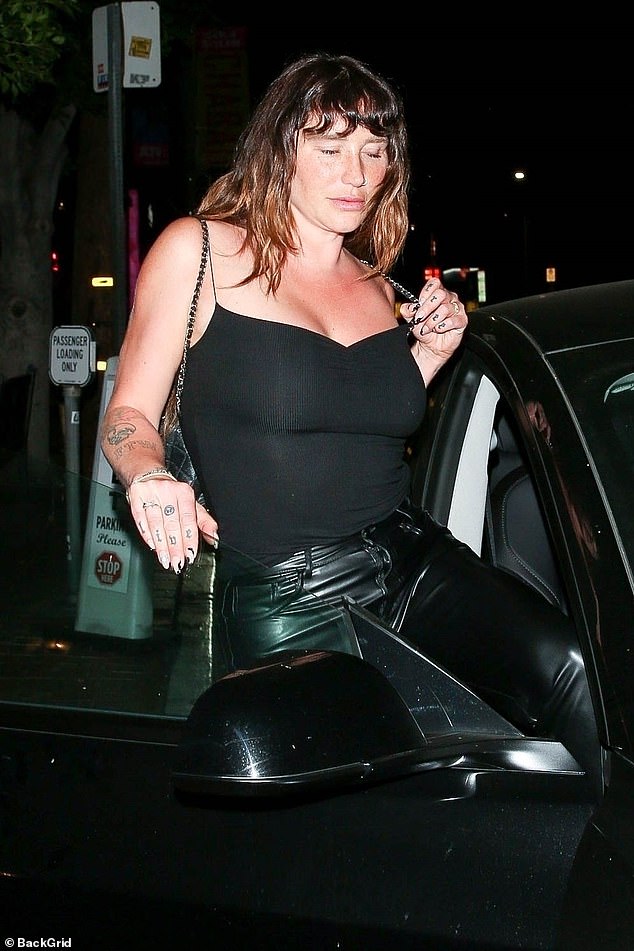 The talented songwriter parted her hair in the middle and allowed her bangs to fall onto her forehead. Her long locks fell down past her shoulders in natural waves.

The We R Who We Are hitmaker had a small, black Chanel backpack slung over her shoulders instead of carrying a heavy purse or bag.

Kesha opted to keep her accessories minimalistic, and added only a few rings to her outfit.

Her male friend kept his look casual and simple for their dinner date. He matched the singer’s color scheme and also donned a plain black T-shirt along with a pair of black pants. 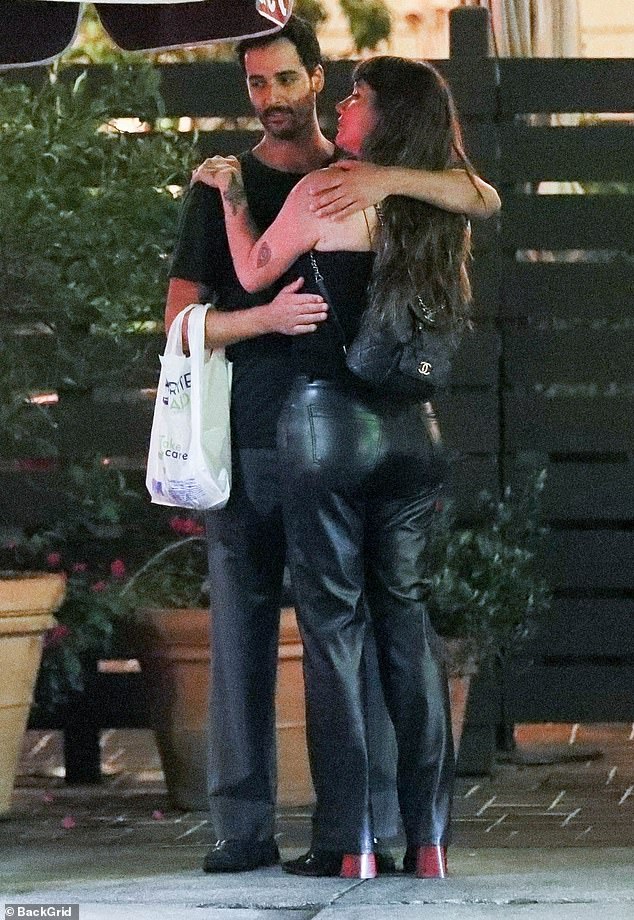 Past relationships: Kesha was last linked to Brad Ashenfelter and were seen together last year in May 2021 at the beach 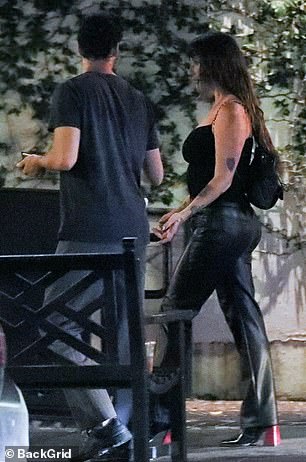 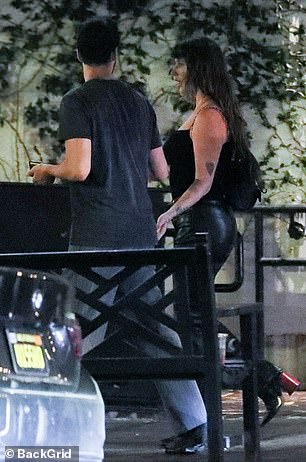 No confirmation: The award-winning singer has not publicly confirmed she is dating someone new

After the car was brought to the pair, Kesha and her male companion jumped into the front seats as the flashes of the paparazzi’s cameras shone around them.

The Tik Tok singer was last linked to Brad Ashenfelter. The two had begun dating in 2014, and were last pictured together publicly on a date in May 2021 at the beach.

The star remains relatively private about her life, and has not confirmed or stated if she is officially dating someone new. 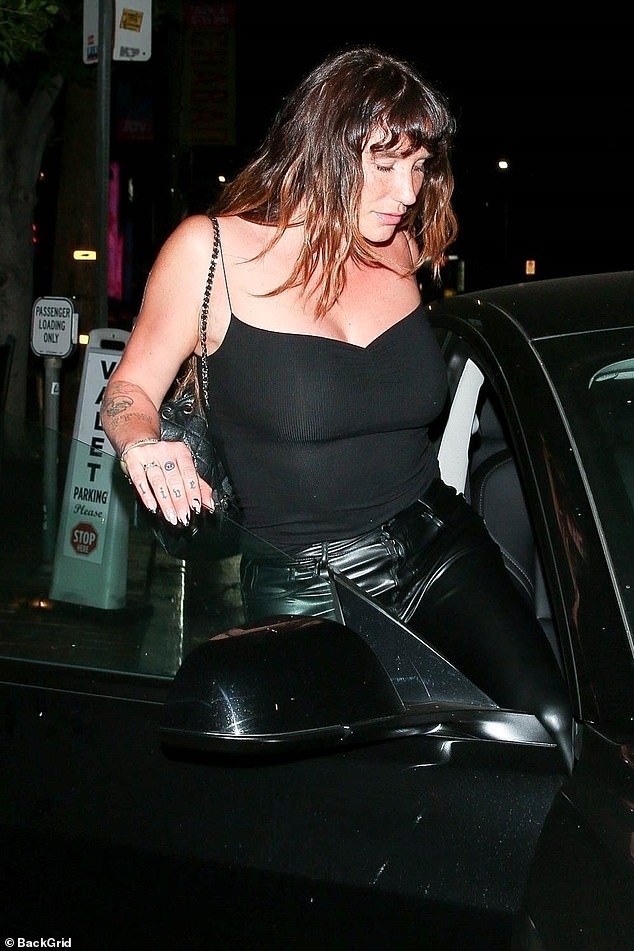 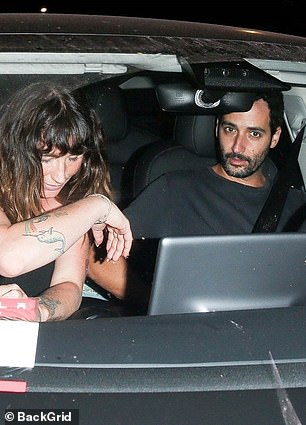 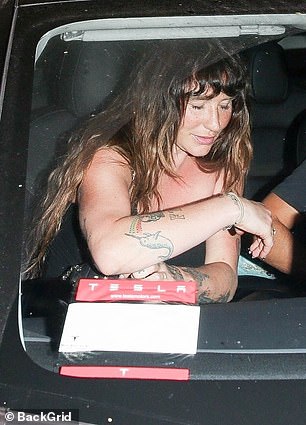 Camera flashes: Kesha and her male companion were seen getting in their car as paparazzi snapped a flurry of photos

The talented beauty has been putting most of her focus on her new Discovery+ show, Conjuring Kesha, which premiered last month on July 8. The series follows the Grammy nominated singer and her celebrity friends as they stop by paranormal hotspots.

During an interview on the Today show, the star opened up about the reality show, and how her brother was part of the production.

‘I love to torture my family and friends and take them to scary places,’ she explained, adding that her brother, Lagan, is more skeptical about the supernatural than she is.

‘I like taking him to haunted places and scaring him,’ the singer explained jokingly.

Kesha also weighed in about releasing new music in the future. ‘I don’t have a release date,’ she stated. ‘But I am working on new music that’s really special.’ 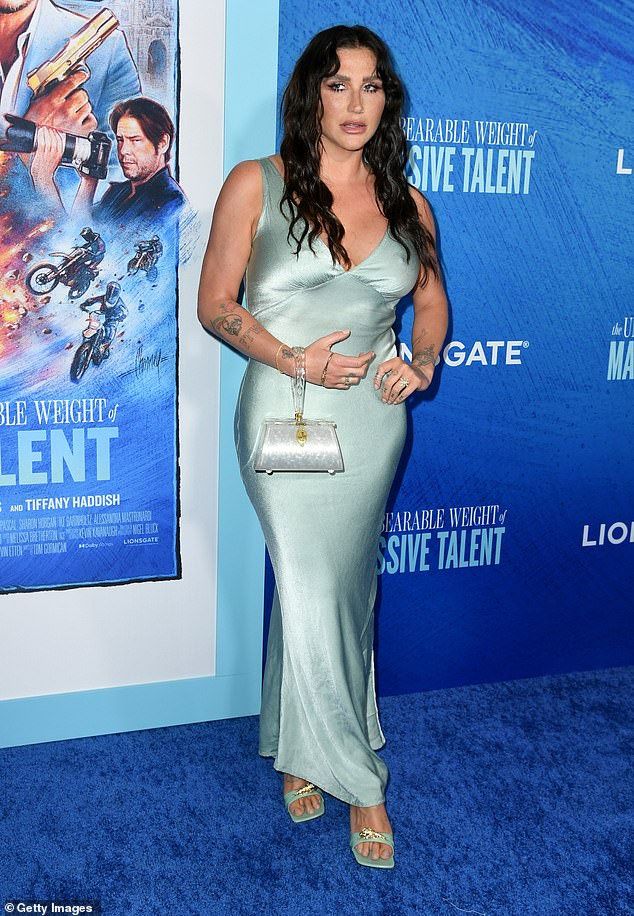 New focus: During an interview on the Today show, Kesha revealed that she has been working on new music, but that there currently is no release date; pictured in April in Los Angeles