‘The world should let them recover’: Kevin Hart thinks fans needs to ‘step out of it’ after Will Smith slapped Chris Rock at the Oscars

By Sam Joseph Semon For Dailymail.com

Kevin Hart has commented again on the feud between Chris Rock and Will Smith.

When appearing on the Drink Champs podcast the 43-year-old Jumanji star said that the performers should work out their differences on their own time away from the public.

The Fresh Prince of Bel-Air star infamously slapped the Fargo star onstage at the most recent Academy Awards ceremony, which took place this past March. 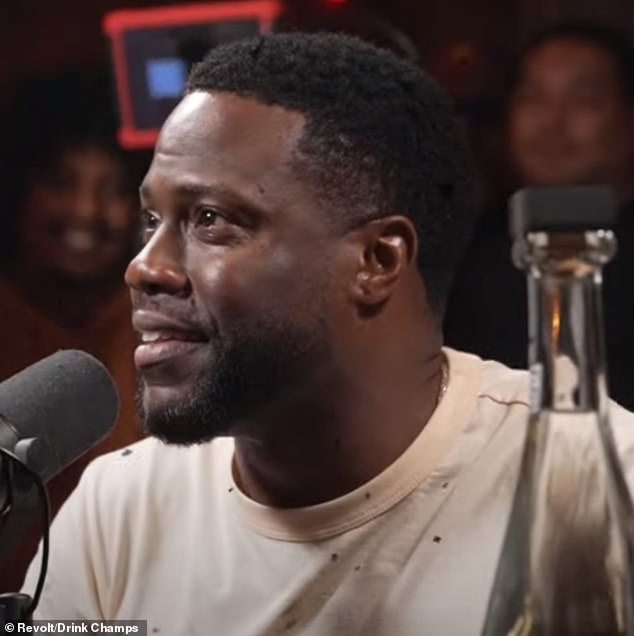 Speaking out: Kevin Hart publicly voiced his opinion about the feud between Chris Rock and Will Smith during the most recent episode of the Drink Champs podcast, which was released earlier this month

When asked about his opinion of Smith, 54, he expressed that he personally admired the Independence Day star for his role in making strides for African-Americans in the entertainment industry.

He stated: ‘Will Smith is the reason why the idea of African Americans attached to global IP is normal. Studios took the gamble on more leads of color because of the work that, Denzel [Washington] were doing in the beginning, right?’

The Cop Out star added: ‘You need the faces that are giving the universal return. So I’m not gonna s*** on Will and act like he hasn’t been and wasn’t that guy.’

Hart went on to remark, ‘People make mistakes, and from mistakes they should be allowed time to f***ing recover.’ 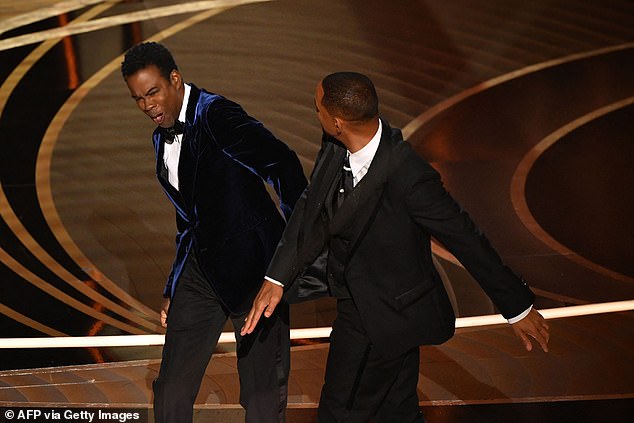 Hot take: During his appearance, the 43-year-old comedian expressed that the performers should work out their differences on their own time and that they should be given space from the public; Smith is seen slapping Rock in March

The comedian then stated that the performers should be left alone to mend their differences and that the Suicide Squad star would greatly benefit from a comeback.

He stated: ‘Let Will recover from it. Let Chris get back to work as normal. Let two men be men and figure that out if they choose to. If they do, they do. If they don’t, they don’t.

‘This is no longer the world’s problem — it’s Will and Chris’ problem. Let them deal with that. The world should step out of it and let them recover,’ he said. 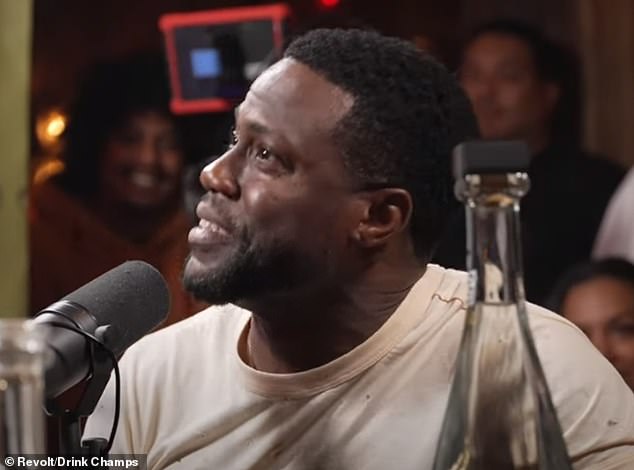 Being honest: Hart stated that ‘this is no longer the world’s problem — it’s Will and Chris’ problem. Let them deal with that. The world should step out of it and let them recover’

Hart was also asked about his view of the slapping incident as a married man, and he stated that Smith’s outburst was an expression of his devotion to his spouse.

‘There’s no world where a wife that’s with a man doesn’t know the level of respect that her man demands for her and wants for her,’ he said.

Hart previously spoke to Entertainment Tonight and expressed that Smith should be given a chance to publicly redeem himself.

‘People are human and as humans sometimes we make mistakes. So it’s not about talking about the past, it’s about acknowledging the present and doing your best to move forward,’ he said. 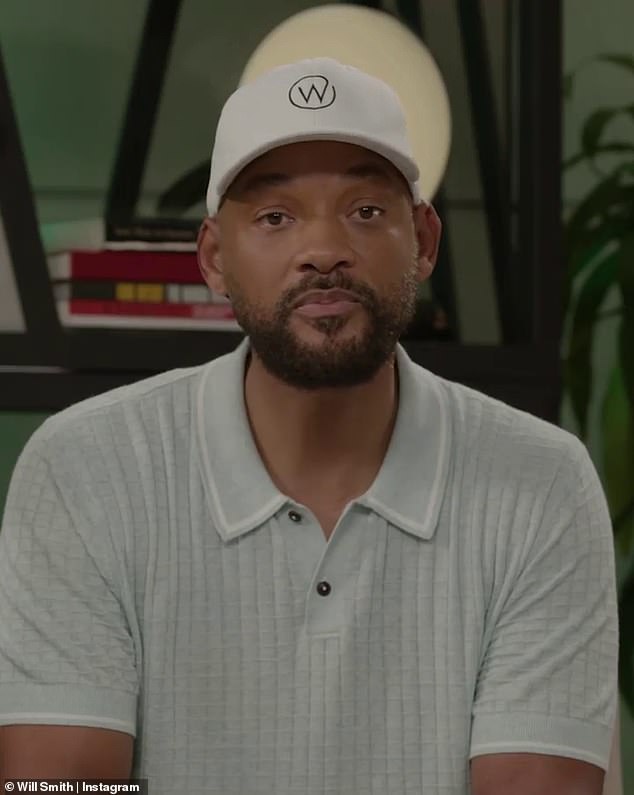 Remorseful: The I Am Legend star has made several public apologies to Rock in the months since the incident occurred

The performer also stated that he hoped that ‘the two of them find a way to find some solace in that and move past it. I just like good energy. I love to see people be the best.’

He added: ‘I still love [Smith], I still love Chris, and, you know, you can’t judge a person by one thing. Ultimately, life goes on and people grow, so give him the opportunity to do so.’

The I Am Legend star has made several public apologies to Rock in the months since the incident occurred.

He also shared a lengthy video to his YouTube account this past July in which he apologized to the comedian, his immediate family members and his wife for his conduct.

The Spiral star has also made several comments about the situation during various stand-up appearances.