One would assume that this weekend is all about Kourtney Kardashian in the KarJenner household – as she prepares for her big wedding in Italy with Travis Barker.

However, that hasn’t stopped her sister Kim Kardashian from grabbing some of the limelight.

On Friday, just as Kourtney and Travis were pictured getting ready for their nuptials, Kim posted an epic backside throwback shot of herself in a bikini sending her fans into a frenzy.

‘Sun bum,’ the 41-year-old simply captioned the thirst trap to her 312million followers, many of which took to the comments to freak out over the sizzling image. 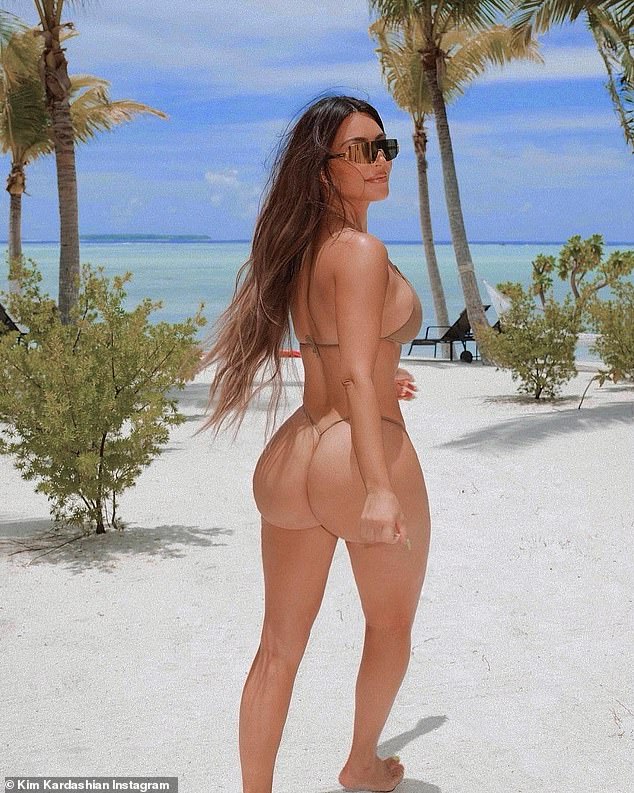 Meanwhile, as Kim was posting her racy snap, Kourtney and Travis put on a loved-up display as they were spotted in Portofino on Friday ahead of their rumoured Italian nuptials.

The reality star, 42, wore a top with her 46-year-old husband’s band Blink 182 emblazoned on the front as she held hands with him on a romantic boat ride, before arriving at their own private superyacht.

It is not yet clear if or when Kim will be joining them, but their other sister Khloe was seen arriving on Friday.

The newlyweds legally tied the knot at a Santa Barbara courthouse on Sunday, but are reportedly set to marry in a lavish ceremony this weekend. 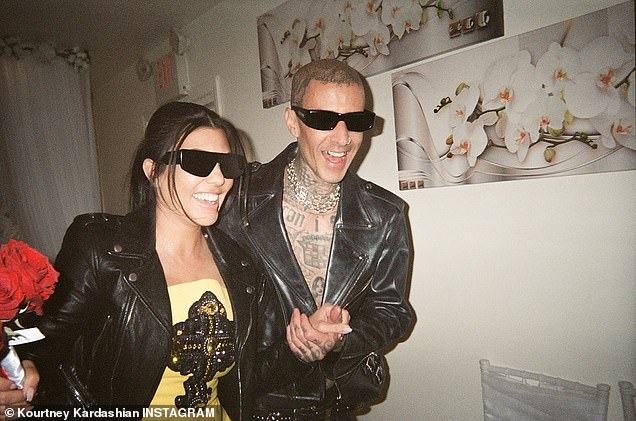 Newlyweds:  After getting hitched for the first time without a marriage license, the couple shared photos from their private ceremony

According to TMZ, Kourtney and Travis have rented the historic house museum Castello Brown located on a hill above Portofino harbour.

Her mother Kris Jenner, 66, recently revealed that she had been ‘sworn to secrecy’ about the upcoming nuptials, as she was seen out shopping in the harbour town earlier in the day.

A source revealed to People: ‘They had to legally get married first ahead of their big Italian wedding, which is happening very soon.

‘All the details are set, and the whole family, including all the kids, are very excited.’ 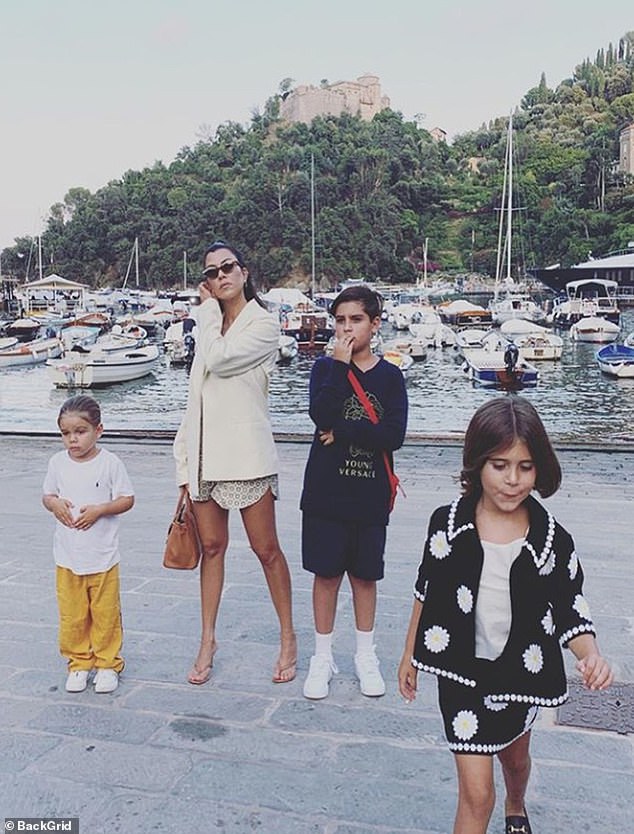 Proud mother: Kourtney is currently in Italy with her children, Mason, 12, and Reign, seven, and daughter Penelope, nine, who she shares with ex Scott Disick

With Kris telling the publication: ‘I have been sworn to secrecy. If I say one thing about a wedding, I am going to be in so much trouble!’

The couple and their children are believed to have been in the area for the past few days and were spotted earlier this week boarding a tender together.

Kourtney was wearing a black semi-sheer cover-up over a black bikini, styled with oversized sunglasses and a small black Balenciaga bag.

Kris was also spotted in Portofino ahead of the rumoured Italian wedding on Friday. 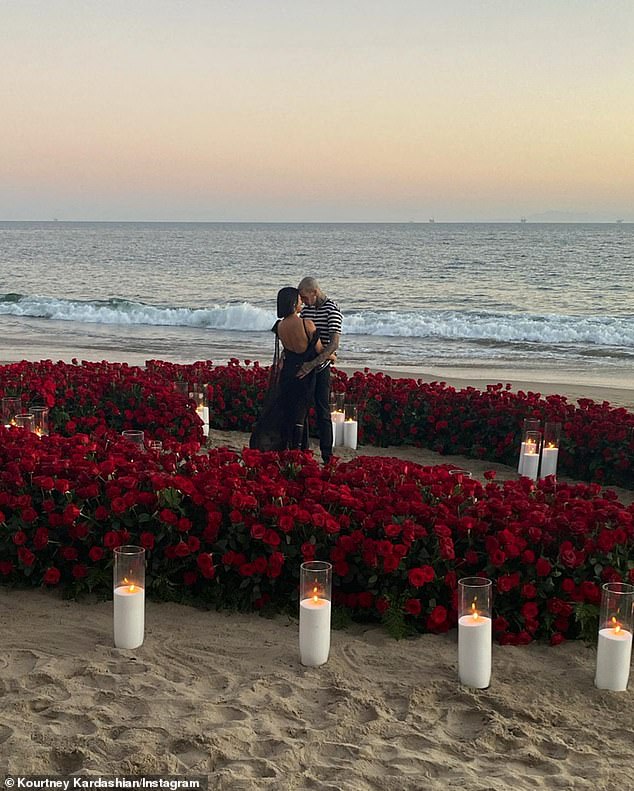 She said yes: In October, the eldest of the Kardashian sisters shared a gushing post days after her engagement with stunning snaps from the moment he popped the question with the caption: ‘I woke up all night thinking it was a dream’