Kim Kardashian’s Marilyn Monroe moment 2.0! Reality star reveals ‘back up’ dress from icon’s 1962 Golden Globes appearance that she lined up for Met Gala (but Pete Davidson rejected it)

Kim Kardashian has revealed the second Marilyn Monroe dress that she acquired as a back-up contender for her red carpet look at the 2022 Met Gala, but did not end up wearing out.

On Friday, Kim shared unseen pictures of her wearing a green sparkling Norman Norell number that the Some Like It Hot movie star had worn to the Golden Globes in 1962, and posed with actual trophy that Marilyn received for ‘World Film Favorite.’

Kim Kardashian’s SECOND Marilyn Monroe moment! Reality star reveals ‘back up’ dress from 1962 Golden Globes appearance that she lined up for Met Gala

In a video posted by Ripley’s Believe It or Not! earlier this week, Kim was heard talking about the back-up option of the green dress as she struggled to fit the Jean Louis piece around her famously large derriere, and was forced to keep the back of it open.

It comes after Kim was met with backlash for acquiring Marilyn’s 60-year-old ‘national treasure’ dress to the star-studded gala, saying she risked damaging ‘fragile’ gown for ‘an ego-boost and a photo-op.’

However, in her lengthy Instagram post to accompany the picture, Kim told fans that she had put a lot of time and research into channeling her ‘inner Marilyn’ and was grateful to Julien’s Auction for allowing her to wear the second dress. 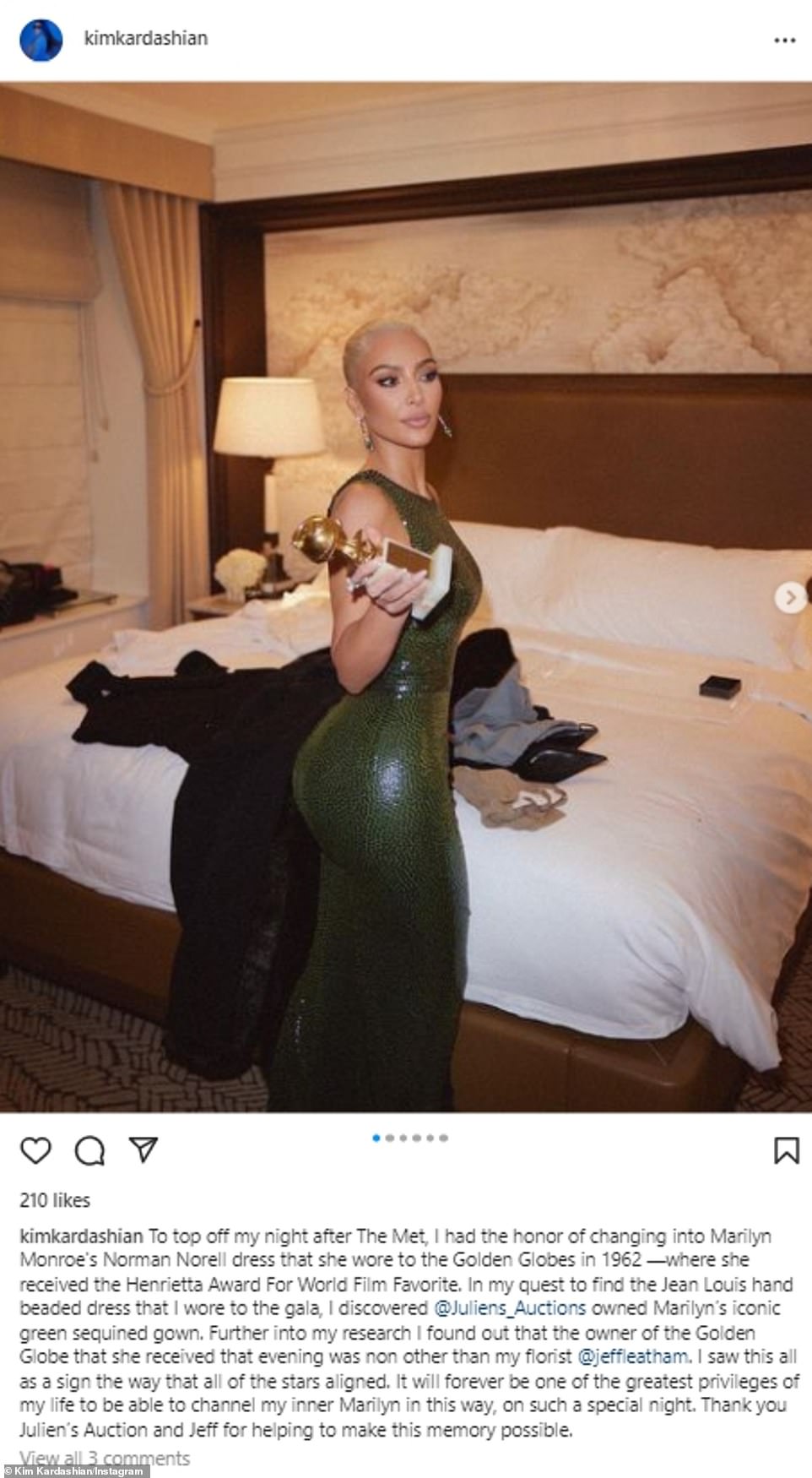 Research: Kim made it clear that a lot of time and effort had gone into her research when choosing the gown 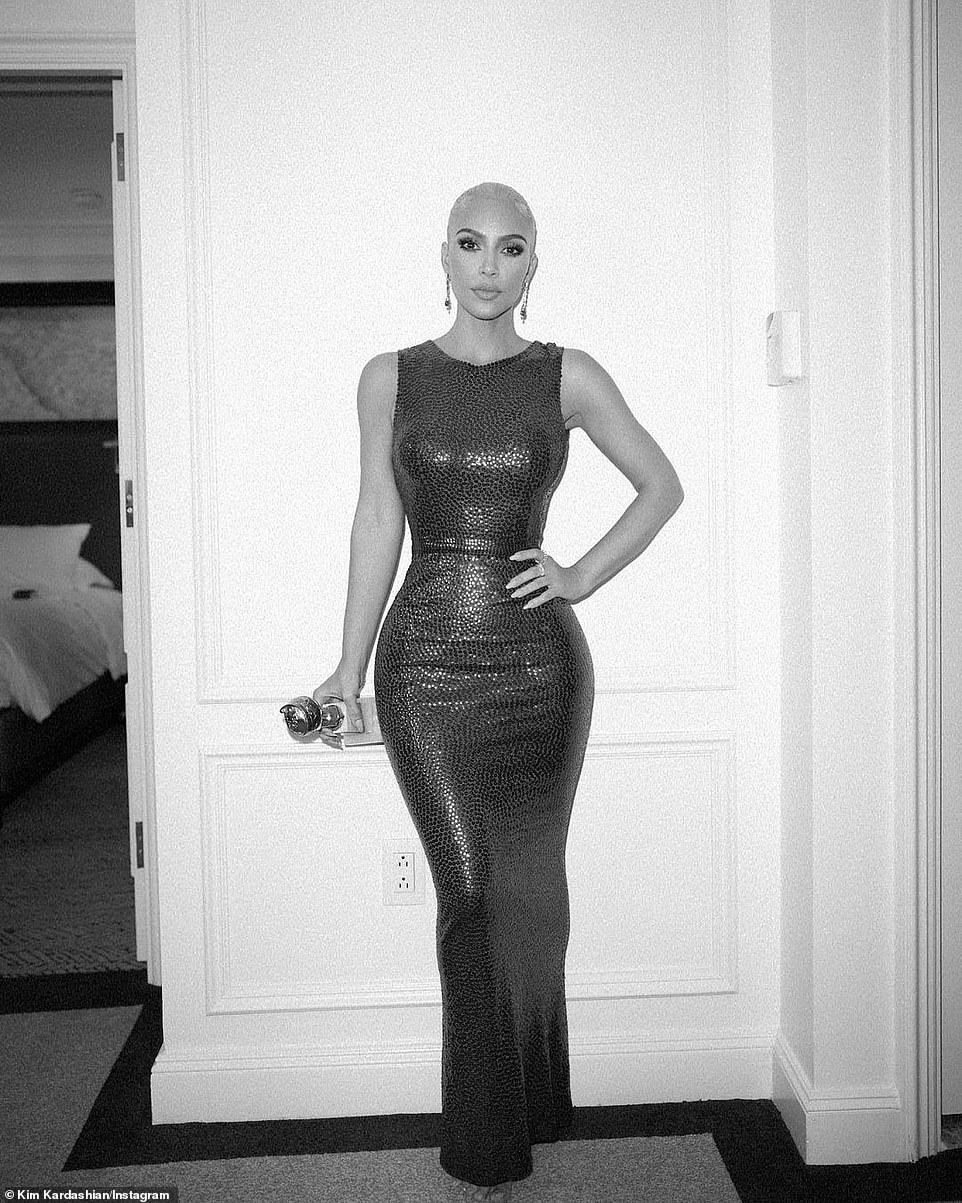 Marilyn Moment 2.0P In a video posted by Ripley’s Believe It or Not! earlier this week, Kim was heard talking about the back-up option of the green dress as she struggled to fit the Jean Louis piece around her famously large derriere 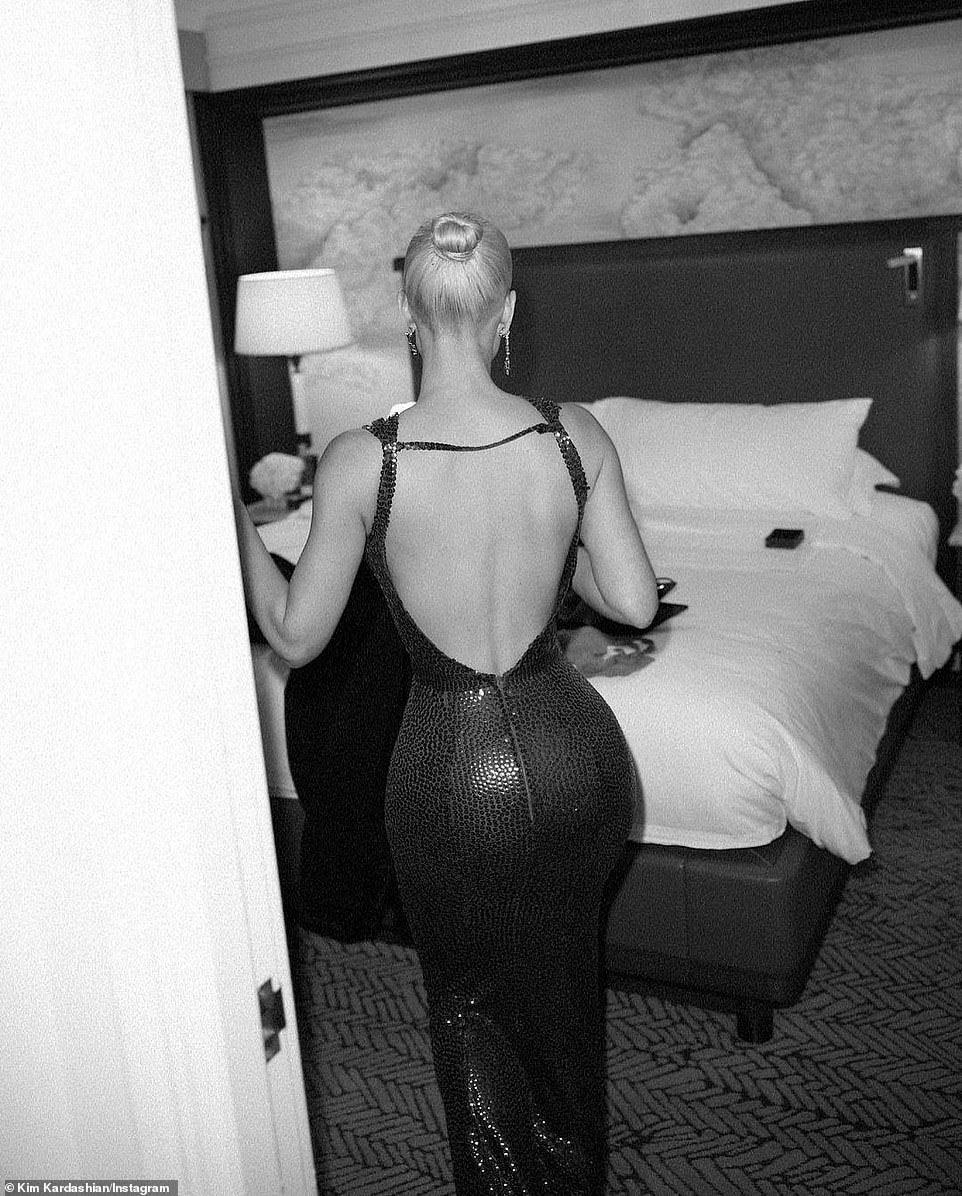 Fitting issues: Kim had struggled to get the first dress to fit, and it also appears that this second option was quite snug

‘To top off my night after The Met, I had the honor of changing into Marilyn Monroe’s Norman Norell dress that she wore to the Golden Globes in 1962 – where she received the Henrietta Award For World Film Favorite,’ Kim wrote in her Instagram caption on Friday.

‘In my quest to find the Jean Louis hand beaded dress that I wore to the gala, I discovered @Juliens_Auctions owned Marilyn’s iconic green sequined gown. Further inti my research I found out that the owner of the Golden Globes that she received that evening was non other than my florist @jeffleatham.’

She concluded: ‘I saw this all as a sign the way that all of the stars aligned. It will forever be one of the greatest privileges of my life to be able to channel my inner Marilyn in this way, on such a special night. Thank you Julien’s Auction and Jeff for helping to make this memory possible.’ 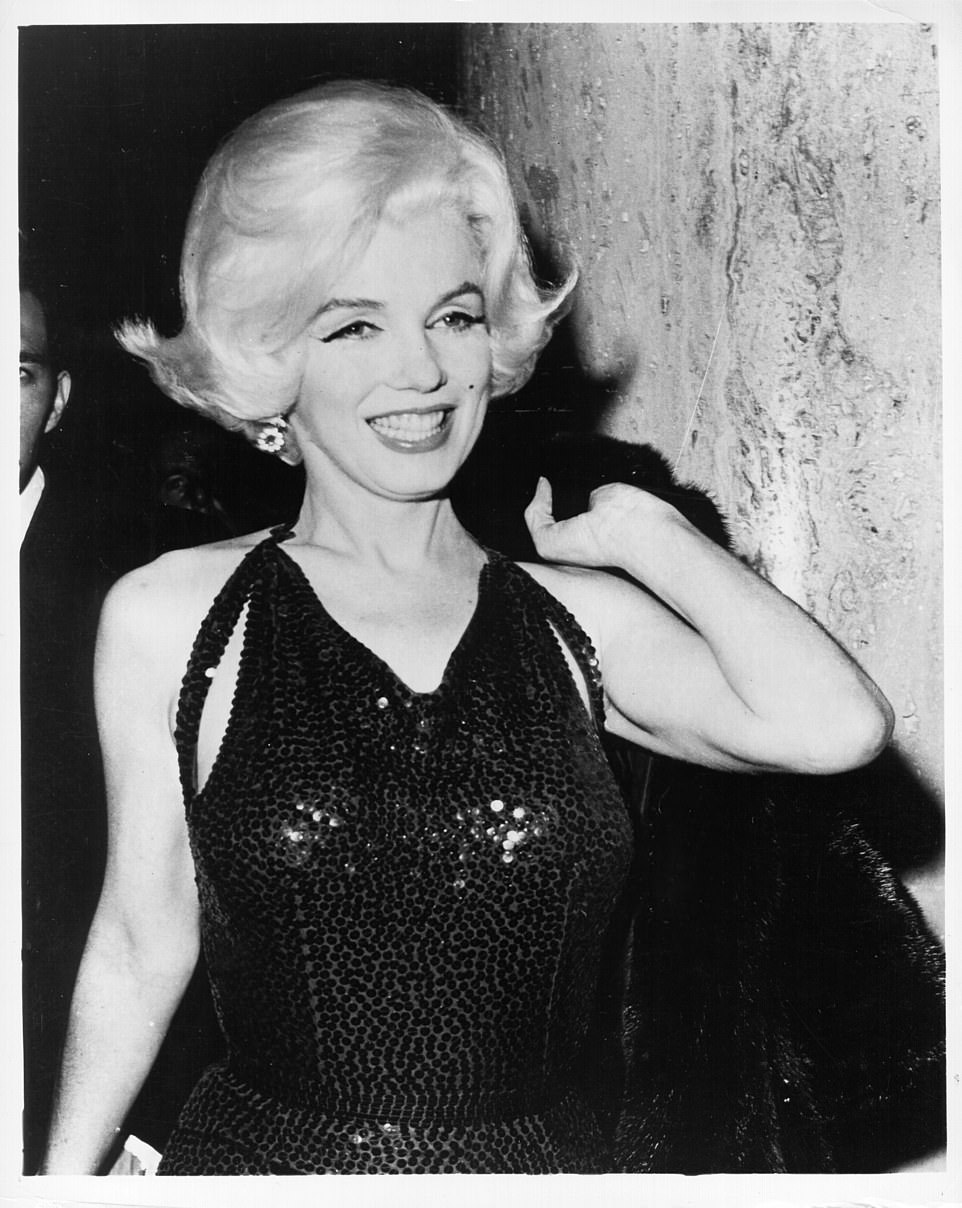 Memorable night: Marilyn at the Golden Globes in 1962 where she received the Henrietta Award For World Film Favorite

Norman David Levinson – known professionally as Norman Norell – was an American fashion designer who was famed for his elegant gowns, suits, and tailored silhouettes.

In footage released by Ripley’s Believe It or Not! Kim’s boyfriend Pete is heard saying, ‘What was the other dress?’ with Kim responding, ‘the one you said you don’t like.’

‘Oh yeah, that one looked like a Halloween party,’ Pete adds, calling it a ‘Eyes Wide Shut’ party dress. 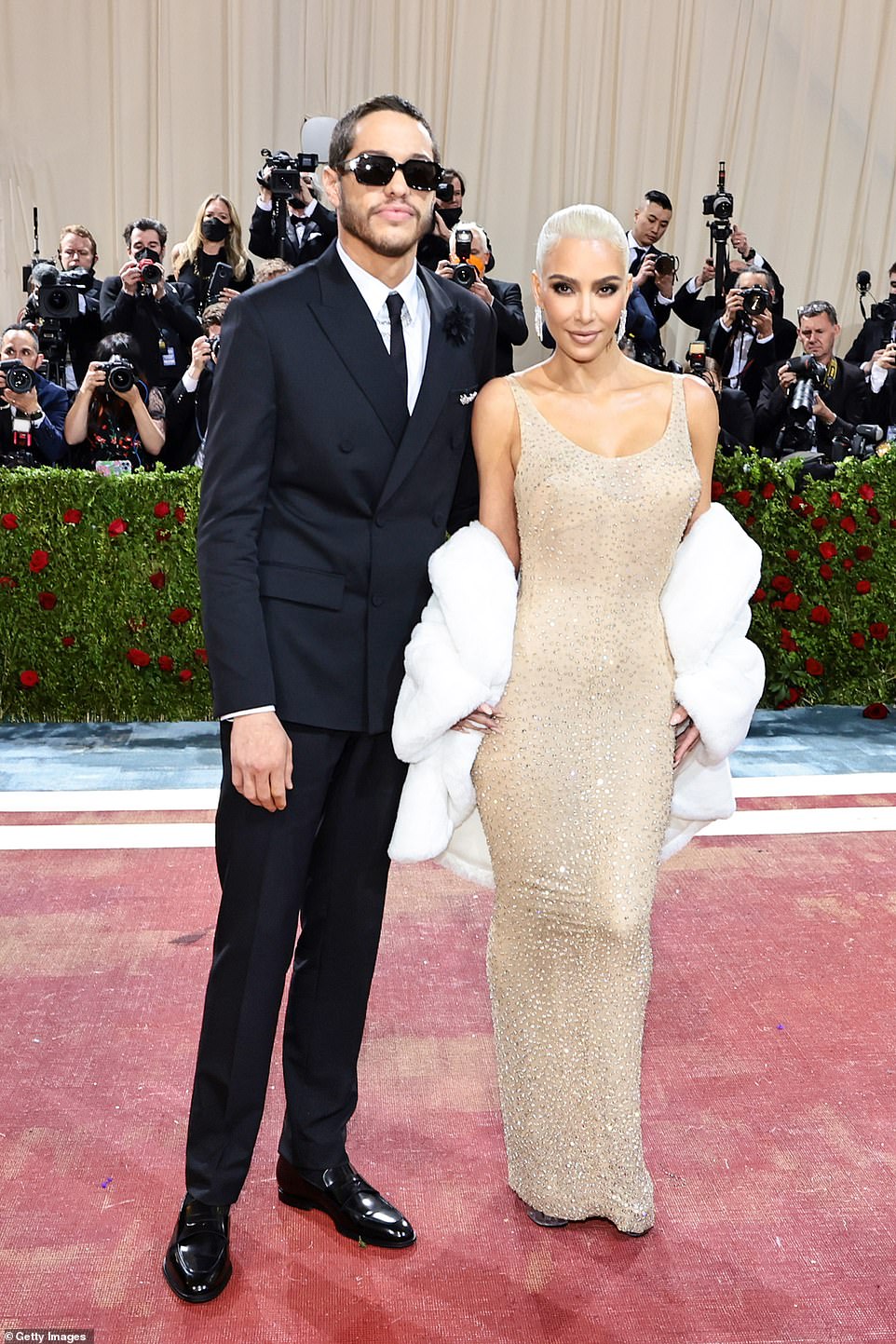