In an unprecedented move, the Queen asked Prince Charles and Prince William to take her place in the State Opening of Parliament on Tuesday. Her Majesty had only missed the key state event twice in history, both times while she was pregnant. However, on these occasions, normal procedure was followed whereby Lords Commissioners stood in for the monarch, rather than another member of the Royal Family.

Charles and William’s attendance at the State Opening has been described as a significant shift in the monarchy, pointing to the gradual transition that has seen the Prince of Wales taking over more and more.

This has seemingly escalated in recent months due to the Queen’s ill health and worsening mobility issues.

Duncan Larcombe, former royal editor at The Sun, has claimed that the Queen’s absence from the State Opening has “changed everything” and Charles could be acting as regent “within a year”.

He told The Daily Beast on Tuesday: “My understanding is that there is nothing catastrophically wrong, [the Queen] just is 96, and I suspect, for all the palace’s denials, that Charles will actually be officially installed in some kind of regency capacity within a year. 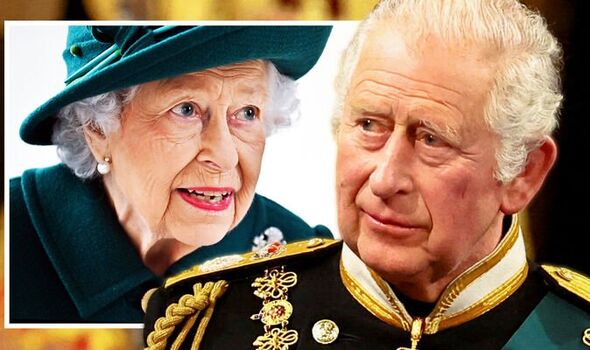 Prince Charles stood in for the Queen for the State Opening of Parliament. (Image: Getty Images)

“Tuesday changed everything. The Queen really has no option if she is continually unable to perform her role as head of state.

He added: “It’s one thing not being able to go to an engagement in Glasgow for a climate summit, but if she is now apparently incapable of doing standard, core jobs as head of state, then I think they will have to remove her, by consent of course.”

With Charles taking on more and more of the Queen’s responsibilities, it has been said that the Prince of Wales is regent in everything but name.

The Regency Act 1937 states that the monarch’s duties will be performed by a regent if the monarch is declared to be “by reason of infirmity of mind or body” incapable of performing royal functions, or alternatively if there is “evidence that the Sovereign is for some definite cause not available for the performance of those functions”.

Charles had accompanied the Queen to the state event since 2017. (Image: Paul Edwards – WPA Pool/Getty Images)

If the Regency Act were to be invoked, it is likely that Charles would be named Prince Regent.

Royal author, Angela Levin, has claimed that the Queen is “happy” about the idea of her eldest son taking over all of her duties.

Ms Levin told Sky News on Tuesday: “I personally think after the Jubilee there ought to be a big discussion to perhaps make him [Charles] prince regent.

“That means he would do all the duties, all the things that are demanded of the monarch but not be the monarch.

The Queen is reportedly ‘happy’ to handover her duties to Charles. (Image: Samir Hussein/Samir Hussein/WireImage)

“He won’t have the coronation but he will be doing everything for her with her agreement.

“I think she feels very happy about him now. Some years ago she wouldn’t but she didn’t trust him with everything.

“He’s a much happier, much more solid man, more popular with the public and I think she would be very pleased and relieved.”

Charles is the nation’s longest-serving Prince of Wales and heir to the throne.

He was officially crowned Prince of Wales at age 20, in 1969, during an investiture ceremony at Caernarfon Castle in Wales.

During that time, he has worked feverishly in his role, with his achievements including being a passionate advocate for sustainability and the environment, a cause he was mercilessly mocked for in the past, and founding the Prince’s Trust, a charity that supports young people while they get their lives on track.

Charles has had decades to studiously observe his mother perform in the role of monarch, perhaps making him the most prepared King-in-Waiting.

While his reign will be dwarfed by that of the Queen, his tenure as Prince of Wales earns its own place in history.

In a toast for his 70th birthday, the Queen described Charles as “a dedicated and respected heir to the throne.”

And in a poignant conclusion, she said: “To my son, in every respect a duchy original.”