The new head of state spoke of his grief after the second Elizabethan Age ended with the announcement that the Queen had died peacefully in Scotland. Buckingham Palace said: “The Queen died peacefully at Balmoral this afternoon. The King and the Queen Consort will remain at Balmoral this evening and will return to London tomorrow.” Her Majesty’s death at the age of 96 followed 11 months of concern over her health. 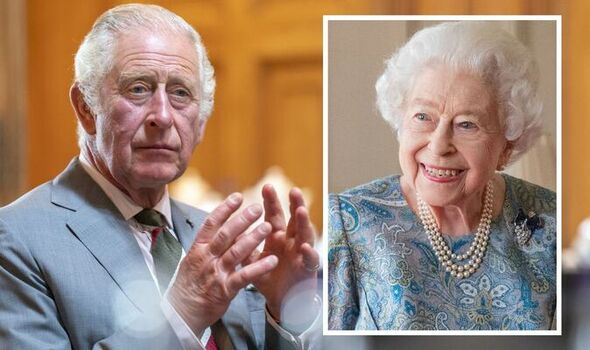 She lost a lot of weight last summer, spent one day in hospital last October for an unspecified condition and pulled out of numerous engagements citing episodic mobility problems

She had appeared frail and was ordered to rest after welcoming her departing Prime Minister Boris Johnson and his successor Liz Truss to Balmoral on Tuesday.

But her death still shocked billions around the world who had only ever known Elizabeth II as “the Queen”.

Weeping crowds singing the national anthem gathered at Buckingham Palace last night as senior royals consoled each other at Balmoral, where her body remained.

In a written address, the new King – who takes the throne at 73 after being the longest heir apparent in British history – said: “The death of my beloved mother, Her Majesty the Queen, is a moment of the greatest sadness for me and all members of my family.

“We mourn profoundly the passing of a cherished sovereign and a much-loved mother. I know her loss will be deeply felt throughout the country, the realms and the Commonwealth, and by countless people around the world.

“During this period of mourning and change, my family and I will be comforted and sustained by our knowledge of the respect and deep affection in which the Queen was so widely held.”

Smiling and resolute, the last image of Her Majesty (Image: GETTY)

Addressing the nation from outside No 10, Ms Truss announced his new title.

She said: “Today the Crown passes, as it has done for more than 1,000 years, to our new monarch, to our new head of state, His Majesty King Charles III.”

Senior royal aides confirmed that the King had chosen to keep his name rather than choosing a new official one despite occasional speculation down the years that he might choose to be known as George VII.

He was joined by his family at Balmoral last night. His sister the Princess Royal was already there but the Earl and Countess of Wessex, the Duke of York and the King’s sons Princes William and Harry all rushed to Aberdeenshire yesterday afternoon.

Ms Truss was told of the Queen’s death at 4.30pm by Cabinet Secretary Simon Case, a former private secretary to Prince William.

The King’s elder son will be known as the Duke of Cornwall and Cambridge until his father gives him the title Prince of Wales.

Two days into her premiership, Ms Truss spoke with His Majesty at 7.30pm last night. They are expected to meet several times in the run-up to the Queen’s state funeral, which is expected to be on September 19.

She later chaired a Downing Street summit on arrangements for the 12 days of national mourning, with Defence Secretary Ben Wallace, Home Secretary Suella Braverman, other ministers, police chiefs and members of the Royal Household.Dressed in black, the PM had said outside No 10: “We are all devastated by the news we have just heard from Balmoral.

The death of Her Majesty the Queen is a huge shock to the nation and to the world.

“Queen Elizabeth II was the rock on which modern Britain was built. Our country has grown and flourished under her reign.Britain is the great country it is today because of her.

“She ascended the throne just after the Second World War. She championed the development of the Commonwealth – from a small group of seven countries to a family of 56 nations spanning every continent of the world. We are now a modern, thriving, dynamic nation. Through thick and thin, Queen Elizabeth II provided us with the stability and the strength that we needed.

“She was the very spirit of Great Britain -– and that spirit will endure. In the difficult days ahead, we will come together with our friends…across the United Kingdom, the Commonwealth and the world…to celebrate her extraordinary lifetime of service.

“It is a day of great loss, but Queen Elizabeth II leaves a great legacy.”

The Queen was known for her devotion to the nation, but will also be remembered for her quick quips and her colourful fashion sense. Many fans across the nation will be in mourning today and here at Express.co.uk we want to remember the brilliant stories we all have about the Queen.

She offered the new King the nation’s loyalty and devotion, adding: “And with the passing of the second Elizabethan Age, we usher in a new era in the magnificent history of our great country – exactly as Her Majesty would have wished – by saying the words God save the King.”

The Queen had been advised to rest by doctors after a full day on Tuesday overseeing the change of Premier. She had also gone through daily paperwork and conducted a surprise investiture for her departing communicatons secretary Donal McCabe.

She had appeared on good form but suddenly felt unwell and was told to rest, abandoning a planned virtual Privy Council meeting with the new Cabinet on Wednesday evening.

Aides suggested she had simply overdone it but an abrupt change in tone came yesterday lunchtime in this statement: “Following further evaluation this morning, the Queen’s doctors are concerned for Her Majesty’s health and have recommended she remain under medical supervision. The Queen remains comfortable and at Balmoral.”

Notes were passed in the Commons to Ms Truss and other leading politicians, as concern mounted. Charles and Camilla were in Ayrshire when told the Queen’s condition had worsened.

Looking anguished, they were driven to Balmoral as other senior royals flew up from London. William, Edward, Sophie and Andrew were on the plane. The Duchess of Cambridge stayed in Windsor as her children were on their first full day at school.

The Duchess of Meghan, still not speaking to much of the family, was said to have stayed at Frogmore Cottage in Windsor. Harry pulled out of a charity event and flew to Balmoral as the family reunited to mourn a woman who bestrode the world as a colossus of continuity, dedication and service.