Kristin Davis was among the people who lent their support for Canidae’s Puppy Playdate Event in the Burbank neighborhood of Los Angeles.

The event not only celebrated the launch of the company’s first Kibble Refill it also served as a promotion for the adoption of abandoned and homeless dogs.

The Sex And The City star was the picture of casual-cool in the fashion department when she showed up decked out in an all-denim jumpsuit as she posed alongside some of the pooches that need a forever home.

The actress also wore a pair of black leather boots,  and her dark brown tresses were styled long and flowing well past her shoulders with a part off to the right.

Davis, 56, snuggled up with an assortment of dogs that were brought to the event by the local Deity Animal Rescue.

She also helped promote the reusable bags and the refill station, which is part of Canidae’s and Petco’s push for a more green environment. 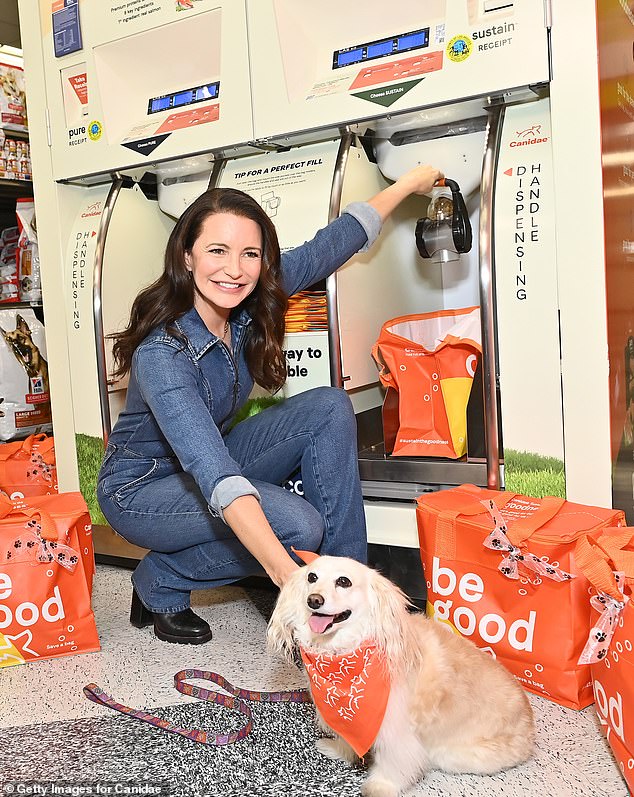 Going green: The event not only celebrated the launch of the company’s first Kibble Refill it also served as a promotion for the adoption of abandoned and homeless dogs 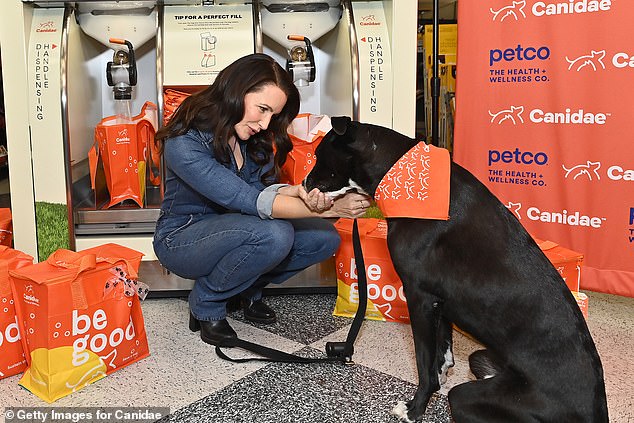 The actress posed with several dogs that were brought to the event by the Deity Animal Rescue And Foundation, located in nearby Beverly Hills

Davis also couldn’t resist striking a few poses with Lee Asher, the founder of The Asher House, a non-profit organization that promotes people to adopt rather than purchase for pets.

Before the COVID-19 pandemic, Asher and his pack of pooches hosted adoption events in cities around the country to encourage people to rescue dogs rather than shop for them. Recently, Asher’s events have been replaced with virtual meetings.

‘You guys! This is Lee Asher from @theasherhouse ! I love him and the work he does rescuing so many homeless and abandoned pups . I am fan girling out here when I met him unexpectedly at the launch event for @canidaepetfood kibble refill station @petco,’ Davis wrote in the caption of a photo of herself with Asher, before turning the subject to the event’s effort to promote a more green world. 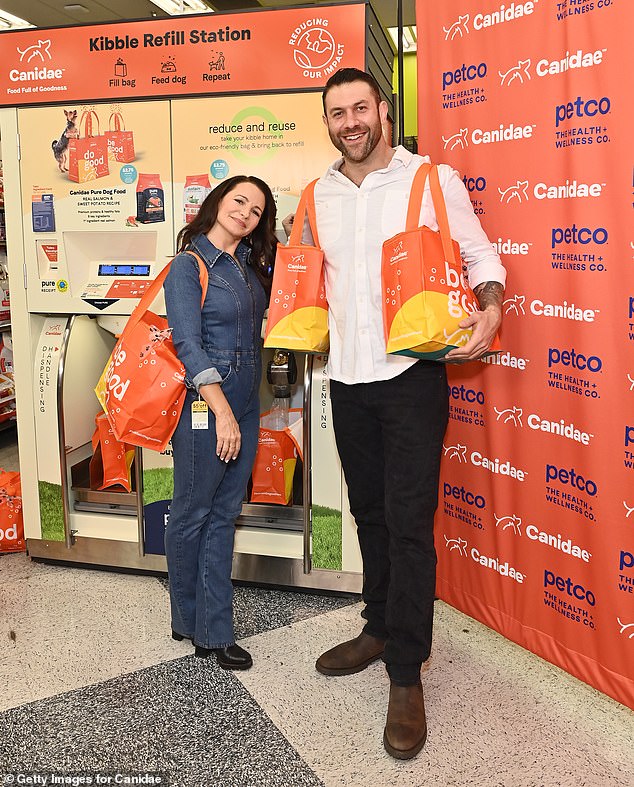 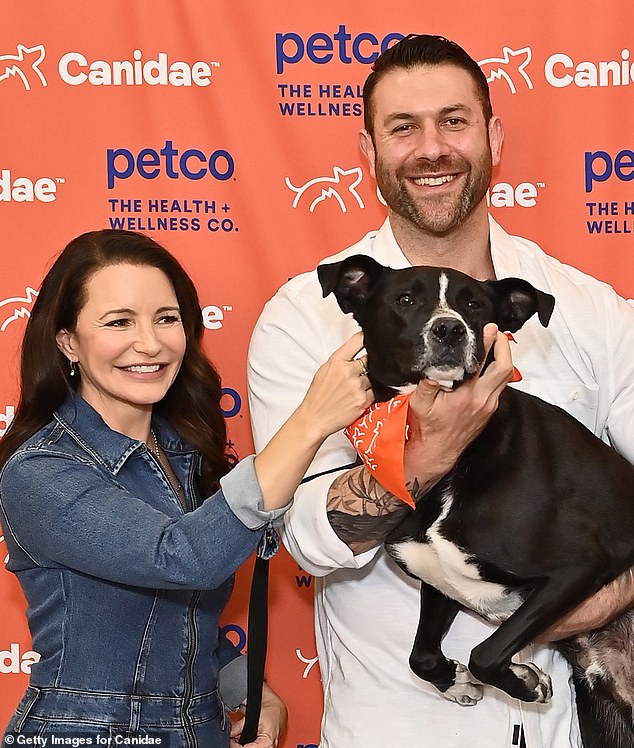 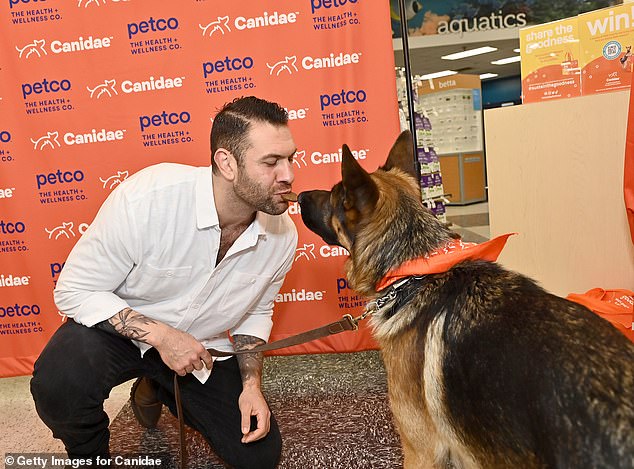 Making a difference: Asher is the founder of The Asher House, a non-profit organization that promotes people to adopt rather than purchase for pets

‘This new eco- friendly station that will save you money on your Canidae dog food AND save 50,000 plastic food bags from ending up in landfills this. year! Did you know that 300 million pounds of pet food bags end up in landfills every year? @canidaepetfood is committed to making it easy for you to GO GREEN with your pet food! I love their commitment to rescue organizations like my favorite @deityanimalrescue And @theasherhouse #ad.’ 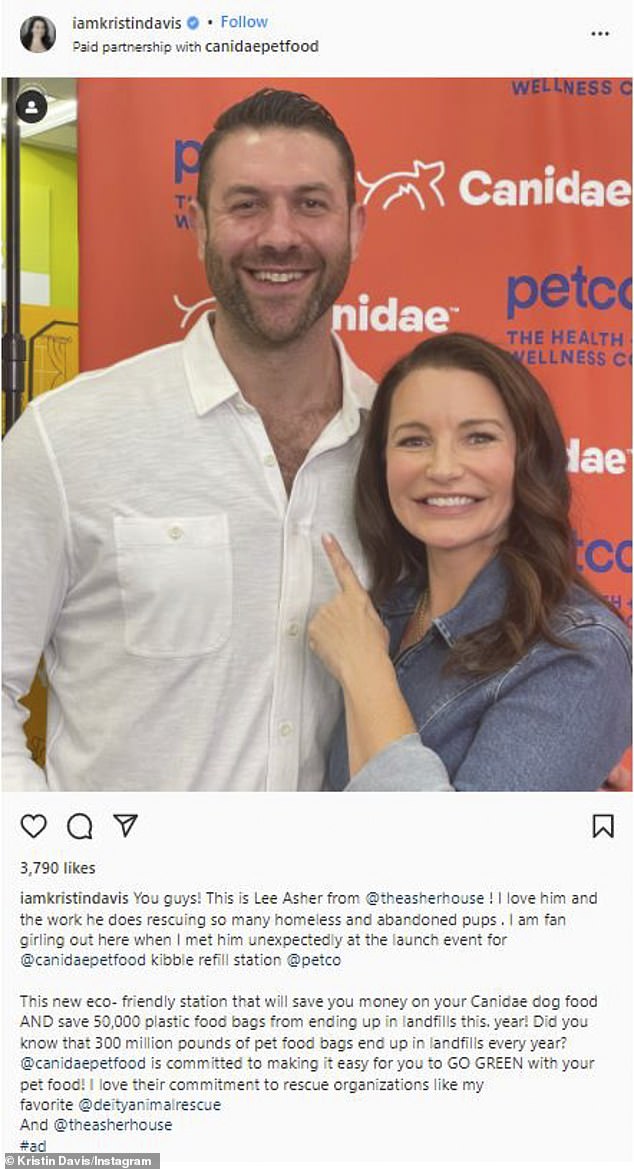 Promoting adoption: The And Just Like That star made sure to promote Asher’s dog adoption and educational non-profit The Asher House on her Instagram page

Davis also posted a few pictures of herself with the dogs at the refill station on her Instagram Story.

‘Loved being with Chloe from @deityanimal rescue at the @canidaepetfood kibble refill launch,’ she wrote at the bottom of one photo.

She also thanked Deity Animal Rescue for ‘bringing the pups’ to the event.

Mario Lopez also lent some star power to the launch party, showing up with his wife Courtney Lope by his side. 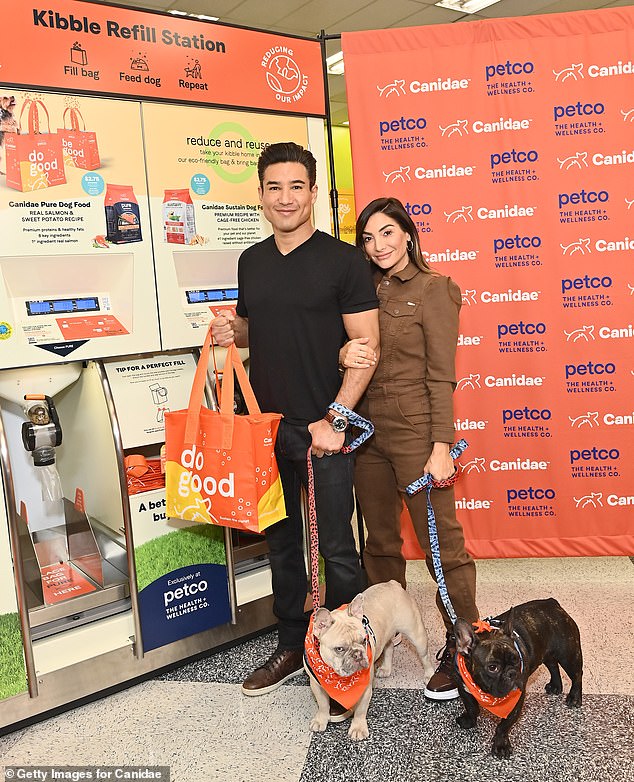 More star power: Mario Lopez and his wife Courtney Lopez were among the people who lend their support for the event 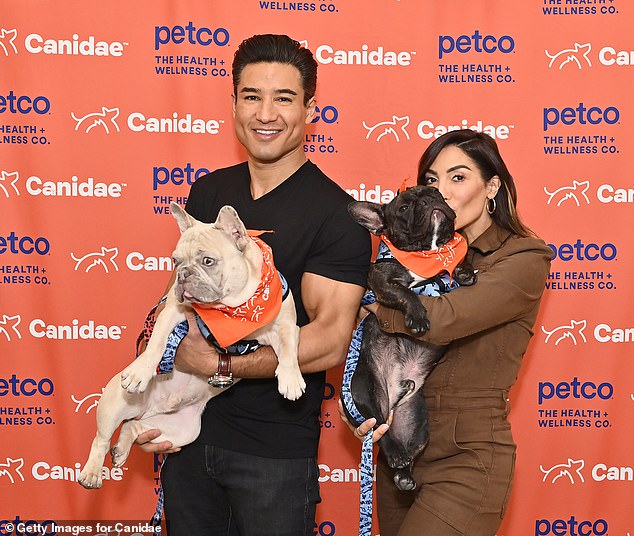 Promo mode: The couple struck poses with dogs that need to be adopted

The actor and television personality looked fit and trim in dark denim pants and a black t-shirt combination as he too snuggled up with a few of the dogs that need to be adopted.

His wife of nine years also posed with some of the cute dogs dressed in a brown jumpsuit and matching sneakers.

The Deity Animal Rescue And Foundation, located in nearby Beverly Hills, promotes both adoption and foster care of dogs. Its mission is to ‘educate and empower people of all ages as to how they can make a difference in the lives of animals in their homes + communities.’ 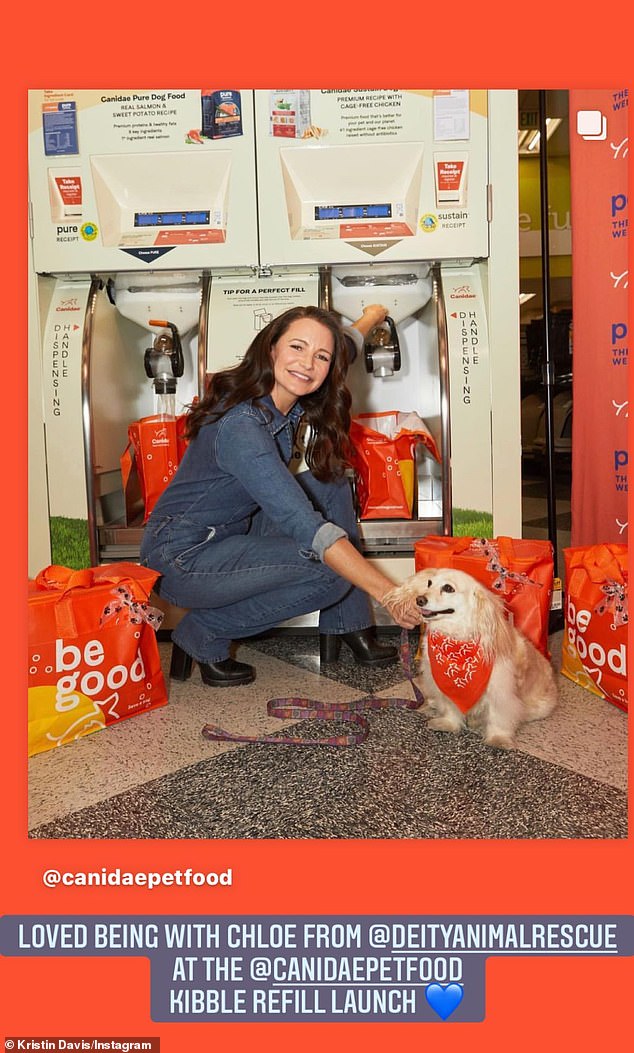 Social push: Davis thanked the Deity Animal Rescue for bringing the pooches to the event 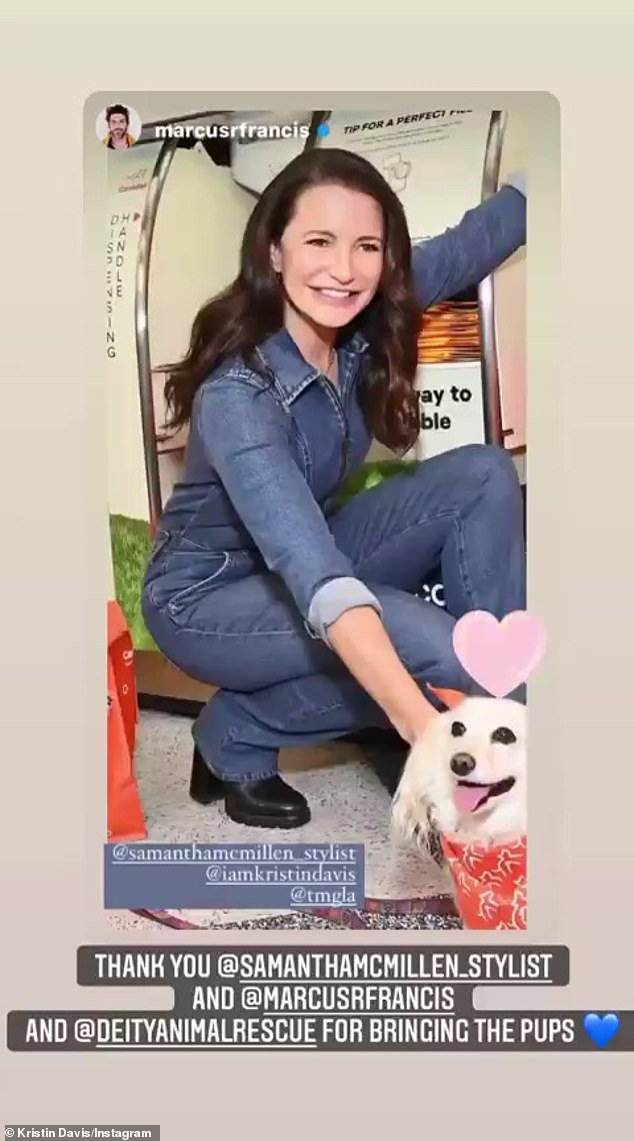 Pushing adoption: The actress also shared another image of her with an adorable dog up for adoption 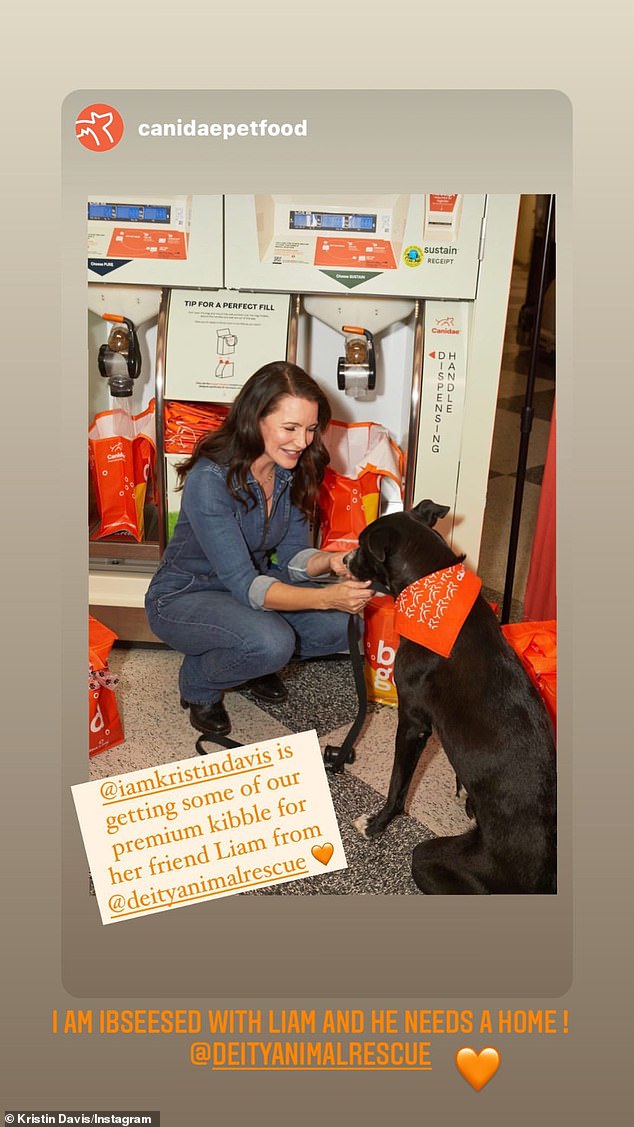 Animal rescue: Davis also pushed for her friend Liam to be adopted