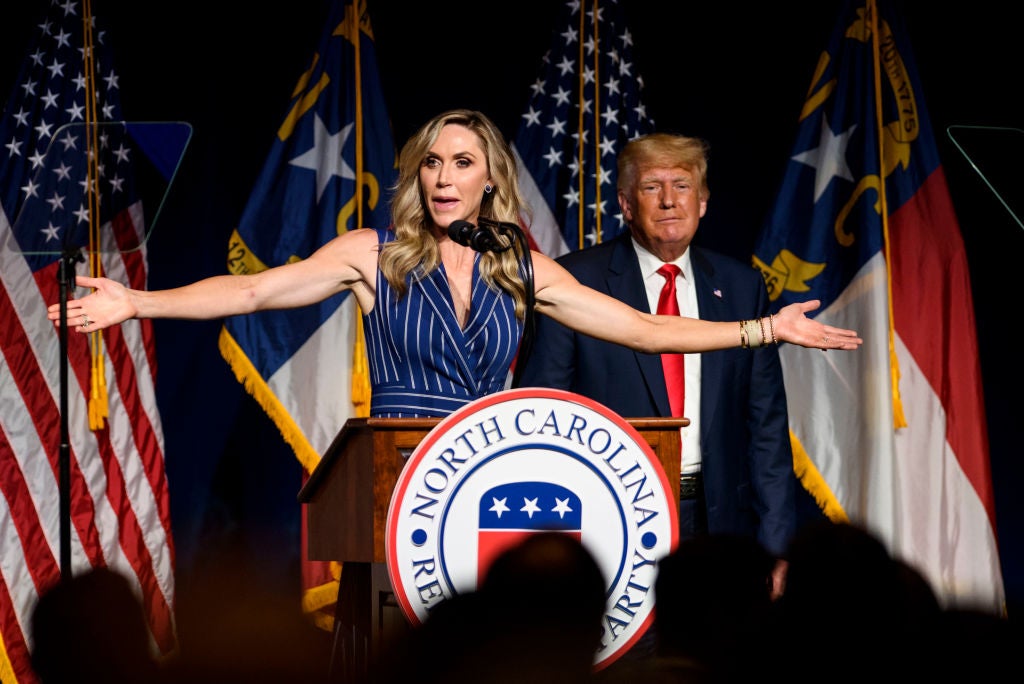 Lara Trump, the wife of Donald Trump’s son Eric, has said she thinks the rise in the price of Thanksgiving turkeys is down to a Democrat plot to ruin American traditions.

“They have told us from the beginning that they want to fundamentally transform America,” she said of Democrats.

“How do you do that? You have to transform American from the inside out, you have to take away our traditions. It might seem a little funny and a little ridiculous – don’t have a turkey – then people won’t come over.”

She went on to say that it was part of a bigger Democratic strategy to “divide Americans up”.

“Last year, remember, they didn’t want us to get together, so I guess we’re lucky they’re letting us have Thanksgiving this year,” Ms Trump added.

In 2020, the CDC advised against travelling for Thanksgiving, but stopped short of an outright ban. At the time, Covid infections in the US were surging. The government announced a ban on alcohol past 10pm, in a bid to curb infections.

In 2021, inflation is driving the prices of goods up. Those celebrating a traditional Thanksgiving are paying premium prices for their turkeys – which are estimated to be around 15 per cent more expensive than in the same period in 2020, according to data firm NielsenIQ.

“They don’t care that Thanksgiving costs a lot more, whether you are driving to somebody’s house, paying for all that food on the table,” continued Ms Trump.

There has been a 6.2 per cent increase over the last 12 months on goods, including food and energy, indexed by the Consumer Price Index (CPI) inflation report.

Vaccinations have eased coronavirus worries this year around the holidays, with 53 million Americans travelling around the country to celebrate Thanksgiving with friends and family.

The Independent has contacted Fox News for further comment on Ms Trump’s opinions.

One in 65 people had Covid in England last week as cases started to rise again, official data shows