Fans of comedy legend Larry David got disappointing news on Monday evening when his upcoming HBO documentary was pulled at the last minute.

The network was expected to premiere The Larry David Story — which included a sit-down interview with David’s friend and collaborator Larry Charles — on Tuesday night.

But in a tweet posted by the HBO Documentaries account, the network announced that David, 74, wanted another crack at the interview. 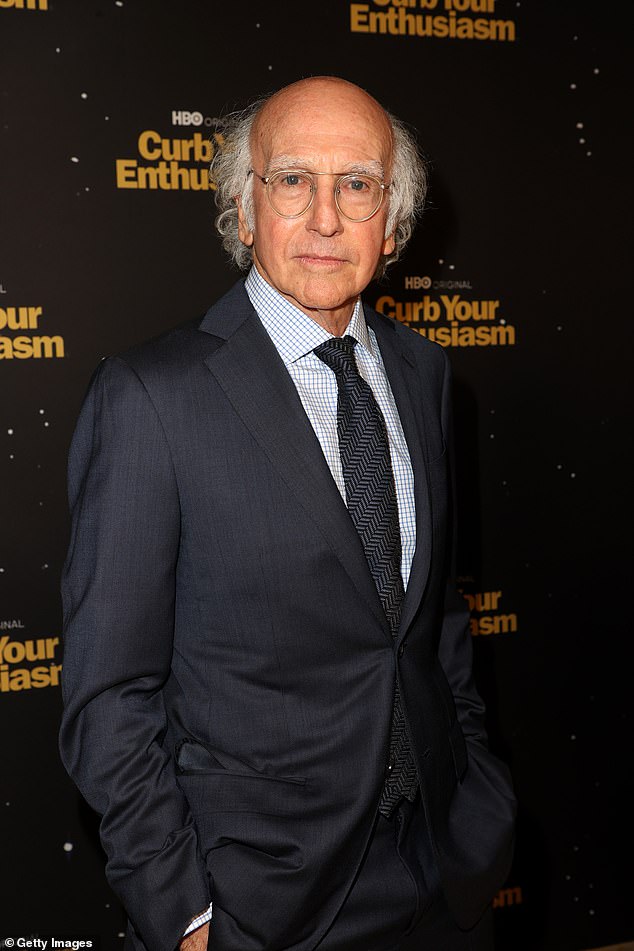 Pulled: HBO announced Monday that its documentary The Larry David Story — which was set to premiere the following day — had been shelved; Larry David seen in October in LA

‘The #LarryDavidStory on @HBOMax is being postponed,’ the account announced. ‘Instead, Larry has decided he wants to do it in front of an audience. Stay tuned for more info.’

HBO representatives didn’t comment on the announcement of the special’s postponement.

The original trailer for the documentary, which was released earlier in February, was comprised exclusively of interview footage between David and Charles, though its unclear if the entire film was just a conversation, or if other figures close to the comedian were interviewed.

After the announcement that the special had been pulled, the YouTube trailer for the film was made private.

Doing it live: The tweet announcing the postponement said David wanted to record the interview ‘in front of an audience’ 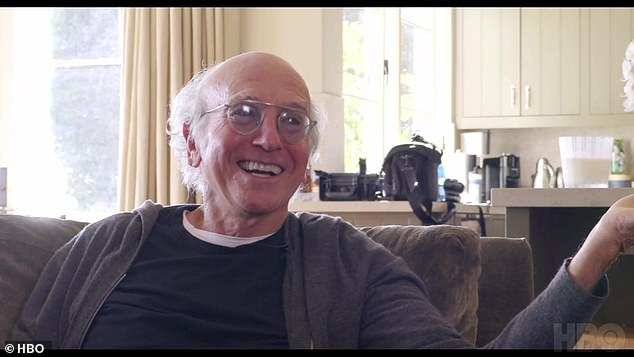 Up in the air: It’s unclear if the Larry Charles–directed documentary will ever see the light of day now, or what David’s objections to it were; still from The Larry David Story trailer

It’s unclear what David’s objections were to the special, or if the original filmed version will ever be released now.

HBO didn’t provide any details about when the conversation with an audience would be filmed, or even if Charles — who has directed several episodes of Curb Your Enthusiasm and was previously a producer on the series — would be the one chatting with him.

The original documentary was intended to be shown in two parts, titled American Jewboy and The Jewish Fountainhead.

The last minute postponement might sound familiar to die-hard Curb fans, as the hour-long 1999 special that the show was inspired by featured David playing a more neurotic version of himself as he plotted a comeback standup special for HBO — only for him to get nervous at the last minute.

In order to get out of performing, he makes up a transparent lie about his stepfather (who doesn’t exist) coming down with a serious illness. 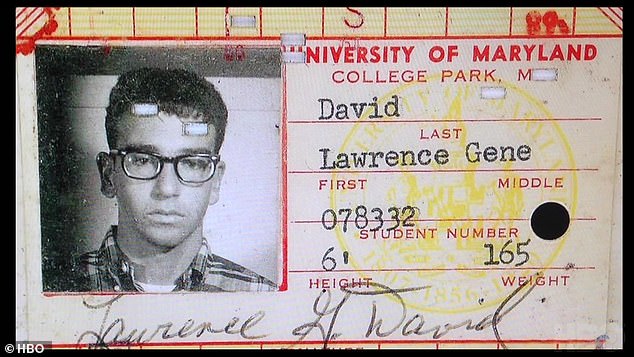 The beginning: ‘I never thought of myself as being funny,’ David admits in the trailer, though he says he turned to comedy when he was 25 and totally adrift because he noticed people would laugh when he talked

In the show’s original trailer, David admitted to Charles that he feels like a ‘total fraud’ because of how different he is from his on-screen character.

‘I never thought of myself as being funny,’ David admits at the start of the trailer. ‘Anything that I was associated with that could be successful was a shock.’

He adds that he was adrift at 25 and didn’t know what to do with his life, though he noticed that people would laugh when he started talking, which left comedy as a viable path.

The Whatever Works star also joked about how his incredible success was never quite enough for his mother. 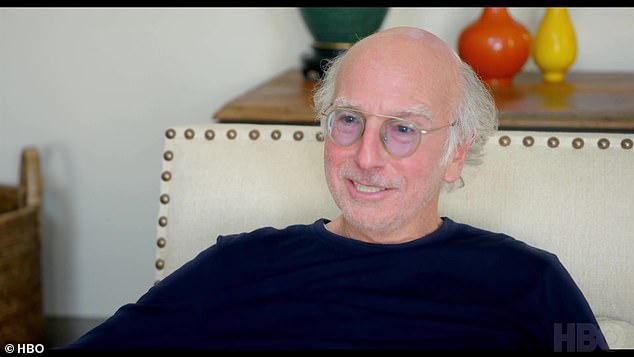 Can’t please some people: The Seinfeld co-creator joked that his mother didn’t totally believe he was a success even after his show hit the number one spot in the ratings

‘My mother would call me up and go, “Larry, do they like you? Do they tell you you’re doing a good job?”‘ he recounted.

‘”Yeah, Ma, they like me. [Seinfeld] show is number one in the country,”‘ he replied.

‘”But did they tell you, do they think you’re doing well?”‘ David remembered his mother pressing him.

He admitted that the version of himself that he plays on Curb Your Enthusiasm is a more extreme version of the truth teller he wishes he could be. 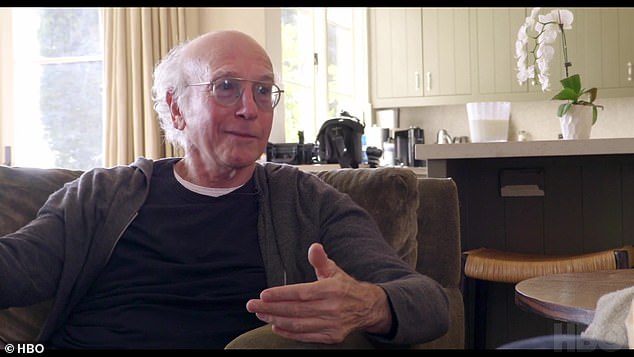 Putting on a mask: ‘The Curb outlet for me is this guy I want to be,’ the comic shared. ‘He’s completely honest, just the opposite of who I am. And it’s a thrill’ 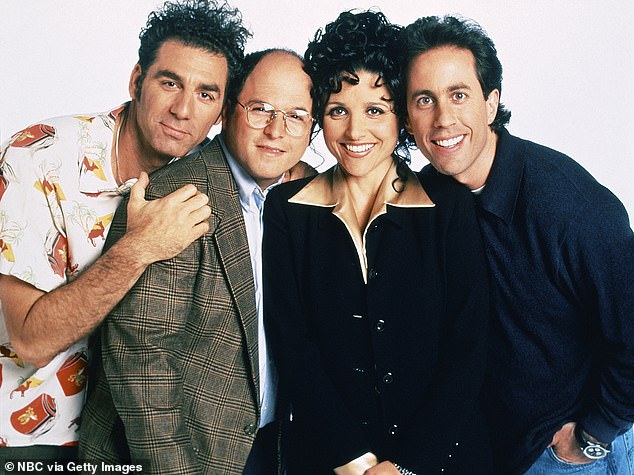 Iconic: David’s biggest success was Seinfeld, which he co-created with the star. The series was a hit after its first few seasons and has gone on to be one of the most influential comedies ever; (L–R) Michael Richards, Jason Alexander, Julia Louis-Dreyfus and Jerry Seinfeld

‘I am a total fraud. And the Curb outlet for me is this guy I want to be,’ the comic shared. ‘He’s completely honest, just the opposite of who I am. And it’s a thrill. I got lucky and I’ll leave it at that.’

David’s biggest success was with the sitcom Seinfeld, which he co-created with star Jerry Seinfeld.

The series became a hit after its first few seasons and has gone on to be one of the most influential comedies shows of the 20th century.

But two years after its 1998 finale, David returned to television in a starring role with Curb Your Enthusiasm, in which he plays a version of himself that turns up all of his worst qualities to comedic affect.

The show’s eleventh season wrapped up in December of last year. 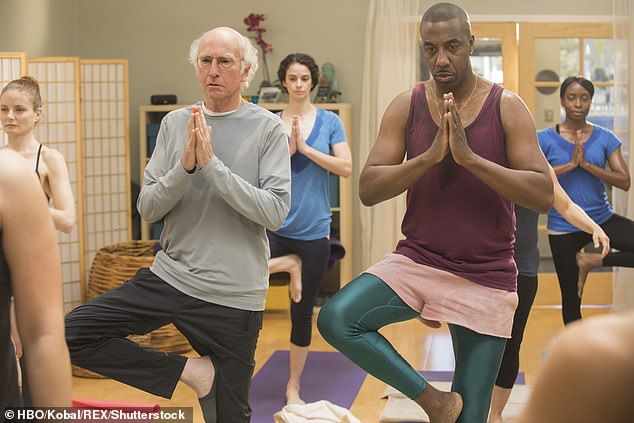