By Matt Davey For Mailonline

Ashley Roberts put on a leggy display in a retro geometric print mini dress and knee high boots when she was pictured leaving Heart radio in London on Thursday.

The radio host, 41, complemented her outfit with a pair of £350 knee high boots from high street store Reiss.

The Pussycat Doll singer also carried a Balenciaga black croc mini hourglass bag by her side for her fashionable display. 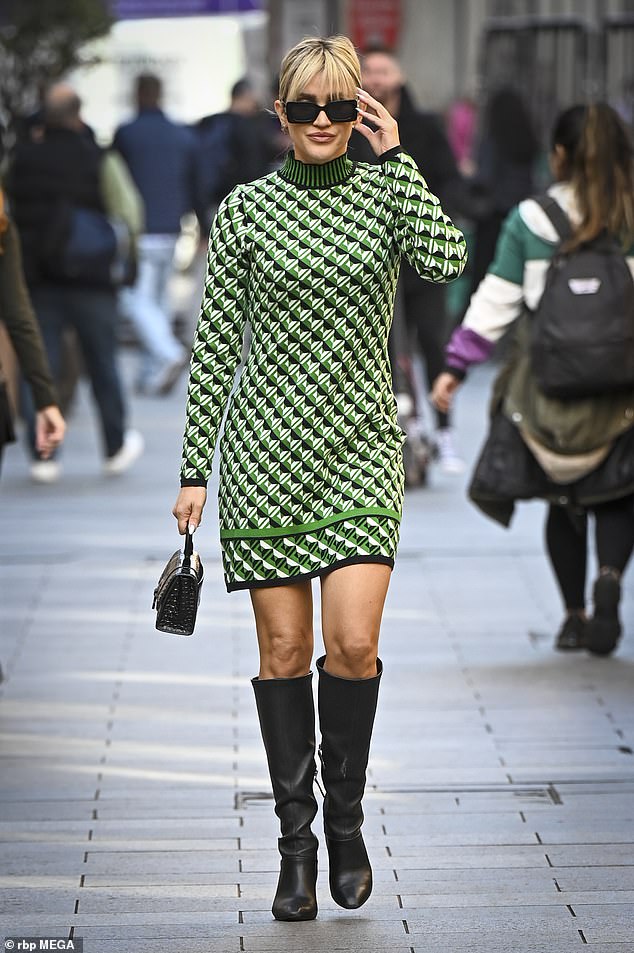 Ashley took to Instagram Stories to share a snap of her look from inside the studios, informing her fans that her dress is from Warehouse if they wanted to steal her style.

She spent the morning uploading photos to her Instagram account as well as a video from within the Heart Radio studios of herself and a cardboard cutout of Ant-Man star, Paul Rudd.

In the video Roberts can be seen pouting alongside the Hollywood actor’s life-size carboard cut out as well laughing in a ‘Mr & Mrs’ type TikTok video.

A voice off camera can be heard asking questions like: ‘Who wears the pants? Who needs the most attention?’

They also ask: ‘Who is the most attractive?’ as the former Dancing on Ice judge points between herself and the Paul Rudd cut out.

It’s the latest in a long line of videos that Ashley posts on her social media pages.

The popstar turned presenter appeared on our television screens earlier this year as she hosted The Real Dirty Dancing on Channel 4 alongside Keith Lemon.

The movie inspired the performer in her career as she stated: ‘I just loved dancing growing up so for me Dirty Dancing was extra special.’ 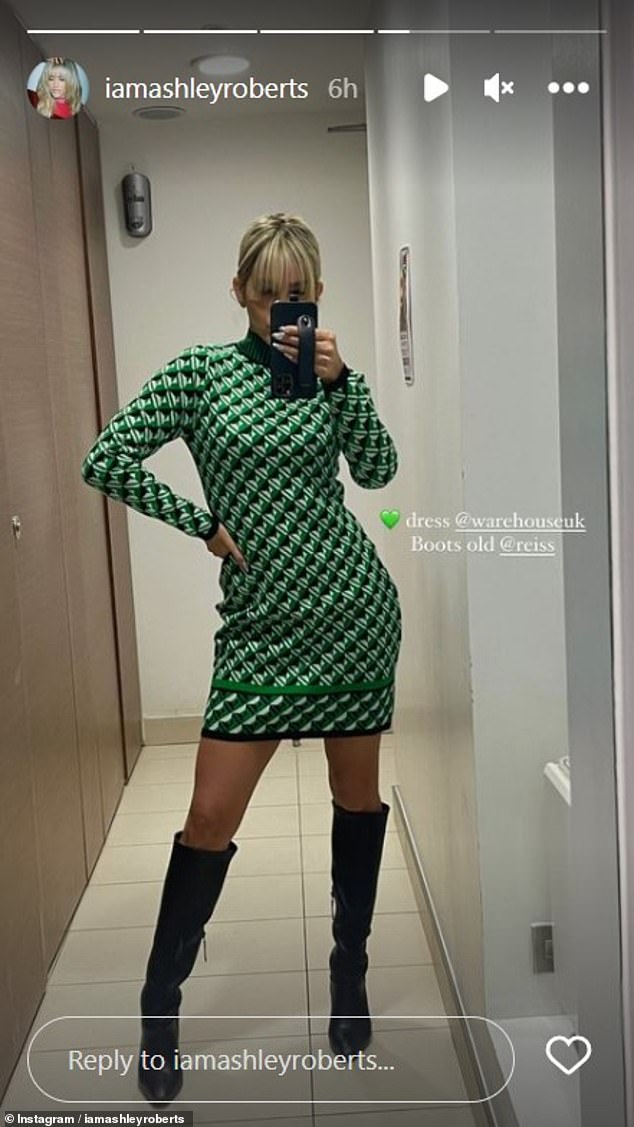 Strike a pose! Ashley posed for pictures inside the radio studios and shared the results on social media