Nigel Rees talks on why he left the BBC

However, revealing his reasoning for calling it a day, he said he had been left disheartened by “prescriptions” to have “diverse groups and disabled guests”.

Mr Rees told the Sunday Times: “I didn’t agree with it at all but I went along with it because I had to.

“It came from upstairs and it seemed to be a general priority.”

He explained: “I am not willing to go on having my choices interfered with in order to tick boxes in the name of diversity and representation. It is difficult having it enforced for the sake of it. 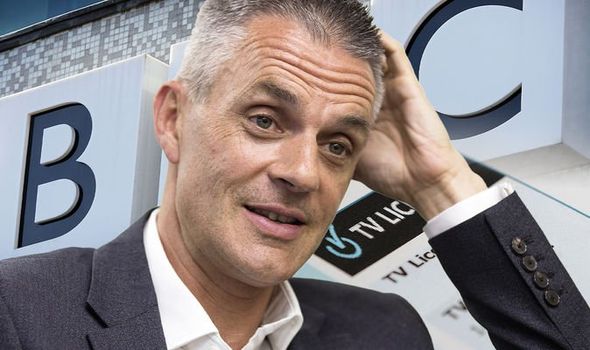 “It is also patronising, not least to the people who don’t want to be on because they feel they are ticking a box.”

He told Express.co.uk: “Anyone with any sense knows the BBC’s licence fee days are numbered, and they only have themselves to blame.

“What we need to ensure is that we break up and sell off the institution and give the money back to the licence fee payer, rather than gifting another multi-billion pound institution to woke liberals as reward for their own failure.”

Mr Harris-Quinney explained: “For years we were told that the BBC makes every effort to provide balance, but what the BBC do on programmes like Question Time is have a Conservative MP, a Labour MP, and a Liberal Democrat MP on and argue that represents balance, when the reality is they are all of the liberal metropolitan world view, with minor differences on the nuances of policy.

“The BBC operates with a metropolitan liberal bias, which allows it to point to criticism from conservatives and left wingers as evidence of its balance, whereas it actually represents a very distinct and narrow world view.

“Most people in Britain are not metropolitan liberals, but almost no one on the BBC isn’t.”

Mr Harris-Quinney claims to have worked with “almost every major media organisation in the world: but said the BBC was “by far the worst I have encountered for bias, and in my case outright lies”.

He added: “What Talk Radio and GB News have exposed is that there is an entire parallel universe of guests, speakers, and organisations who the BBC have ignored for decades, the question for the BBC is why haven’t they been having these speakers on?

“It is particularly pronounced outside of news media.

Such views would likely be dismissed by the BBC as “too controversial or offensive”, ventured Mr Harris-Quinney.

He added: “They don’t stop to consider for a moment that many people find liberal views offensive, and probably to greater numbers of people.”

He continued: “Having people of different races and genders is absolutely meaningless, the question is what viewpoint are they presenting?

“If all viewpoints aren’t represented, then the BBC isn’t doing its job, and they have no business charging us for the privilege of pushing their very obvious liberal propaganda, however many races and genders they use to do it.”

“Nigel Rees says he left due to the corporation’s ‘tick-box nannyism’ that saw them asking him to change song lyrics for ‘reflecting colonial attitudes’ and shoehorning in diverse guests.”

Mr Rees’s remarks heap more pressure on the BBC, already under close scrutiny over the salaries paid to its top earner, not least Match of the Day host Gary Lineker, who earns £1.3million a year.

On Thursday it was confirmed Deborah Turness, the incoming CEO of BBC News, will earn £400,000 a year, £60,000 more than her predecessor Fran Unsworth.

Why did Experian send 24 emails and offer me 39 separate credit cards?