Lily Collins wishes her mother happy 66th birthday: 'Love you to the moon and back again'

Lily Collins ‘appreciates and respects’ her mother as she wishes her a happy 66th birthday: ‘Love you to the moon and back again’

She has been reveling in the success of her hit series Emily In Paris and her latest film Windfall, which was directed by her husband Charlie McDowell.

But on Saturday, Lily Collins took time out from all the Hollywood hustle and bustle to wish her mother, Jill Collins, a happy 66th birthday.

‘Happy birthday mom!’ the appreciative daughter began, in the caption of a throwback snap of herself as a toddler and her mother. 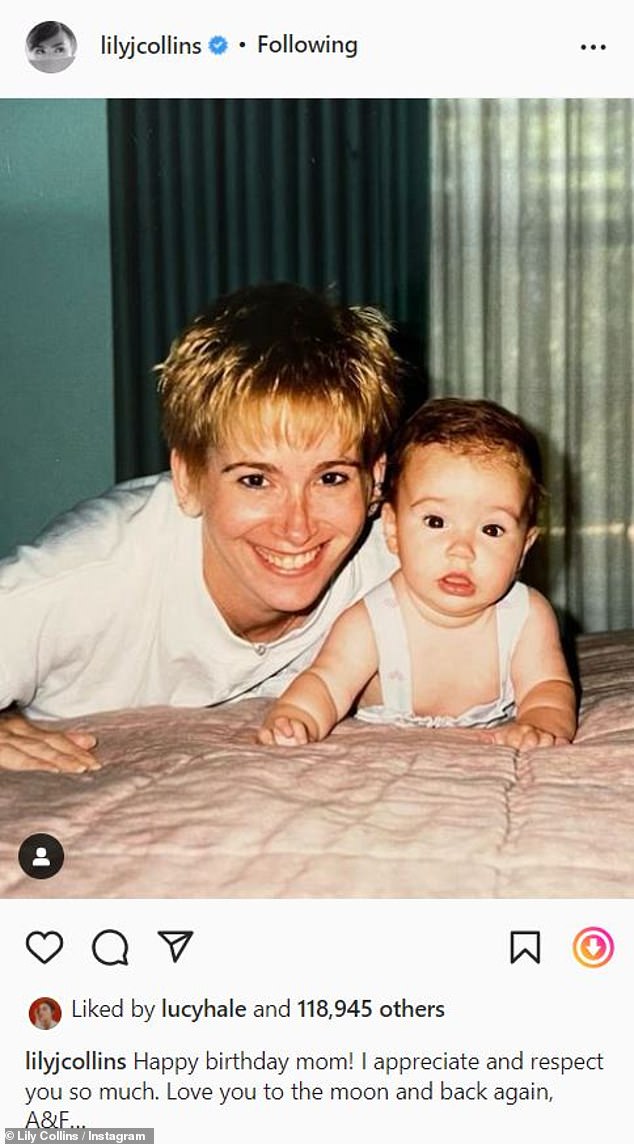 Tribute to mom: Lily Collins wished her mother a happy birthday on Saturday by posting a throwback snap of the two that’s likely from 1989

‘I appreciate and respect you so much. Love you to the moon and back again, A&F [always & forever].’

In the adorable picture, Lily can be seen laying on a bed, when she was around six- months-old.

Dressed in a onesie, the future actress had startled look on her face as her mother lay to her right with a big beaming smile on her face.

The photo was likely taken in England in the latter part of 1989. 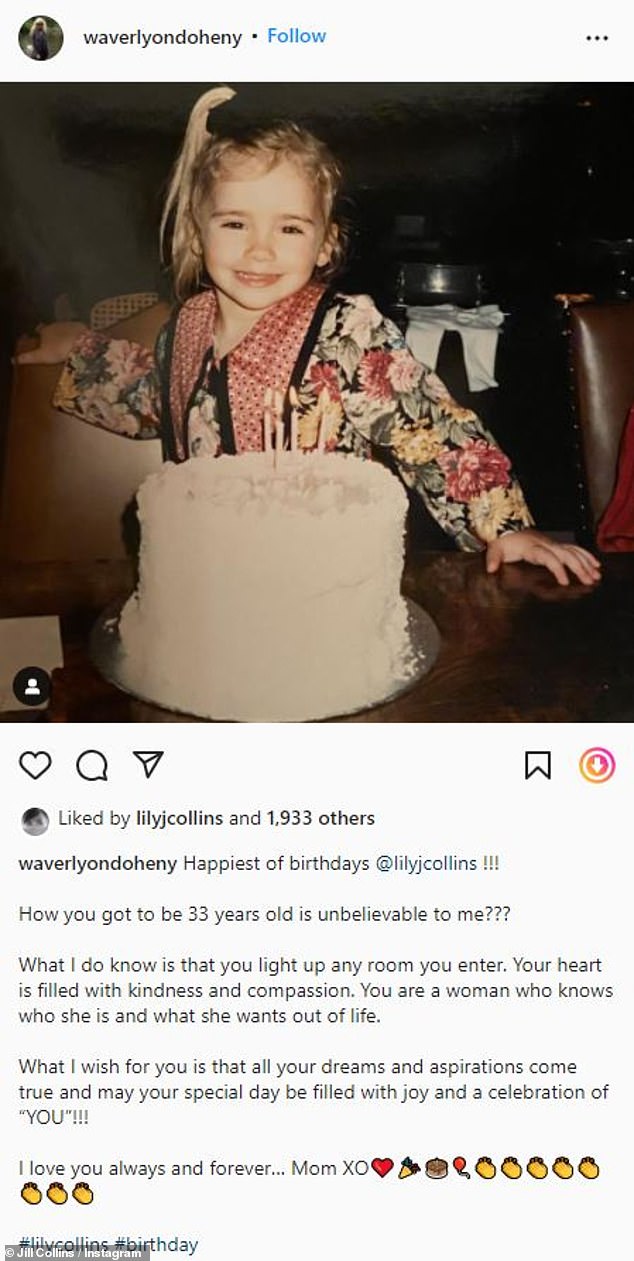 Birthday wishes: Just three weeks earlier, Jill Collins pair tribute to her daughter Lily on her 33rd birthday on March 18: ‘How you got to be 33 years old is unbelievable to me???’

Just about three weeks earlier, Jill Collins (born Jill Tavelman) took to her own Instagram page to pay tribute to Lily on her 33rd birthday.

‘Happiest of birthdays @lilyjcollins !!! How you got to be 33 years old is unbelievable to me???’ she began in the caption of a throwback snap of Lily as a toddler.

‘What I do know is that you light up any room you enter. Your heart is filled with kindness and compassion. You are a woman who knows who she is and what she wants out of life. What I wish for you is that all your dreams and aspirations come true and may your special day be filled with joy and a celebration of “YOU”!!!

She ended by writing, ‘I love you always and forever… Mom XO.’ 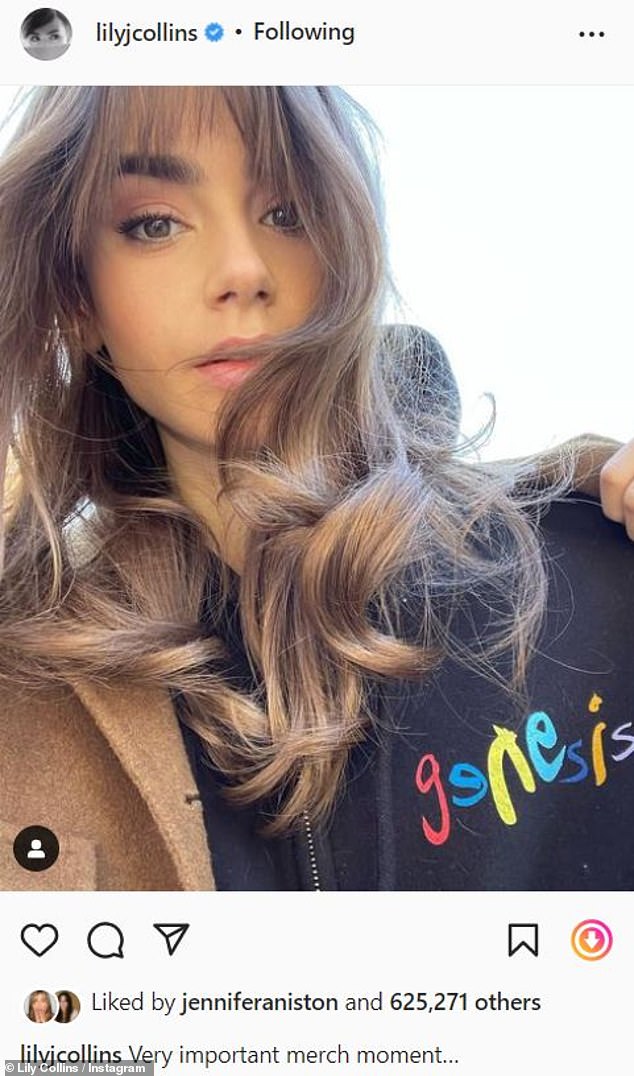 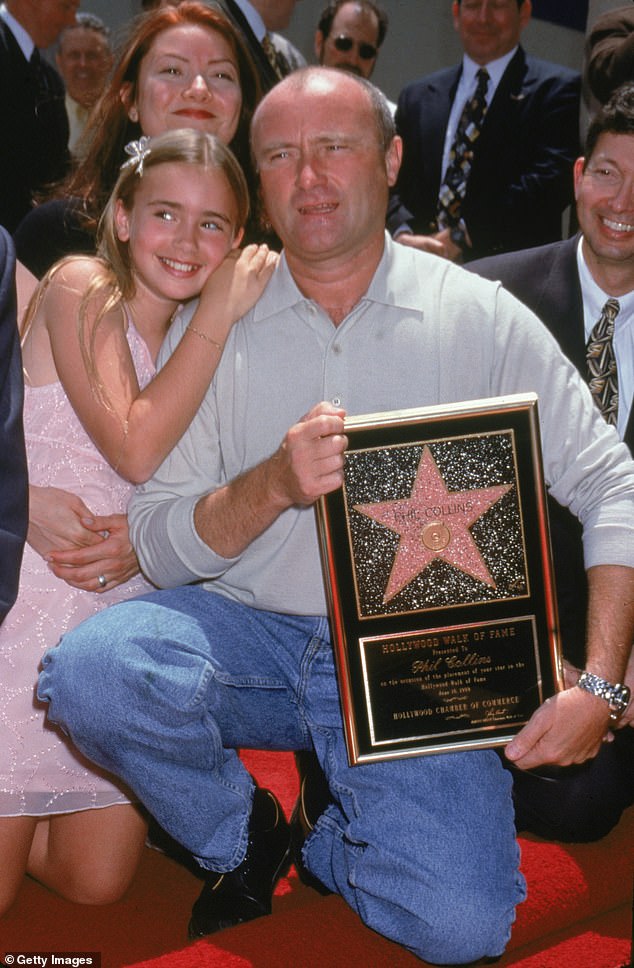 Daddy’s girl; Lily was 10-years-old when she snuggled up to her dad when he was presented with a star on the Hollywood Walk Of Fame in June 1999

Lily’s father is Genesis singer–songwriter Phil Collins, who married Lily’s mother in 1984, which was at the height of Phil Collins’ success as a solo artist and as the lead vocalist in Genesis.

Three days ago, Lily paid homage to her father by posting a photo of herself wearing a Genesis hoodie, along with the caption: Very important merch moment…’

While living in the UK, Lily began acting at the age of two in the BBC series Growing Pains in 1991.

After her parents’ divorce in 1996, which occurred when she was six, the burgeoning actress moved to Los Angeles with her mother. 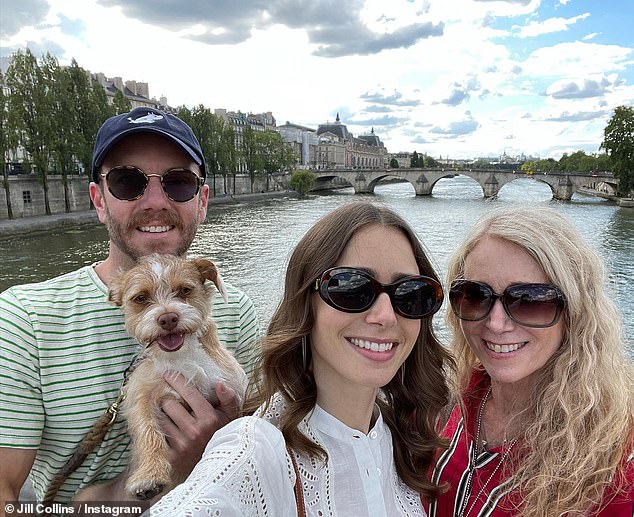 Lily Collins’ series Emily In Paris was picked up for a third and fourth seasons by Netflix; she is pictured in Paris with her husband, director Charlie McDowell, ​and her mother

She would eventually have her breakthrough in the sports drama film The Blind Side as Collins Tuohy, the daughter of Leigh Anne Tuohy, Sandra Bullock’s character. The movie was a commercial smash hit, grossing about $250 million at the box office.

Her breakout role would come in the drama film To The Bone (2017), which she played a 20-year-old woman battling anorexia.

Most recently, Lily shot the upcoming English film Halo Of Stars, that also stars Holliday Grainger, Harry Treadaway and Lukas Haas, among others. 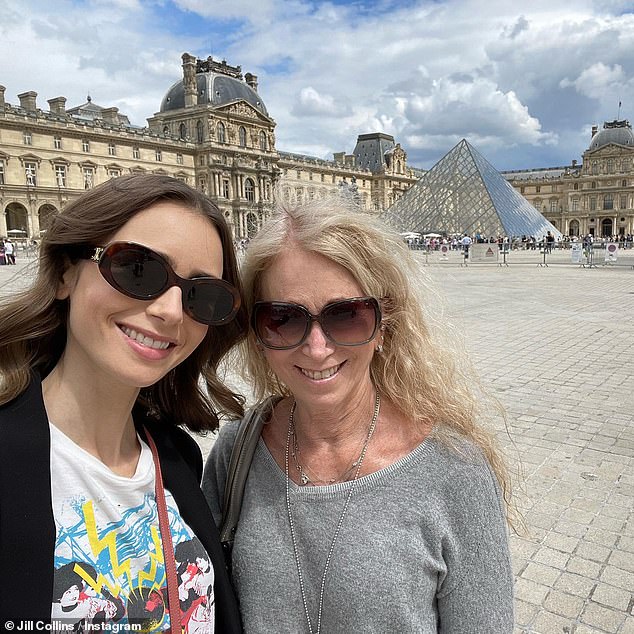 Family love: Lily and her mother moved from the UK to the U.S. in 1996, following her divorce from Genesis lead vocalist Phil Collins; mother and daughter and seen in Paris in August 2021