She found fame as one of Britain’s best known Page 3 models in the 1980s.

And Linda Lusardi, 62, proved the camera still loves her as she attended the Emerging Artists exhibition in London on Tuesday evening.

The former Emmerdale star looked stunning in a silver V-neck sweater as she posed next to her lookalike daughter Lucy Kane, 25 – one of two children with actor husband Sam Kane.

Strike a pose: The Emmerdale star looked stunning in the sparkly number as she posed next to her lookalike daughter Lucy Kane, 25 – whom she shares with husband Sam at a London exhibition on Tuesday night

Linda showcased her trim physique in the casual outfit. Opting for comfort on the night, she donned a pair of figure hugging black bootcut jeans which elongated her long legs.

She donned some black ankle boots which added some height to the brunette beauty’s frame.

The mum-of-two styled her brunette down leaving her bangs out to frame her face.

The brunette beauty sported a glamorous palette of makeup including heavy eyeliner and nude lipstick.

Still got it! Linda ,62, proved why the camera still loves her after all these years as she dazzled in a figure hugging silver v-neck jumper 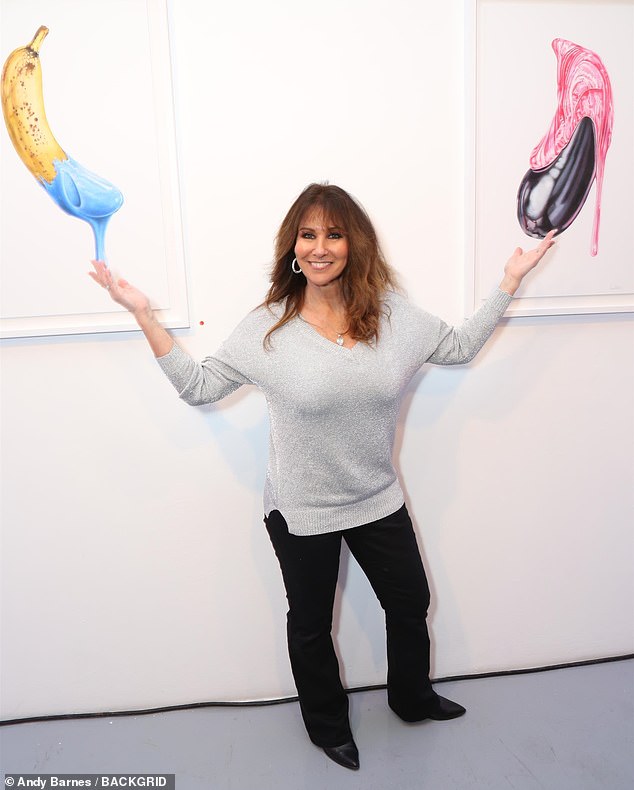 Cheery: She donned some black ankle boots which added some height to the brunette beauty’s frame 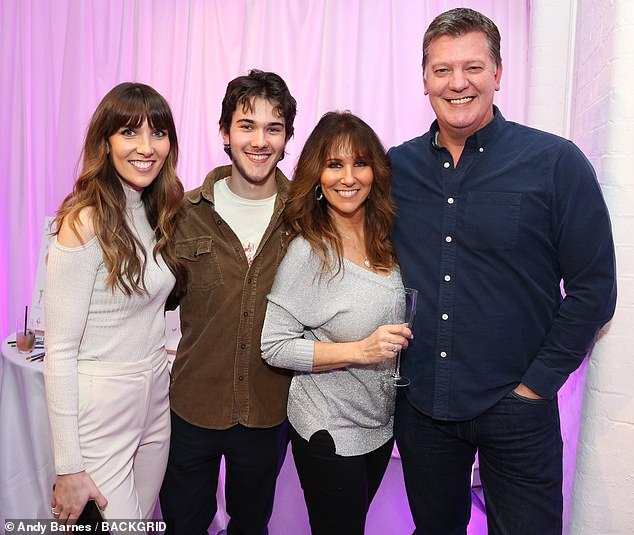 Family affair: Linda was joined at the event with her husband Sam Kane and children Lucy and Jack

Seen in a gorgeous cream ensemble was alongside her famous mum was daughter Lucy, who appeared on ITV’s The Voice in 2017.

The singer-songwriter looked chic as she paired a cream cold shoulder bodysuit with some elegant flares.

She stepped out in a pair of matching cream heels, while she showed off her flawless complexion with a natural makeup look. . 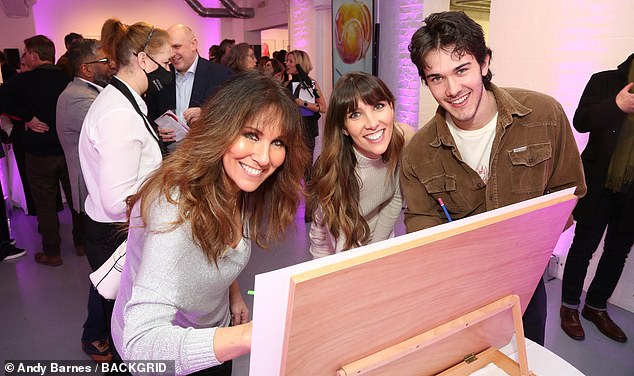 Close bond: Linda and their children Lucy, 25, and Jack, 22 were all smiles at the event 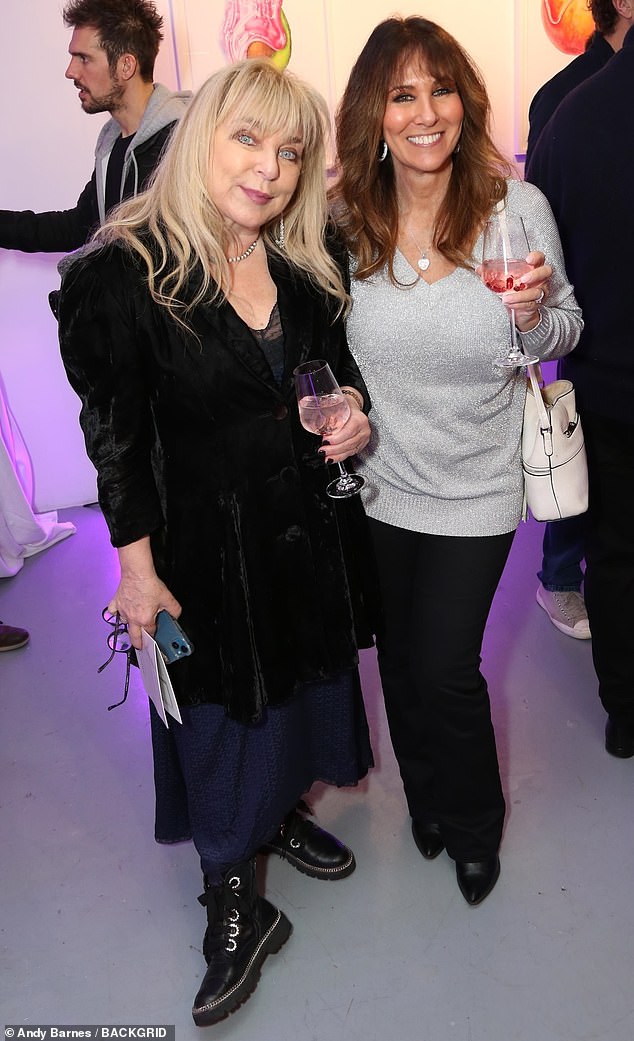 Cheers: Helen Lederer was also in attendance at the event on Tuesday night 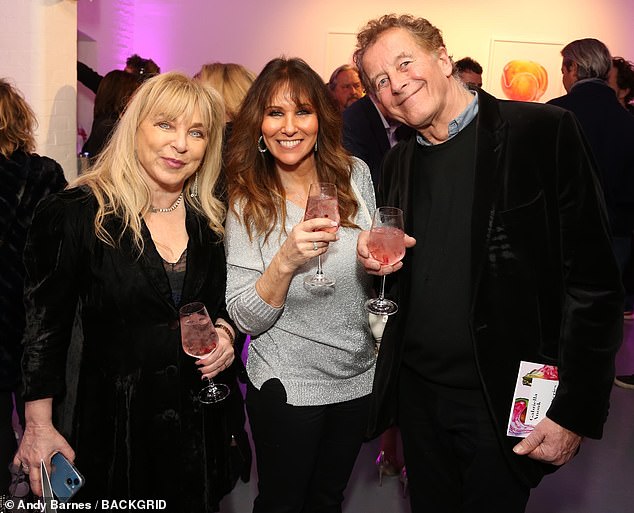 All smiles: Helen’s partner was also in attendance at the star-studded event

The Real Full Monty on Ice contestant and her daughter were positively twinning with their long caramel locks, which Lucy chose to style in subtle waves

Also in attendance at the event was Linda’s husband Sam Kane and son Jack.

The actress also grabbed a spare moment on the night to pose for a picture with comedian Helen Lederer and her partner.

The exclusive event, was hosted by one of TikTok’s youngest and most influential art sensations, Gabriella Anouk.

Her Slime Series was launched to a private audience on the night, and the internet sensation will be sharing the Exhibition with her fans on TikTok.

Many hundreds of hours have gone into creating the exhibition which proved to be a huge success with attendees on the night.

Launch night: The exclusive event, was hosted by one of TikTok’s youngest and most influential art sensations. Gabriella Anouk (pictured with Rugby star, Tom James)

Share
Facebook
Twitter
Pinterest
WhatsApp
Previous articlePrince William dreamed of a very different career which he had a ‘natural knack’ for
Next articleAustralian of the Year: Dylan Alcott's sexologist girlfriend Chantelle Otten reacts to his win
RELATED ARTICLES
Tv & Show