By Jessica Janes For Mailonline

She sparked chaos in the villa when she revealed her kiss with Jacques O’Neill.

And Love Island star Cheyanne Kerr, showed that she knows how to make an entrance as she enjoyed a night out on Saturday.

The Casa Amor bombshell, 23, set pulses racing in a sexy green bustier and matching skirt as she made her way to Menagerie in Manchester. 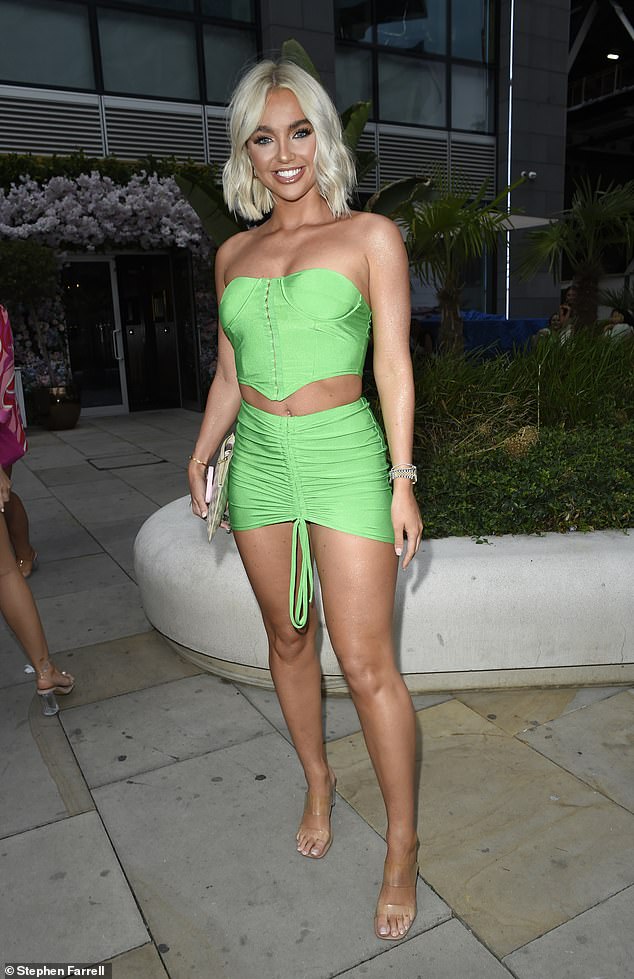 Bombshell: Love Island star Cheyanne Kerr set pulses racing in a green bustier and matching skirt as she enjoyed a night out at Menagerie in Manchester on Saturday

The blonde bombshell looked stunning and put on a leggy display in the matching bright green co-ord.

Her look consisted of a bandeau corset crop top and a mini ruched skirt to show off her tanned and toned figure.

The star then went on to further accessorise her look with some clear perspex heels and adorned a luxurious gold watch.

She also decided to style her usually slick blonde bob into loose waves for the evening ahead. 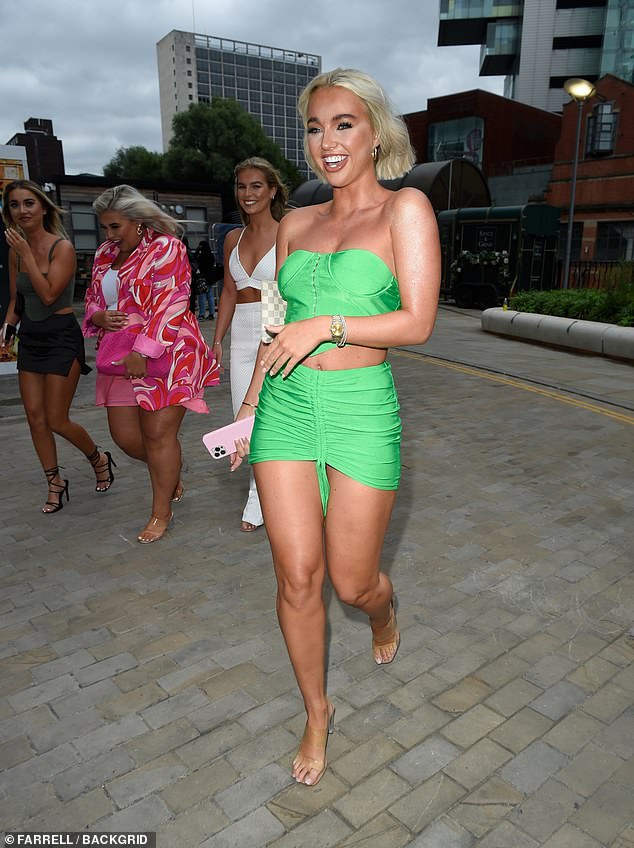 Girls night out: And the blonde bombshell looked stunning whilst putting on a leggy display in a matching bright green co-ord

It comes after Cheyanne recently admitted that she ‘didn’t have a clue’ that Jacques would choose Paige Thorne over herself in the Casa Amour recoupling.

As the pair were spotted on Love Island sharing a bed as well as sharing a kiss and appeared to be very into one another.

In a scene from the Casa Amour recoupling, Cheyanne threw Jacques under the bus and exposed him by saying that they had kissed each other and shared a bed. 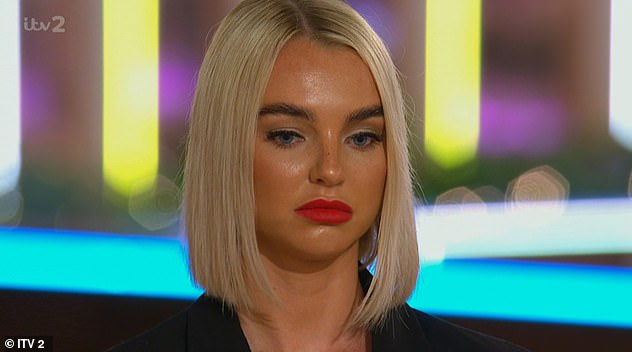 Dishing the dirt: It comes after Cheyanne threw Jacques O’Neill under the bus during the Casa Amour recoupling, by exposing that they had kissed and shared a bed together

And after exposing Jacques the entire villa was in shock, and Cheyanne was visibly furious.

Cheyanne appeared to not hold back when asked by presenter Laura Whitmore if she was disappointed that none of the boys had chosen her.

She revealed ‘I thought I had a connection with someone… I suppose my version of a test was different to someone else’s….’

And when asked which boy she’d felt a connection with, Cheyanne replied with Jacques. Leaving him furious that he got exposed and Paige utterly speechless.

Following the arrival of Adam Collard in the villa, Jacques opted to leave the villa, citing he wished to ‘get back to himself.’

Meanwhile viewers have seen Paige and Adam’s go from strength to strength, casting doubt on whether she will reunite with Jacques when she eventually leaves the villa. 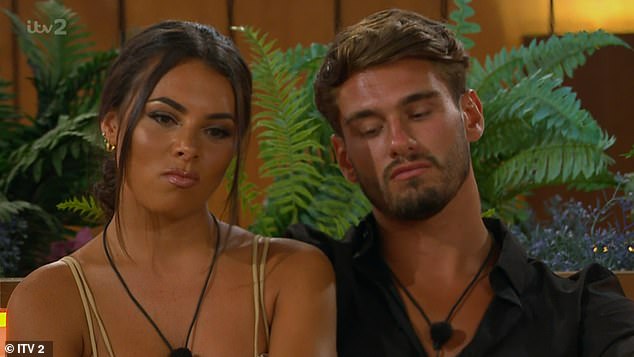 Paige is fuming: And by revealing her connection with Jacques, the entire villa appeared to be left in shock and Paige was utterly speechless

Share
Facebook
Twitter
Pinterest
WhatsApp
Previous articleBethenny Frankel flaunts her slim figure in patterned swimsuit as she hits the beach in the Hamptons
Next articleSTOCKS TO WATCH: Will Britain be able to keep lights on this winter?
RELATED ARTICLES
Tv & Show