Love Island finalist Gemma Owen is reportedly already in talks to land a six-figure deal as the face of clothing brand Boohoo.

The reality star, 19, was already in discussions for the deal before she entered the villa, after a source revealed she has been ‘bombarded’ with big-money offers from high street brands to stock her swimwear line. 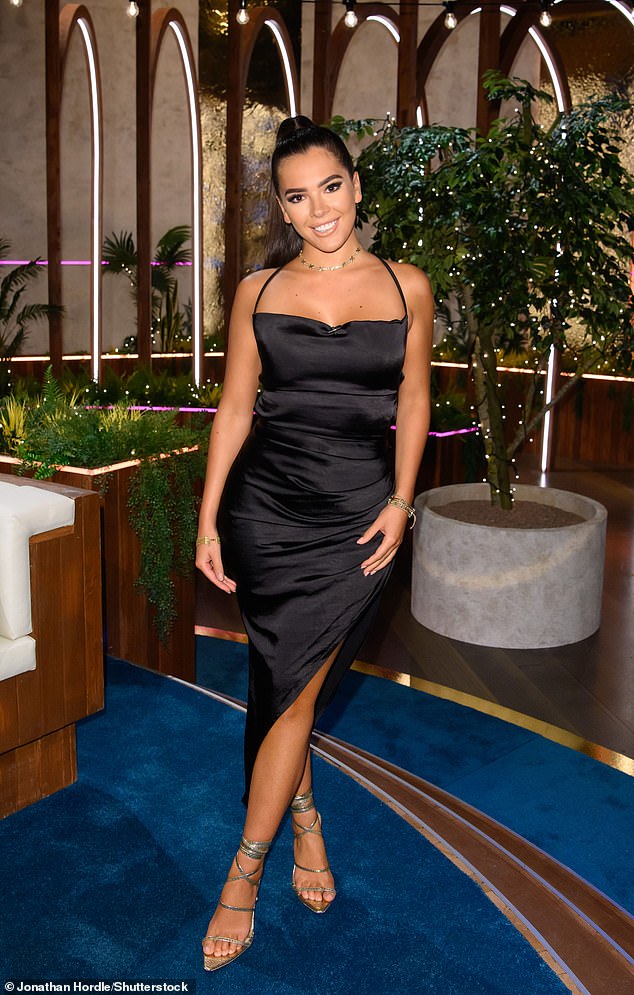 Cashing in! Love Island finalist Gemma Owen is reportedly already in talks to land a six-figure deal as the face of clothing brand Boohoo

According to The Sun, Gemma celebrated being offered the Boohoo deal at private members club 180 The Strand on Friday.

A source added: ‘She had lots of brands keen to sign her.’

MailOnline has contacted representatives for Gemma Owen and Boohoo for comment.

Before entering the villa, Gemma had already launched her swimwear line OG Beachwear, and last month MailOnline revealed that her management team have been ‘bombarded’ with offers for collaborations from high street retailers. 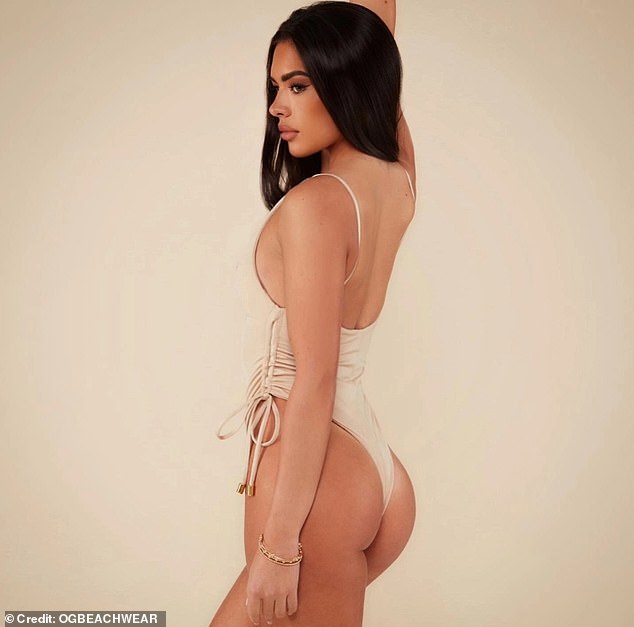 Cashing in: The reality star has reportedly had ‘lots of brands keen to sign her,’ and was already a budding fashion mogul with her own swimwear brand before entering the villa

Shops want to partner with the star in plans which could see her design an even larger range of fashion.

A source said: ‘Win or lose, Gemma will make a fortune from Love Island through her fashion label. Since going on the programme orders have skyrocketed.

‘And there’s also been increasing interest from high street chains and online retailers who would like to discuss working with Gemma. She could make hundreds of thousands.’

MailOnline revealed last month how Gemma had gone into business with her mother Louise, registering the company shortly before entering Love Island. 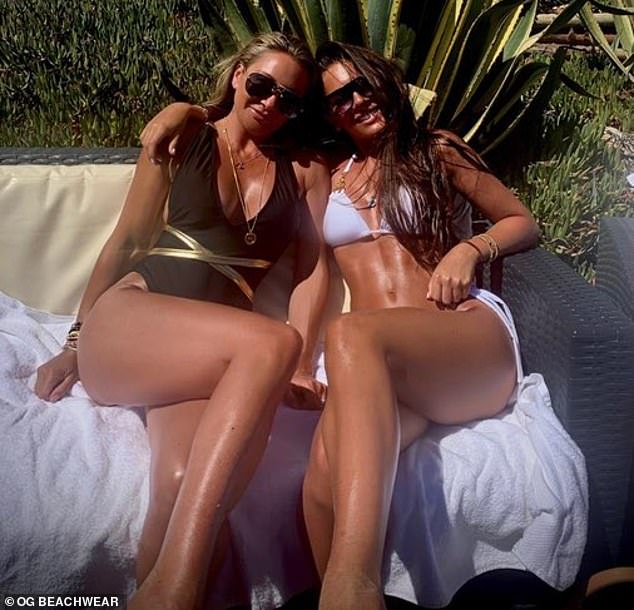 Serious money! Gemma, who finished runner-up on this year’s Love Island with beau Luca Bish, was one of this year’s stars tipped to make millions after leaving the villa

However, Gemma’s swimwear business was reportedly failing to make any profits and is actually losing money.

According to The Sun, accounts for GRO Clothing Limited which takes in cash from her OG Beachwear range, show it made a loss of £756 in 2021.

Gemma herself has also admitted she’s determined to become a millionaire like her inspiration Kylie Jenner.

She told The Sun: ‘I would love to carry on with my business which I have just set up. It’s called OG Beachwear. 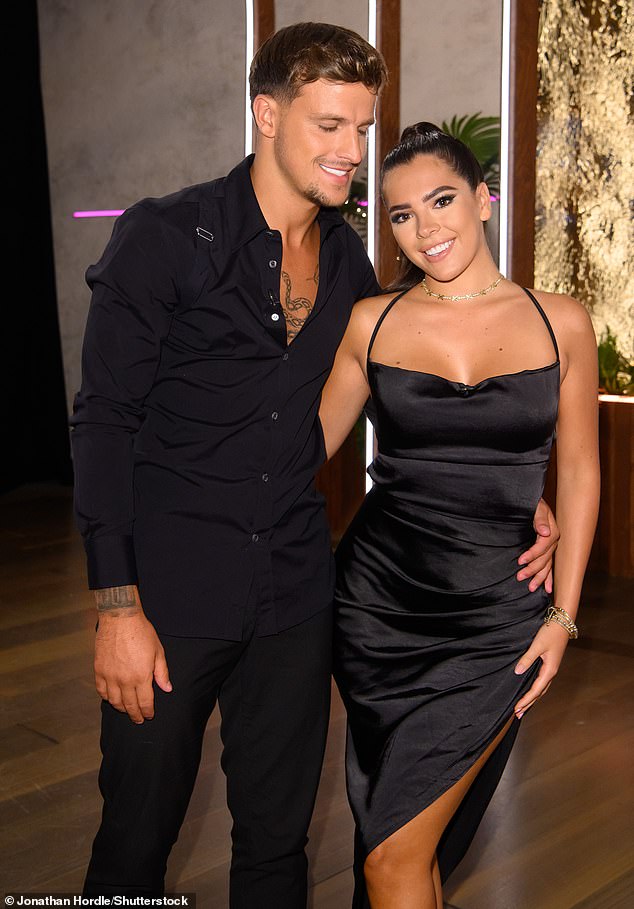 ‘I will be wearing a few bits in the villa, it’s a small collection at the moment. I really like the Kardashians, I watch them on telly and I follow them on social media.’

Gemma finished second on Love Island last week with beau Luca, and despite being coupled up for a lengthy stint on the show, the couple said on Monday that they are yet to make their relationship official.

Luca said on Good Morning Britain: ‘You’ve changed a little. For the better! She’s come more out of her shell, when I saw you with your mum and stuff.’

Gemma replied: ‘With my mum, I’m super close with my mum so you probably just haven’t seen that weird side to me just yet.’

Asked whether they are going to get married, Gemma laughed and said: ‘We’re not even boyfriend and girlfriend yet!’ 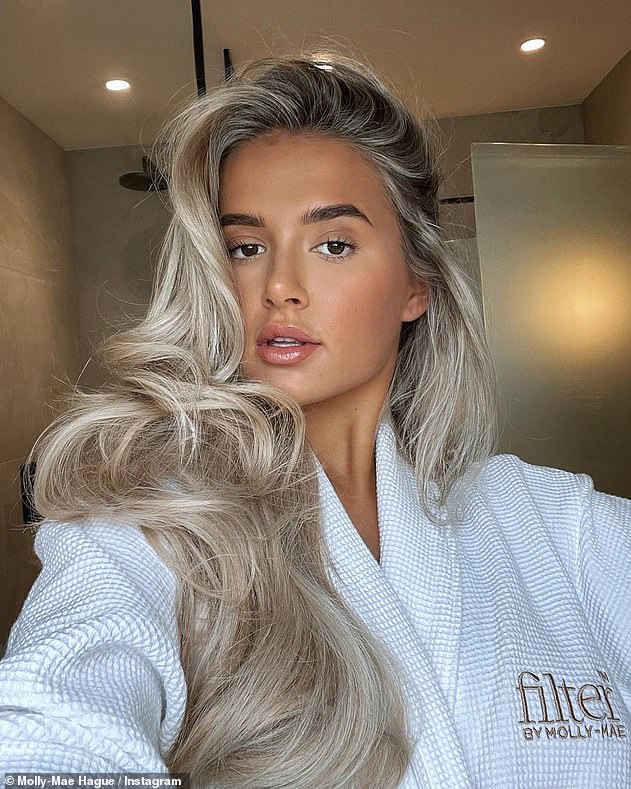 Following in her footsteps: Love Island has produced a string of millionaires, including Molly-Mae Hague who inked a £500,000 deal with PrettyLittleThing after the show