Lucy Hale has no less than two new films on her docket: the rom-com Which Brings Me To You and the dramedy The Storied Life of A.J. Fikry.

But come Sunday, the actress decided to take advantage of some downtime and headed out to do a bit of shopping with a friend in the Studio City neighborhood of Los Angeles.

For their afternoon outing, Hale decided to keep it casual and sporty in the fashion department in a skin-tight ensemble that showcased fit petite figure. 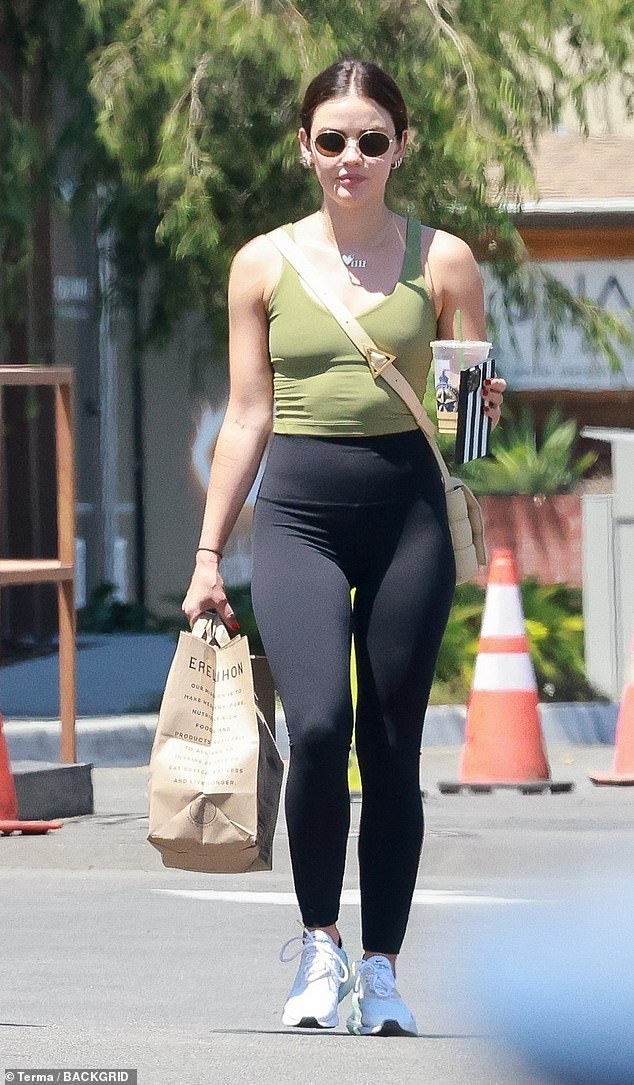 Downtime: Lucy Hale, 33, stepped out to do some shopping with a friend in the Studio City neighborhood of Los Angeles on Sunday

Hale, 33, stepped out in black leggings and a green tank top that hugged nearly every inch of her amazing toned body.

In keeping with her casual and sporty theme, the actress also wore a pair of white running sneakers and pulled her dark brown tresses back off of her face and into a ponytail.

With the sun glaring down and the temperature creeping close to a high of 90 degrees Fahrenheit, Hale added stylish round sunglasses to her look.

Their travels on the day would eventually take them to an Erewhon market, where Hale would end up buying a bags worth of groceries and an iced coffee. 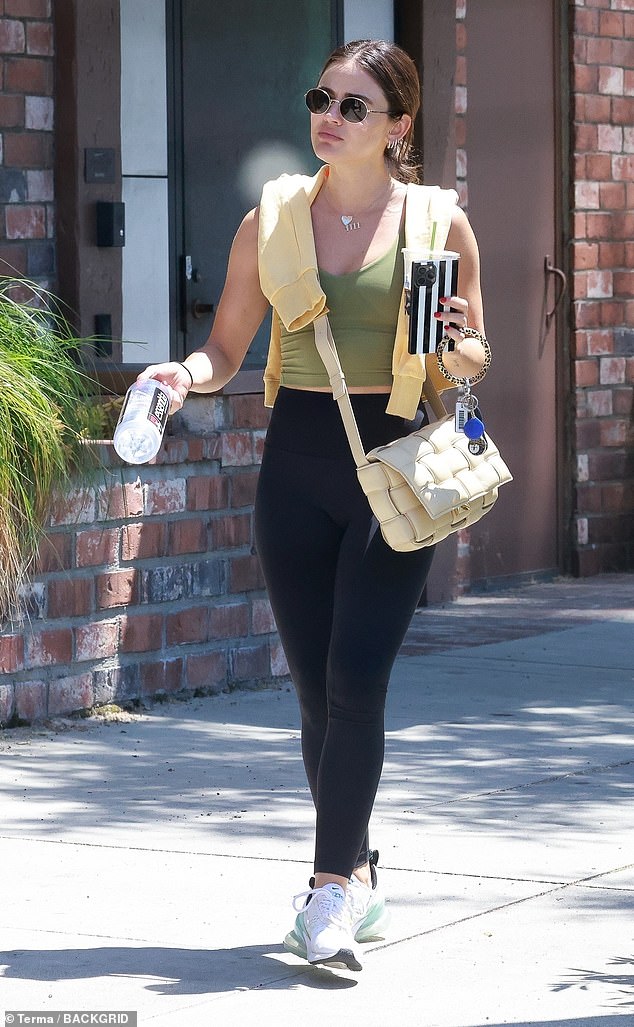 Sporty: The actress showed off her fab petite figure in skin-tight leggings and a tank top

The Tennessee native is set to star in The Storied Life of A. J. FIkry, which she also serves as executive producer

The cast of the comedy-drama film, based on Gabrielle Zevin’s bestseller of the same name, also includes Kunal Nayyar, Christina Hendricks, Scott Foley and David Arquette, among others, according to Deadline.

The Pretty Little liars alum is also doing double duty as producer and star for the upcoming rom-com film, Which Brings Me to You, which is adapted from the novel by Julianna Baggott and Steve Almond.

The Hollywood Reporter revealed that she teamed back up with her The Hating Game director Peter Hutchings for the production. 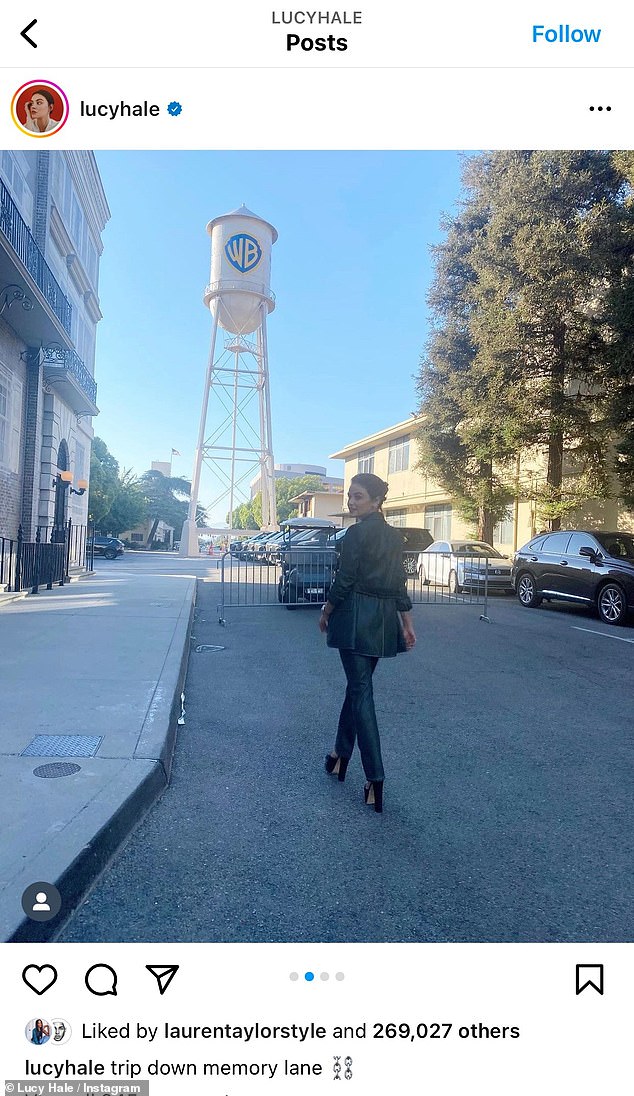 She’s back! The previous day Hale ‘took a trip down memory lane’ when she attended an exclusive screening of HBOMax’s Pretty Little Liars: Original Sin; this was her first visit to the Warner Bros. Studio lot in Burbank since Pretty Little Liars ended 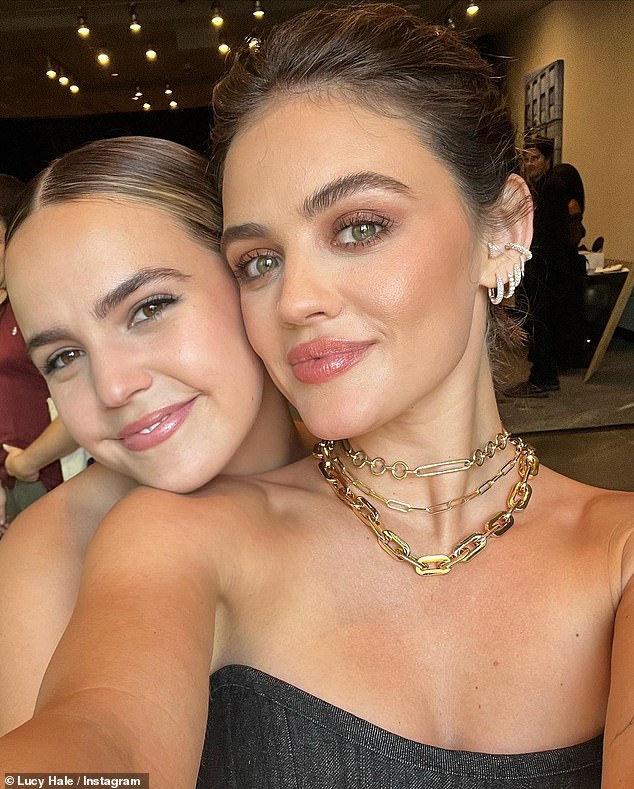 Pretty Little Liars of yesterday and today: Hale snuggled up for a selfie with Bailee Madison, who stars in the new spinoff show

While scoring a few roles early in her career with the series Bionic Woman (2007) and Privileged (2008-2009), it was her portrayal as Aria Montgomery in Pretty Little Liars (2010-2017) that would wind up giving her widespread recognition. 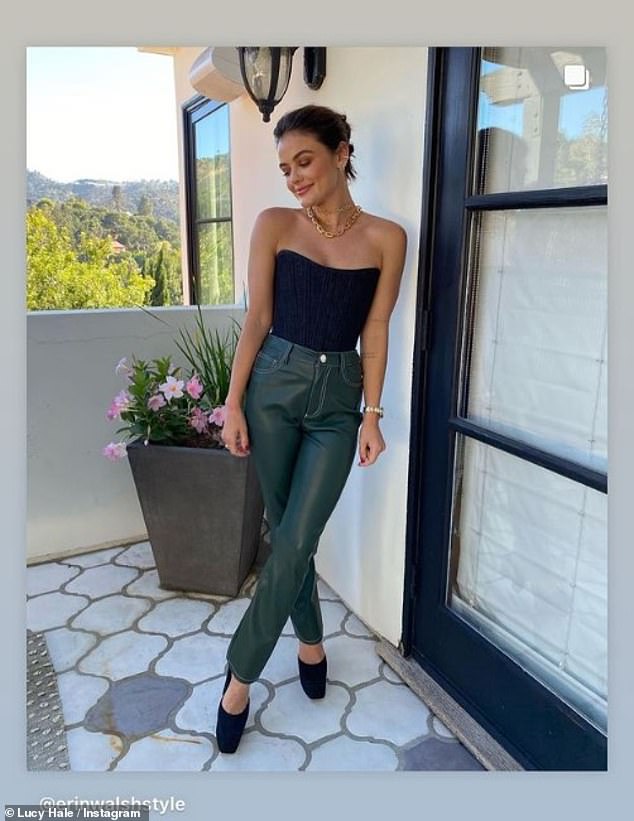 Breakout role: Hale hit the red carpet in a green leather suit over a black ribbed tank top and a pair of black heels; the actress starred on Pretty Little Liars (2010-2017) for seven seasons