Lukas Gage has been added to the cast of the Netflix thriller You.

The 26-year-old actor will play the role of Adam, an ex-pat American from a wealthy family on the East Coast, according to Deadline.

The San Diego native’s character on the series is described by the outlet as ‘an entrepreneur and a gambler’ who enjoys hosting parties, and deals with his problems and secrets by self-medicating. 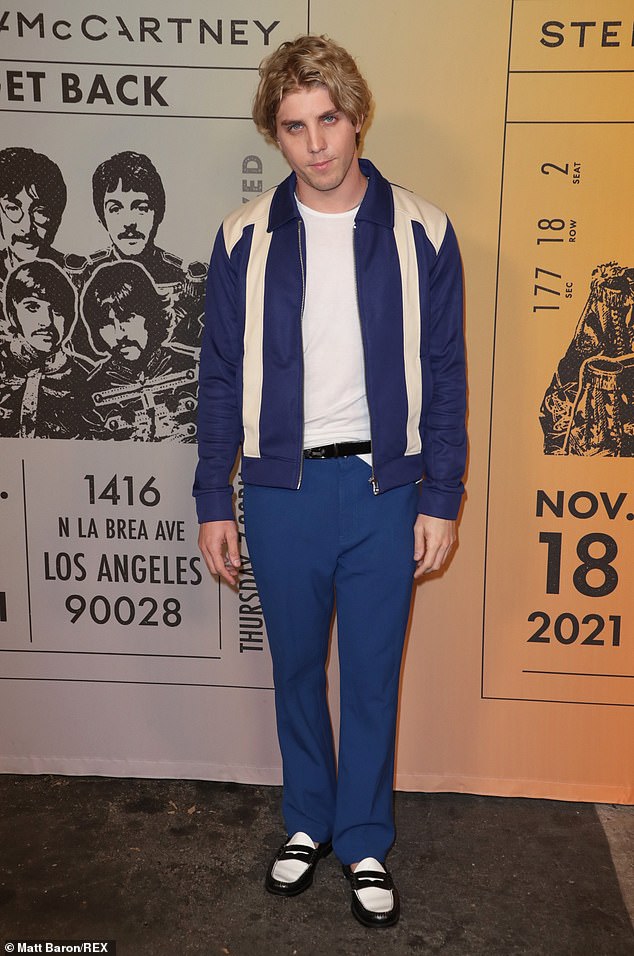 The latest: Lukas Gage, 26, has been added to the cast of the Netflix thriller You. The actor was seen in LA last November

The character is known to take huge chances under the rationale that ‘a good businessman does absolutely anything he can get away with,’ and has questionable motives when it comes to his girlfriend and circle of friends.

You premiered on Netflix in September of 2018, based upon the 2014 novel by Caroline Kepnes. The show, which as created by Greg Berlanti and Sera Gamble, stars Penn Badgley and has also featured Victoria Pedretti, Ambyr Childers and Elizabeth Lail.

Gage has seen his star rise in recent years with roles on acclaimed HBO shows such The White Lotus (as Dillon) and Euphoria (as Tyler Clarkson).

The actor has also been seen on shows such as Love, Victor on Hulu, and Wireless on Quibi, and appears in the upcoming Peacock miniseries Angelyne. Production was recently concluded on a feature film titled Down Low, which Gage wrote with Phoebe Fisher and appeared in. 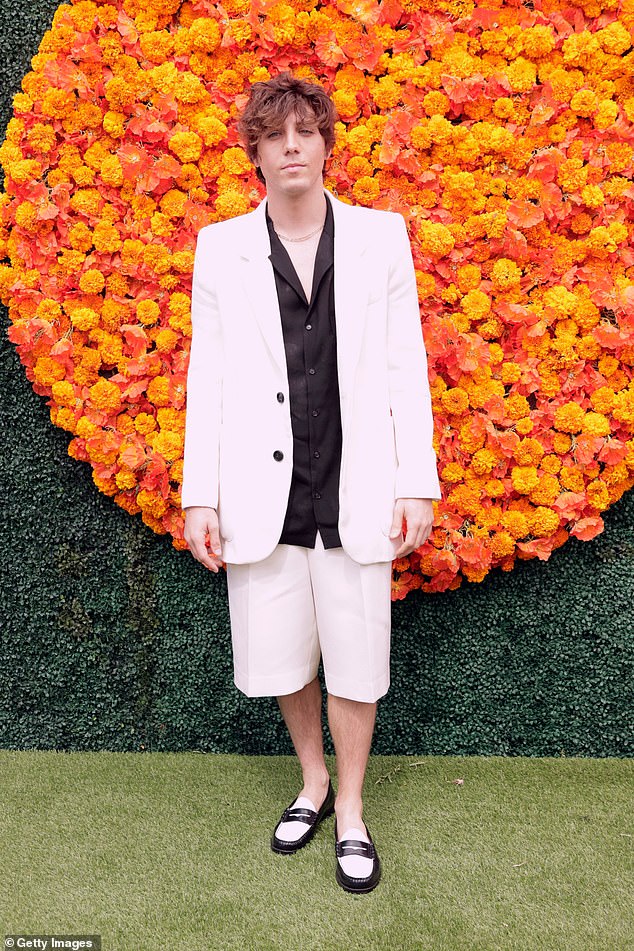 Gage has seen his star rise in recent years with roles on acclaimed HBO shows such The White Lotus (as Dillon) and Euphoria (as Tyler Clarkson). He was seen in LA last year 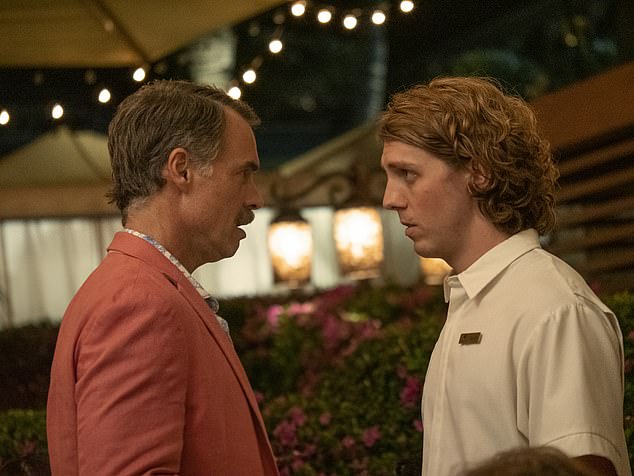 Gage made headlines in November of 2020 after he shared a clip of a director, later identified as Tristram Shapeero, belittling Gage’s living conditions during an audition via Zoom, unaware that Gage could hear.

Gage posted a clip of the exchange online with the caption, ‘psa if you’re a s*** talking director make sure to mute ur s*** on zoom mtgings.’

Shapeero was heard saying, ‘These poor people live in these tiny apartments. I’m looking at his background and he’s got his TV.’

Gage said in response, ‘I know it’s a s***ty apartment, that’s why give me this job so I can get a better one,’ after which Shapeero said he was sorry for the remarks.

Shapeero later penned a piece for Deadline again apologizing to Gage and clarifying his words in the viral clip.

‘First and foremost I offer Mr. Gage a sincere and unvarnished apology for my offensive words, my unprofessional behavior during the audition and for not giving him the focus and attention he deserved,’ he said. ‘I was using the word “poor” in the sense of deserving sympathy, as opposed to any economic judgment.

‘My words were being spoken from a genuine place of appreciation for what the actors were having to endure, stuck in confined spaces, finding it within themselves to give a role-winning performance under these conditions.’