Lyndsy Fonseca and husband Noah Bean welcome second daughter to their family one month early: ‘We are complete’

The Desperate Housewives alum took to her Instagram page on Thursday, July 7, to announce she had given birth to their daughter Evelyn, but it didn’t all go down as planned.

‘We are complete,’ Fonseca gratefully declared alongside a photo of their first daughter Greta holding her new sister in her arms.

The actress went on to reveal her baby girl’s full name ‘Evelyn Estella Bean’, before sharing that she ‘arrived a month early, on June 20th.’ 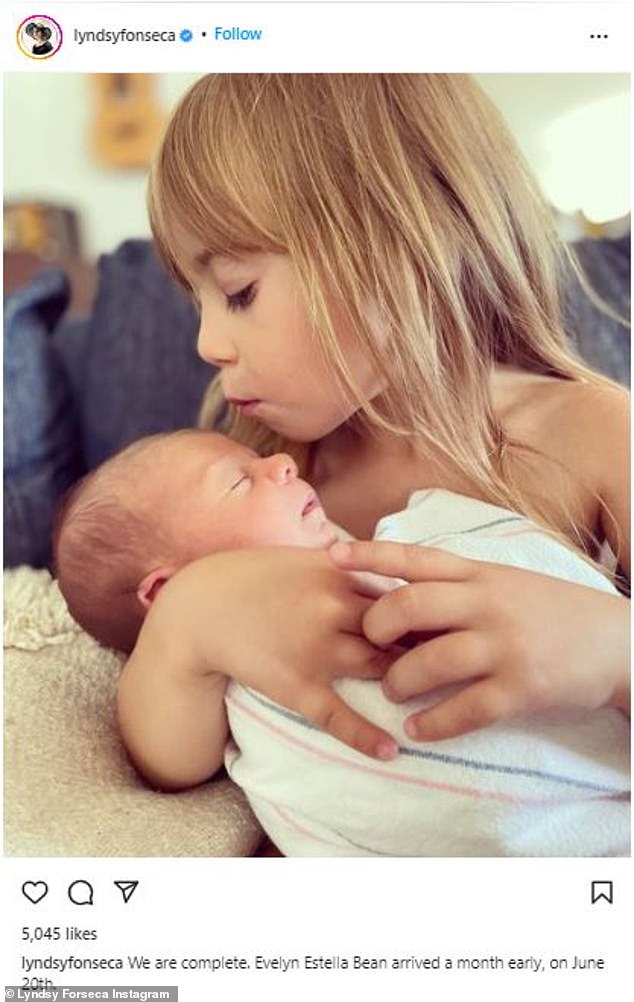 Baby girl arrives early: Lyndsy Fonseca announced she and husband Noah Bean welcomed their second daughter, Evelyn Estella Bean, to the world a month early, with a picture of her older sister Greta holding her in her arms

In the photo it appears four-year-old Greta is puckering up to give her baby sister a kiss on the forehead.

Cradling little Evelyn in her arms, Greta already looked like the protective big sister, while going shirtless during this memorable moment between siblings.

At just 18 days old, Evelyn looked warm and comfortable wrapped up in a soft white blanket, as Greta gave her plenty of love and affection. 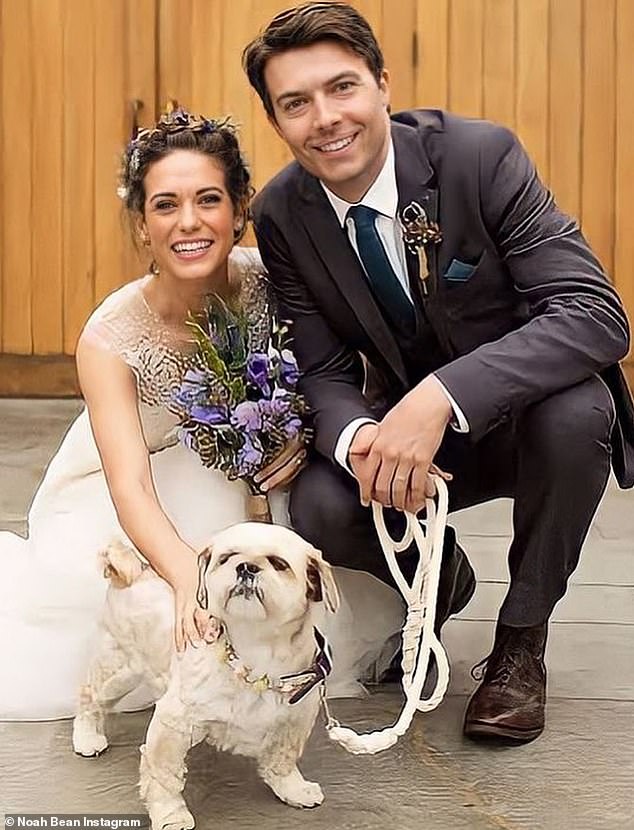 The couple, who have been married more than five years, became parent for the first time when their daughter Greta arrived in February 2018

The couple previously announced Greta’s birth with a series of naps on Instagram in 2018, that included the date of her birth on February 2 at 11:36 p.m, along with her weight 7 lbs 12 oz, and her size which measured at 20 1/4 inches.

‘Our hearts are bursting. #iamfinallyamom,’ the actress declared with obvious joy in her words.

After about four-and-a-half months after Greta’s arrived, Fonseca shared an adorable photo on Instagram of her husband snuggled up with their first born on Father’s Day.

‘He could not be a better dad. My heart is so full. #fathersday,’ the How I Met Your Mother star gushed about Bean. 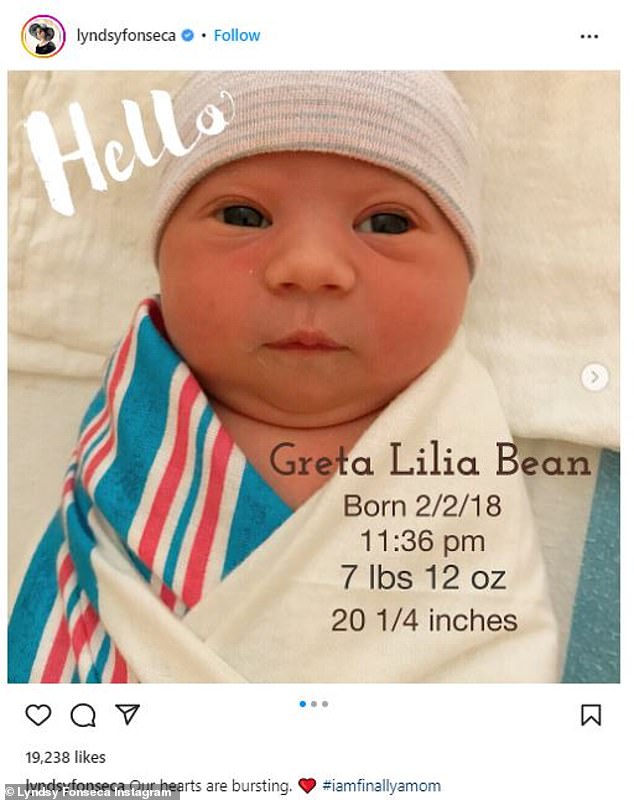 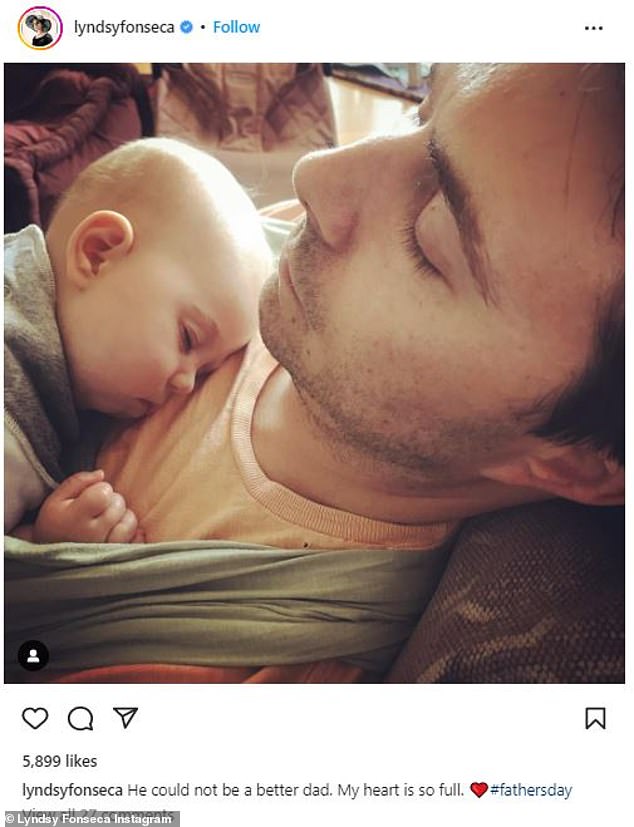 Daddy praise: Fonseca confessed that her ‘heart is so full’ on the first Father’s Day after they became parents for the first time in 2018

Fonseca and Bean met while working on The CW’s Nikita and eventually got married in October 2016. 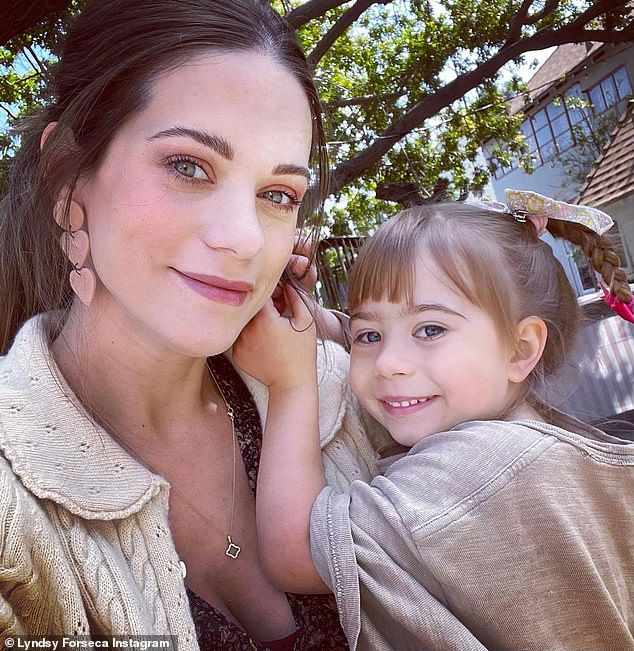 How it all began: Fonseca and Bean met while working on The CW’s Nikita and eventually got married in October 2016 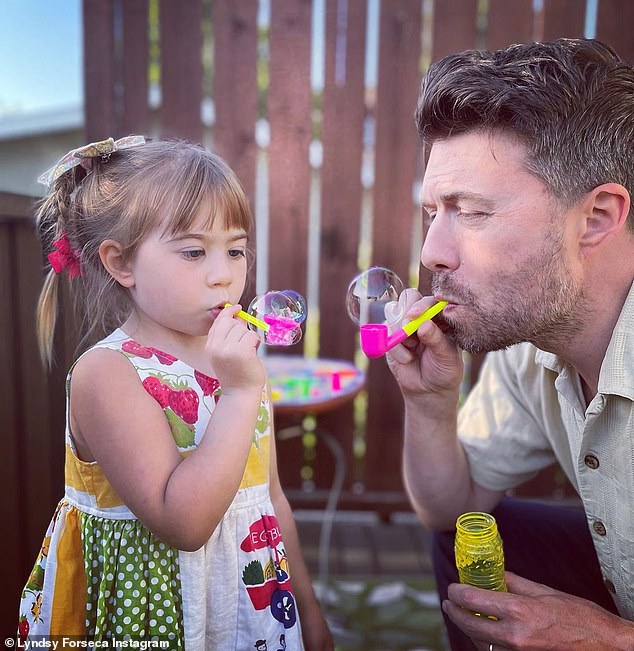 Family man: Bean, who most recently starred in crime drama-thriller The Endgame, often shares photos of her daughter Greta on his Instagram page