Machine Gun Kelly sent a sweet birthday message to his daughter for her 13th birthday Sunday.

The rapper posted pictures of his daughter Casie in his Instagram stories, including a darling picture with the Rap Devil artist holding a cake with green icing  and pink  lettering which read ‘OMG You’re a Teenager.’

MGK was only 18 when Casie was born to him and ex-girlfriend, Emma Cannon. 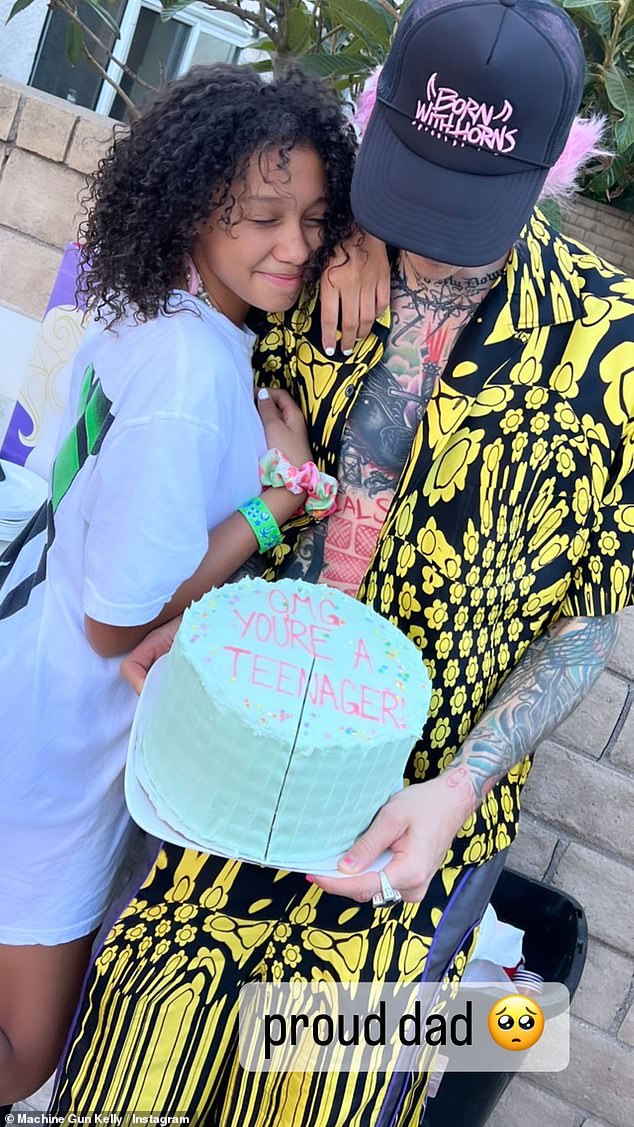 The Billboard Music Award winner often takes Casie to events with him as his plus one.

The artist, whose real name is Colson Baker, is currently engaged to actress Megan Fox whom he met when they were working on the film Midnight in the Switchgrass with Bruce Willis, 67.

The couple got engaged earlier this year. Megan, 36, is the mother of three; Noah Shannon, nine, Bodhi Ransom, eight and Journey River, five, whom she shares with ex-husband Brian Green, 47. 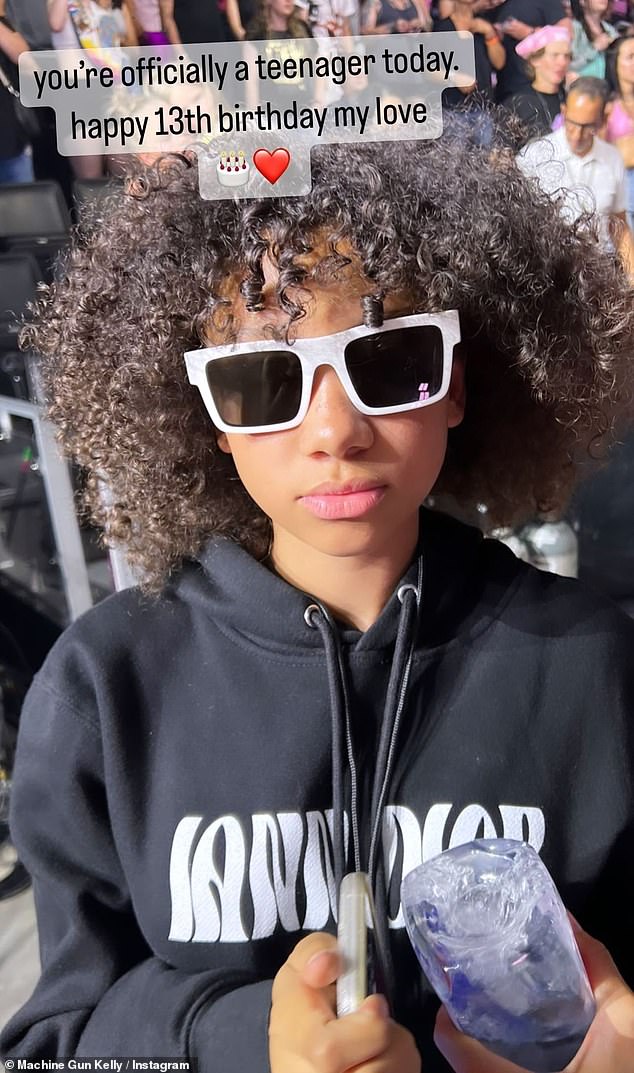 Doting dad: MGK and his daughter are close. The doting dad has often taken Casie to his shows and as his plus one to events

The bloody valentine artist is currently performing on his Mainstream Sellout and is recovering from an incident at Thursday’s show in Portland, Oregon, where a fan trying to take a selfie allegedly groped him.

He’s next slated to take the stage at the Spokane Arena in Spokane, Washington Monday, and will continue touring cities in North America through next month, as he wraps up the tour’s first leg August 13 in Cleveland.

He will kick things back off in Cologne, Germany September 17 and will play more than a dozen dates aboard prior to wrapping things up October 12 in Amsterdam. 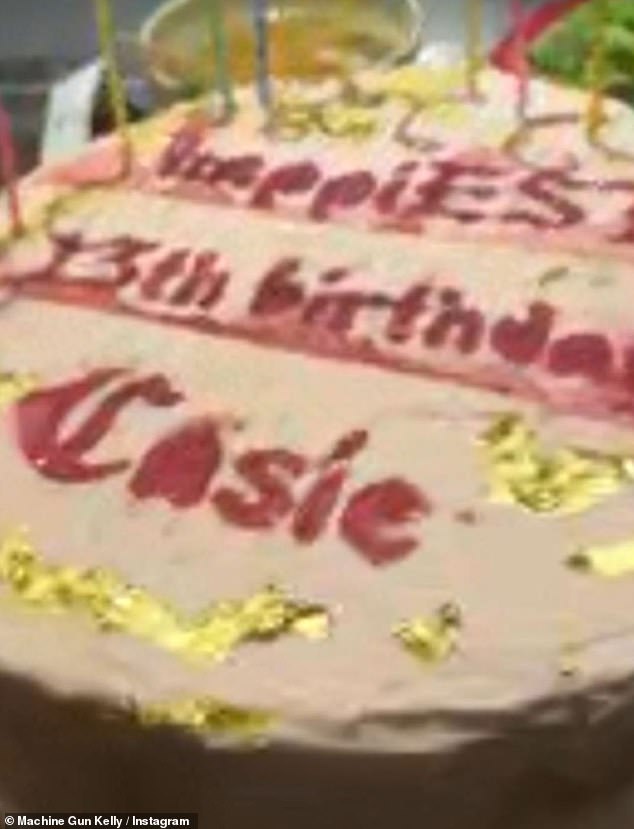 Started young:  MGK was only 18 when Casie was born to him and ex-girlfriend Emma Cannon

Fans are getting a more personal glimpse at the MTV Music Award winner’s life, including his efforts to be there for his daughter as well as his struggles with depression and in the Hulu documentary Machine Gun Kelly’s Life in Pink.

In an interview with Entertainment Tonight, the Transformers actress stated she and her fiancé’ have ‘done every form of therapy that exists. We’ve found a therapist that really works for us, couples and individually, and it’s definitely a process, it’s not an easy one.’

“Some of it’s really difficult, but our therapist said that a relationship is basically the process of breaking each other down, but most people don’t have the tools to build each other back up, to rebuild.’