Madonna, 64, covers up her pink hair in oversized graphic jacket and hoodie as she arrives at JFK airport in NYC

Madonna was dressed in stylish layers as she made a show-stopping appearance at JFK International airport in New York City earlier Sunday.

The award-winning singer, 64, donned a pair of loose-fitting pants and a black hoodie as she stepped through the doors of the busy airport lobby.

The beauty recently teased fans on her own Twitter page on Friday that she is back in the recording studio working on a new music project. 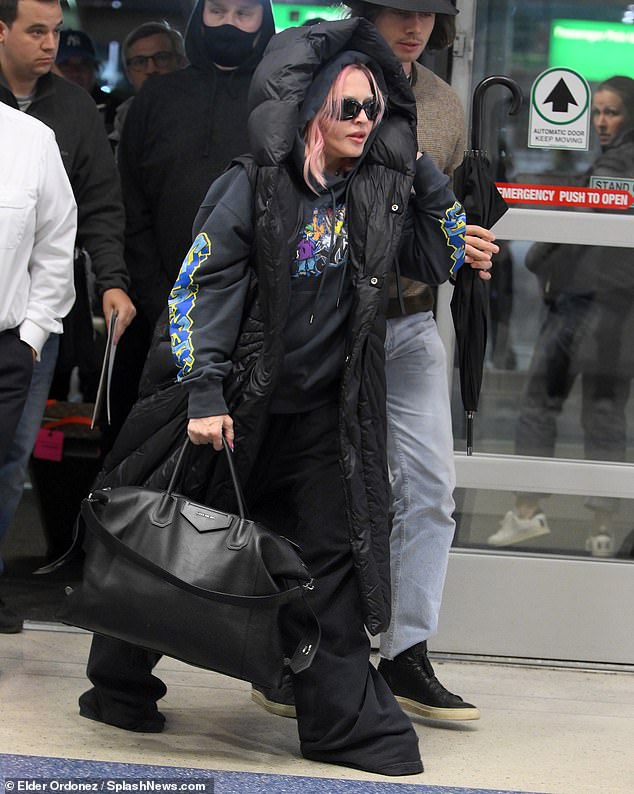 Airport style: Madonna, 64, dressed in layers as she arrived at JFK airport earlier on Sunday to leave New York City

The Vogue hitmaker opted for comfort, and donned a pair of black loose-fitting, baggy sweatpants.

She paired the bottoms with a printed hooded sweatshirt, and placed the hood on top of her head to cover some of her light pink, wavy hair.

Madonna added a long, sleeveless puffer vest that also had a large hood to keep her warm.

The star added a pair of black sunglasses as she quickly made her way through the crowds of travelers inside the airport. 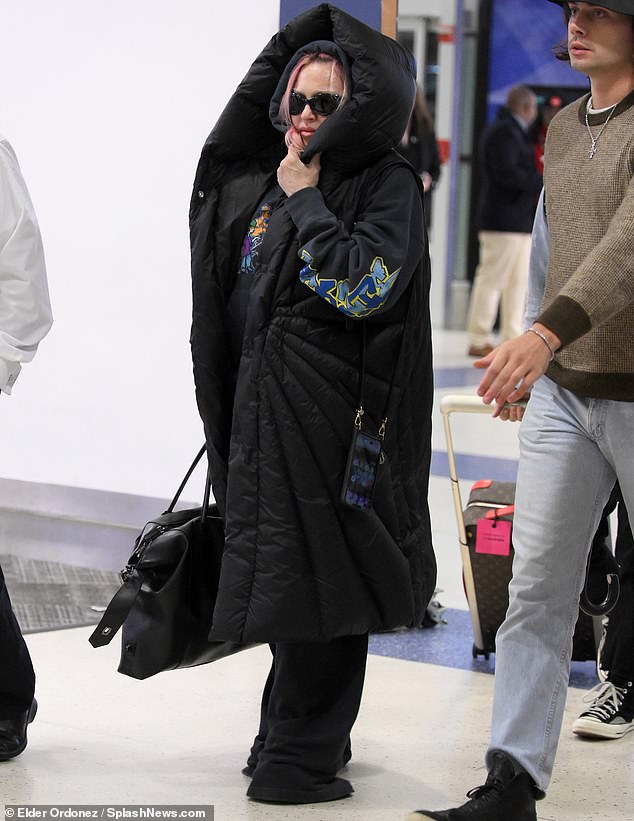 On-the-go: The singer quickly made her way through the crowded airport to check in her luggage

Madonna was seen carrying a large, black duffle bag that held a few items she needed on the plane.

Her phone was hooked to a black lanyard that was simply slung over her left shoulder.

The mother of six held the hood of her vest closely around her face as the paparazzi’s cameras surrounded her.

The iconic performer has had an influence with fashion since her leap to fame in the 80s, and she recently opened up about her 17-year-old son, David, and how he often will borrow her own clothes.

‘It’s really irritating. He wears my clothes and looks better in them. He can even wear a dress and look butch,’ she humorously stated on The Tonight Show With Jimmy Fallon. 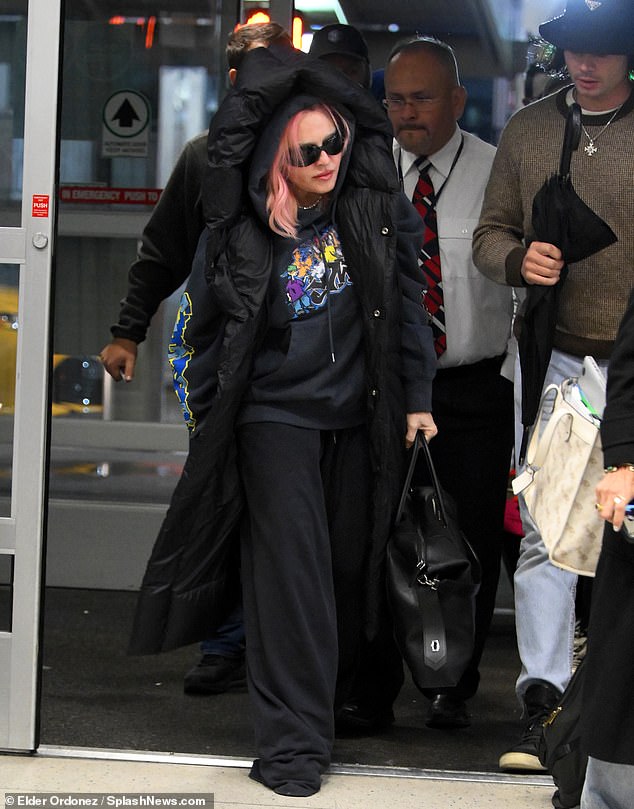 Fashionable: The Vogue singer opted for comfort in baggy sweaters and a puffer vest before stepping onto the plane 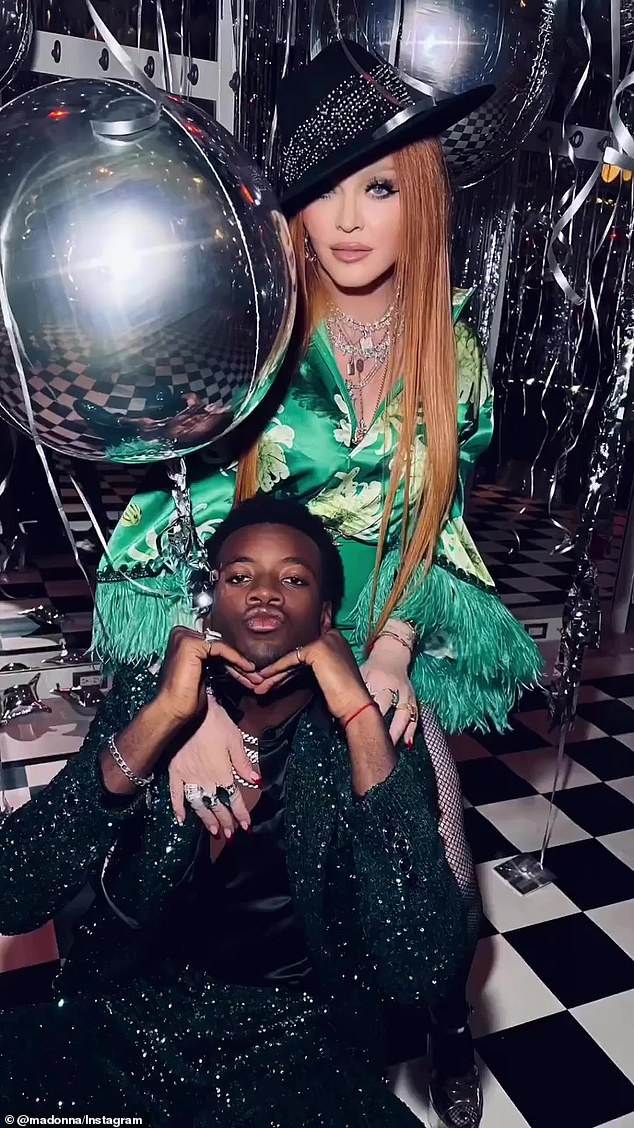 ‘He can put on any outfit and look swag as you know what,’ Madonna added during the interview about her son who recently turned 17-years-old.

The performer threw a disco-themed birthday bash for her son, who she adopted in 2008, with her ex and director, Guy Ritchie.

She shared a video onto her Instagram that captured fun and memorable moments from the birthday celebration in late September.

David donned a green sequin ensemble that glittered in the light, while his mother chose a green, floral outfit. 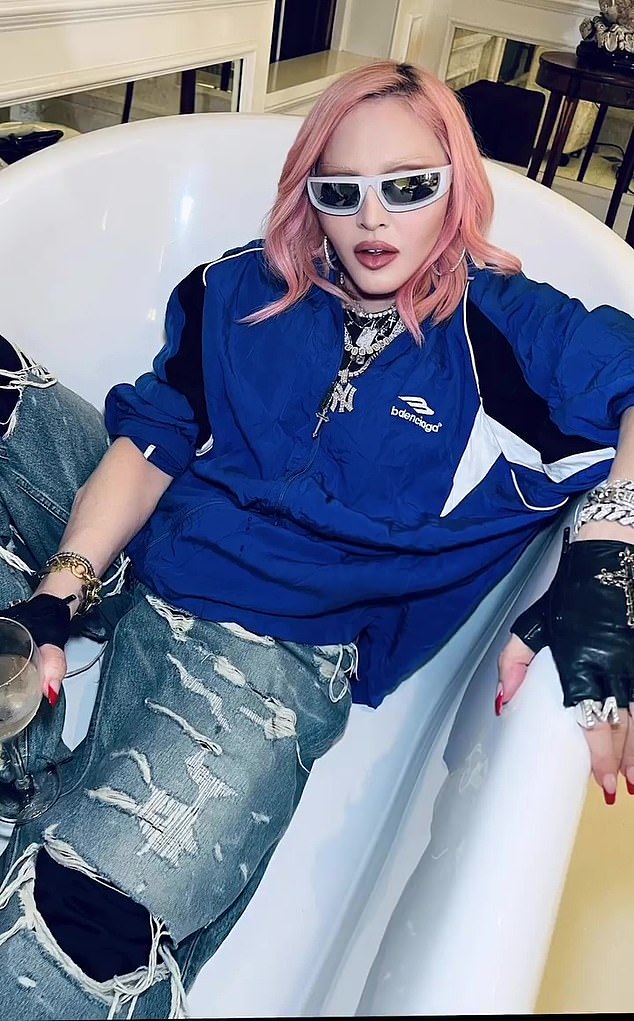 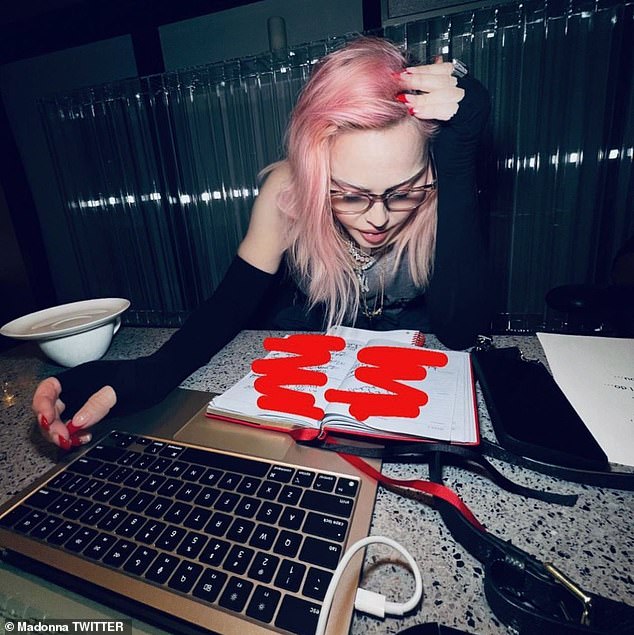 New work: On her Twitter page, Madonna shared a few photos of herself working in a recording studio, teasing that she was potentially creating a new album

On her Twitter page earlier on Friday, Madonna teased her fans with snaps of herself working hard in a recording studio. She typed out in a caption on the post, ‘Back at it…’

She could be seen looking down at a notebook potentially with lyrics to an upcoming song. Another snap showed the star playing keys on a piano.

In August, the talented singer released Finally Enough Love: 50 Number Ones which was a ‘remix collection’ of her top dance hits over the years.

However, her last original full-length album was released three years ago in 2019 with Madame X. 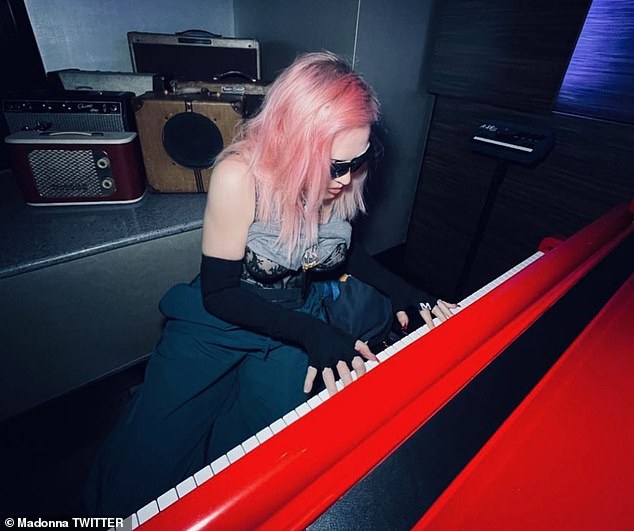