Maisie Smith cut a casual figure as she left a jam packed day of rehearsals for the Strictly Presents: Keeeep Dancing! tour on Saturday.

The actress, 20, wore a pair of skin-tight black leggings for the session with an oversized white t-shirt.

Maisie layered the look with a padded metallic gilet complete with fur hood as she carried a blush pink tote over her shoulder. 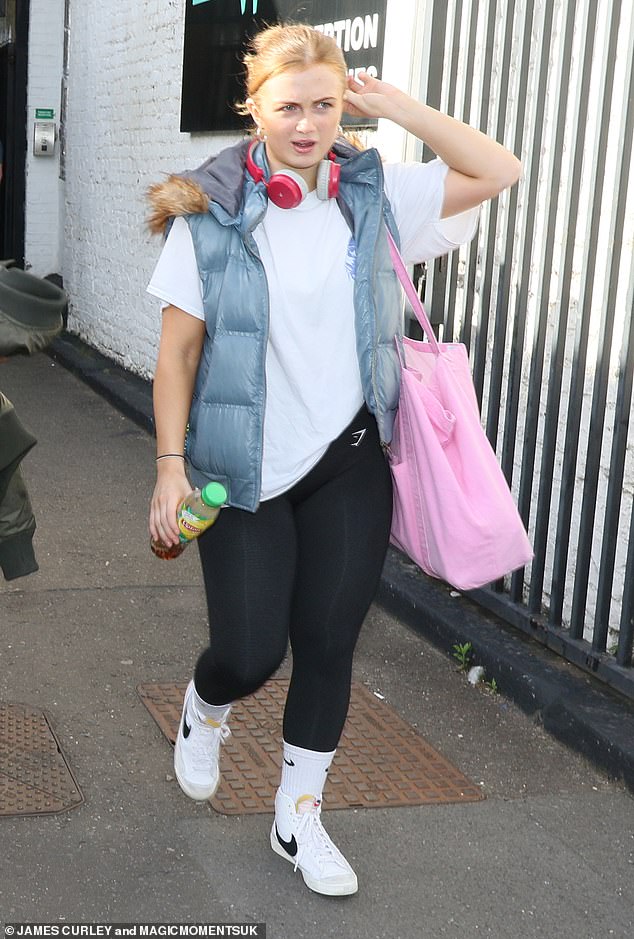 The former EastEnders actress was joined by her new professional partner Cameron Lombard, 21, who is taking the place of Gorka Marquez, 31, after he had to withdraw due to injury.

Maisie wore her auburn locks scraped back from her beautiful face as she modelled a light palette of make-up.

The soap star slipped her feet into white Nike trainers for the session  with matching socks that she pulled up over her leggings. 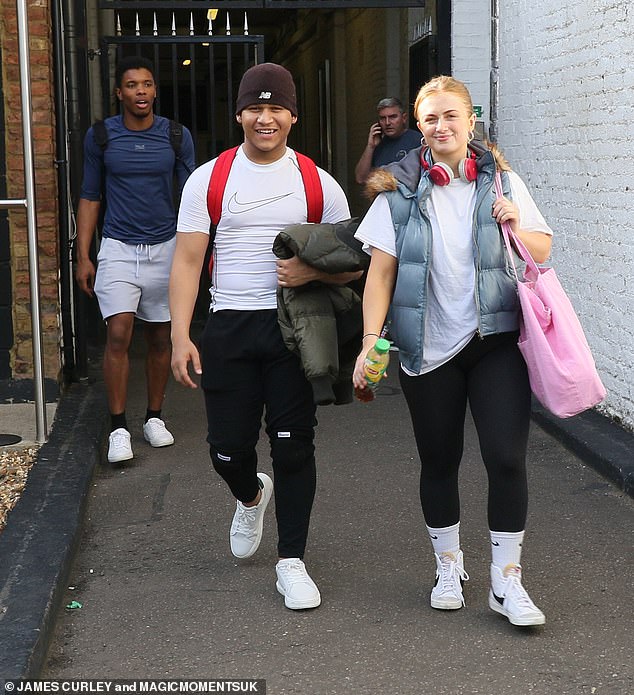 New duo: The former EastEnders actress was joined by her new professional for the tour Cameron Lombard, 21 (left) who is taking the place of Gorka Marquez, 31, after he had to withdraw due to injury 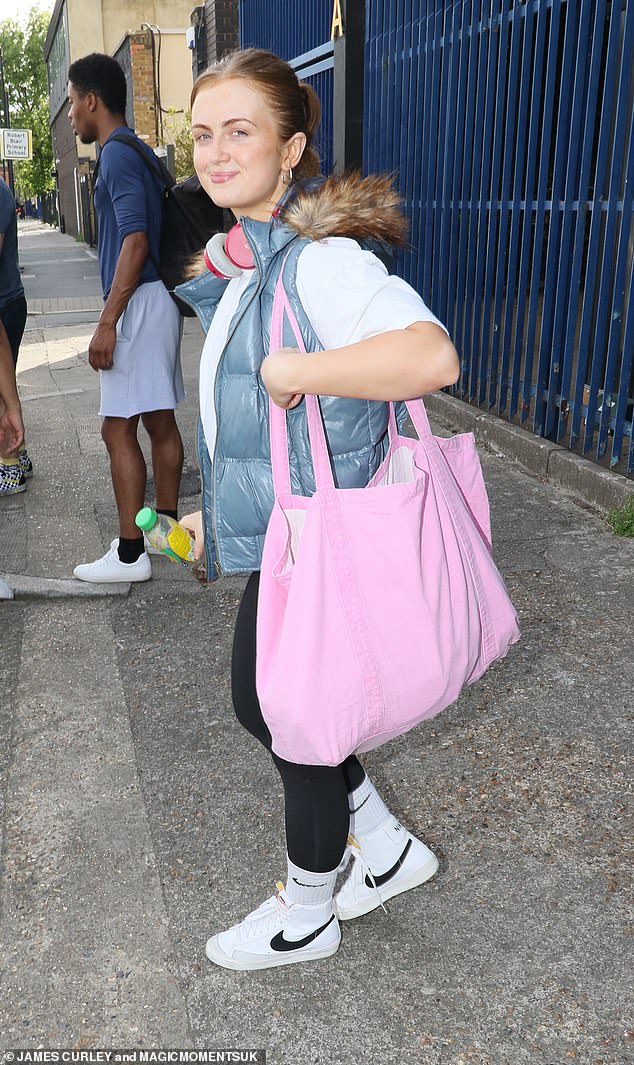 Natural beauty: Maisie wore her auburn locks scraped back from her beautiful face that was without a stitch of make-up

Sipping from a bottle of ice tea, the shattered star accessorised with gold hoop earrings as her cordless headphones hung around her neck.

Cameron donned a figure hugging white Nike T-shirt as well as black joggers as he carried his belongings in a red rucksack.

The team appeared in high spirits as they made their way to a row of waiting people carriers for a well deserved rest after a day of dancing. 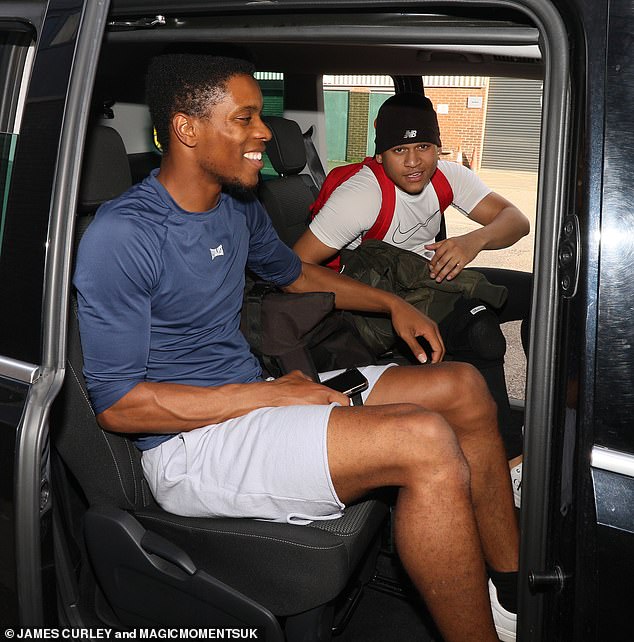 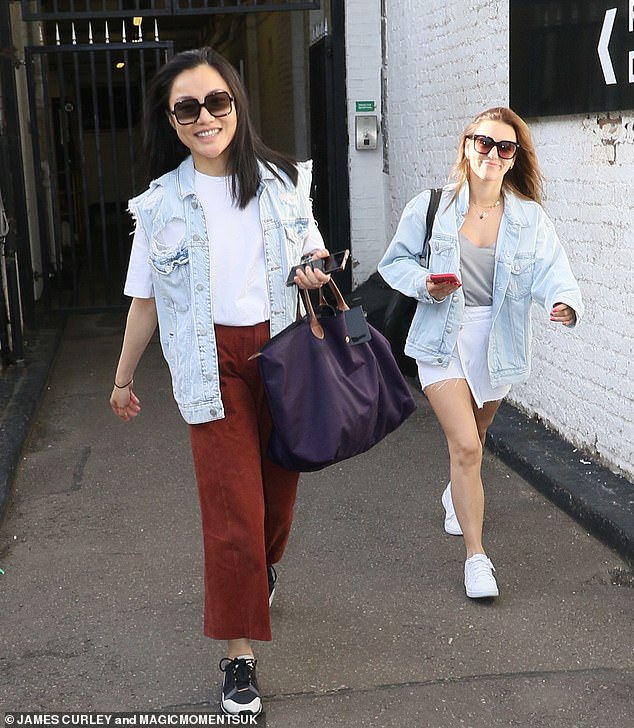 This comes after Maisie dazzled in new promo pics for the tour after her professional partner Gorka pulled out.

The soap star looked nothing short of sensational in a sparkly blue fringe minidress that showed off her toned legs.

Gorka said of his injury: ‘I’m very disappointed not to be able to join the tour, but I must follow medical advice and rest and recuperate. 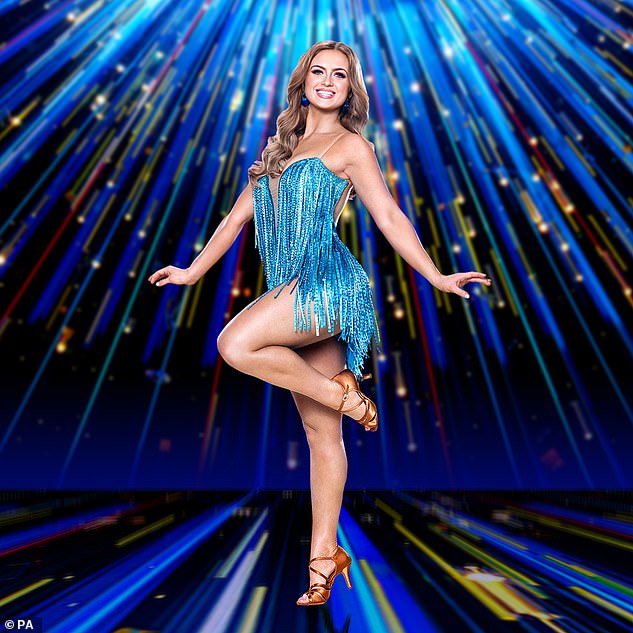 Incredible: This comes after Maisie dazzled in new promo pics for the tour after her professional partner Gorka pulled out

‘I’ll be cheering everyone on from home. Audiences are in for a real treat!’

Meanwhile his replacement Cameron said: ‘It’s a real thrill for me to be joining this new Strictly tour. ‘Keeep Dancing’ is all about giving the audiences a sneak peek at what goes on behind the scenes at the TV show – I know they are going to love it!

‘We will all miss Gorka on the road with us. I’m sending him my very best for a speedy recovery.’

‘Keeep Dancing’ director, Trent Whiddon said: ‘We are very sad that Gorka has had to withdraw but know we’ll be in safe hands with Cameron joining the cast. We’ve just started rehearsals and the show is going to be spectacular.

Here he is! Gorka (left) will be replaced in the tour by new professional dancer Cameron (right) Lombard 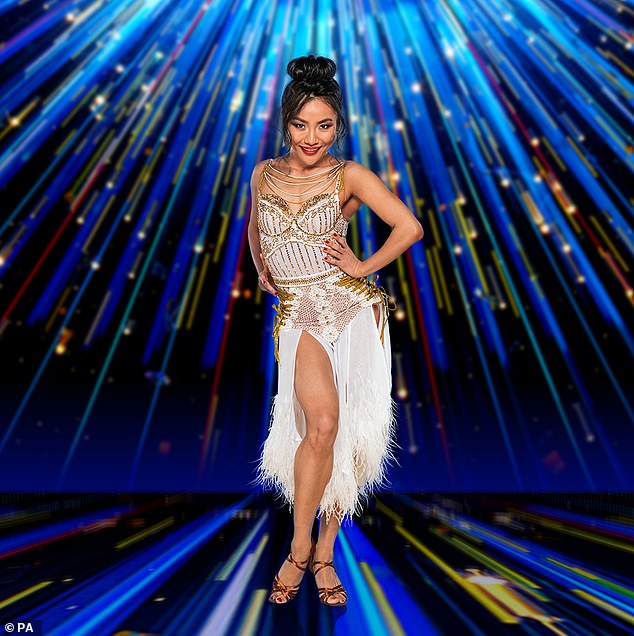 ‘Audiences will enjoy some of their favourite numbers from the BBC One show and some amazing new routines, and well as learning first hand from our cast the secret hopes, heartbreaks and goals on the TV show.’

Kicking off on 22 June at Tunbridge Wells’ Assembly Halls, the 35 date tour will give audiences a chance to go behind the glitterball and into the wonderful sparkly world of Strictly – with the celebrities and professional dancers giving a unique insight into the smash hit TV show via stunning choreography and fascinating storytelling.

And, as an extra special treat for Strictly fans, live music will be performed by The Wanted’s Max George, who competed in the 2020 series of the smash hit BBC One show. 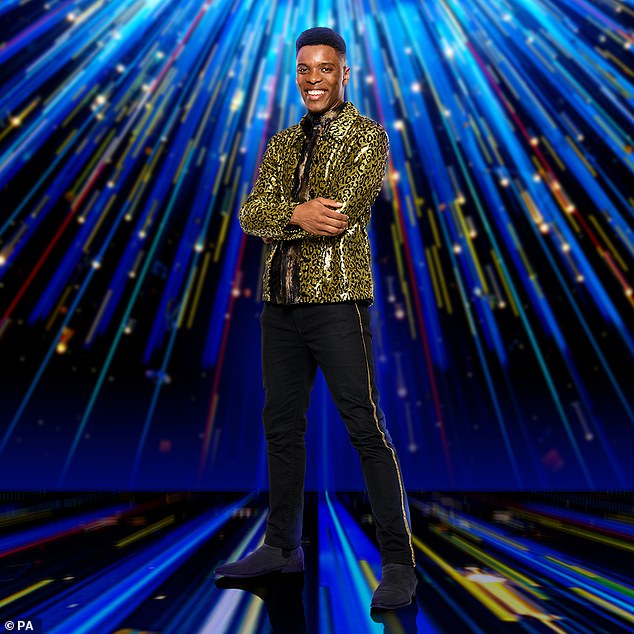 Next up: Joining Maisie and Cameron on the tour, is Strictly 2021 semi-finalist and CBBC Presenter Rhys Stephenson 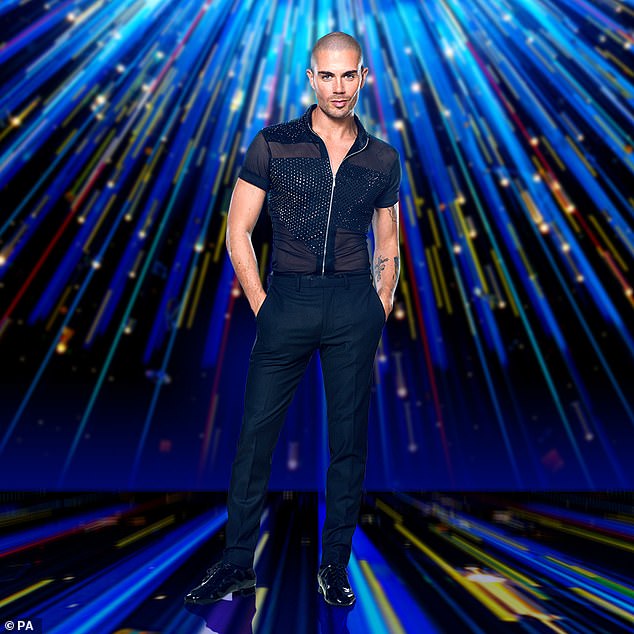 Performer: Live music will be performed by The Wanted’s Max George, who competed in the 2020 series of the smash hit BBC One show