Maisie Smith opted for comfort as she stepped out for Strictly Ballroom The Musical, rehearsals on Friday.

The EastEnders star, 21, cut a casual figure in an oversized graphic T-shirt and black leggings.

The low-key outing comes after she returned form a sun-soaked holiday in Greece with Max George. 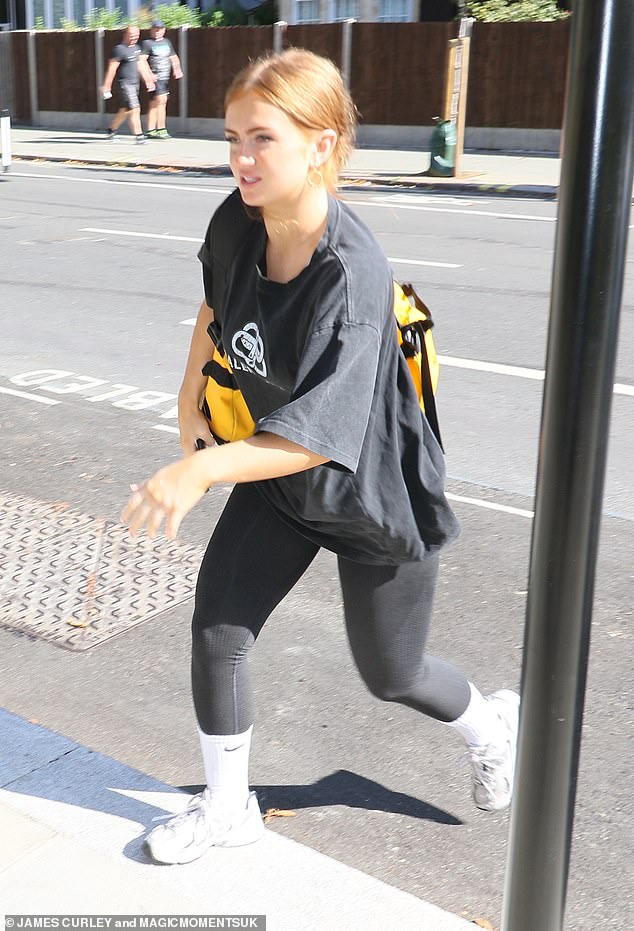 Casual: Maisie Smith opted for comfort in an oversized graphic T-shirt as she stepped out for Strictly Ballroom The Musical, rehearsals on Friday, after her Greek getaway with Max George

Maisie gave an 80’s inspired look as she teamed her relaxed ensemble with a pair of of white socks and trainers.

She also carried her essentials in a black and yellow The North Face duffle bag.

She accessorised with small gold hoop earrings and swept her locks back into a low ponytail.

Earlier this week Max and Maisie were seen kissing on a flight to Crete. In photos obtained by The Sun the pair are seen sitting next to one another and looking cosy on the romantic trip. 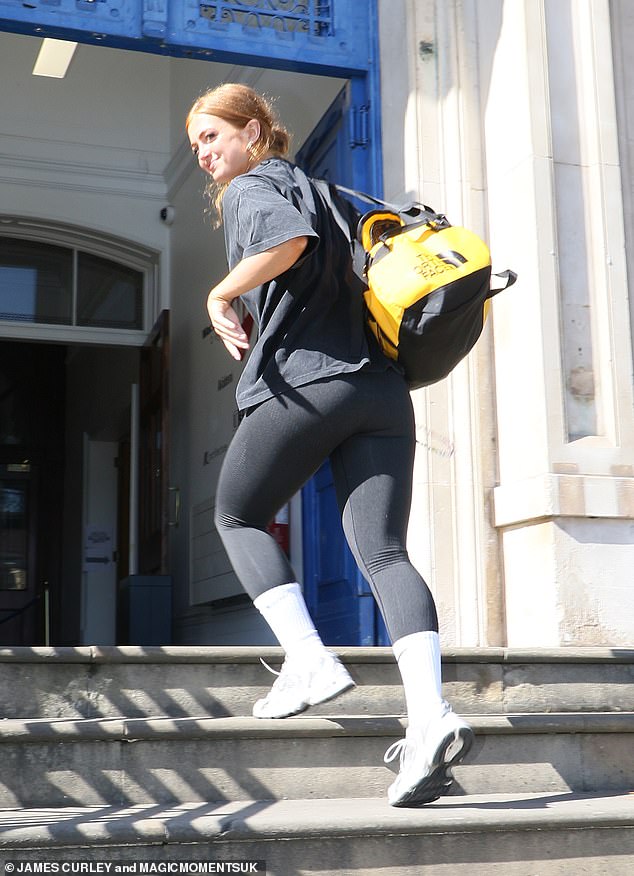 Looking good: The EastEnders star, 21, cut a casual figure in black leggings which she paired with white socks and trainers

A source told the publication: ‘They were all over each other. This isn’t a flash in the pan. Max has told people that he is falling in love with Maisie.’

A passenger said: ‘They looked like a very loved-up couple – they were all over each other for the entire four-hour flight. Snogging and giggling like any new couple.’

The pair are said to have grown close once again on the Strictly live tour, after starring on the show together in 2020.

However, the couple’s getaway appeared to infuriate Max’s ex Stacey Giggs, who made a savage dig at the singer on social media.

Former WAG, Stacey is reportedly furious that Max, 33, and his Strictly co-star are now dating publicly just days after they split. 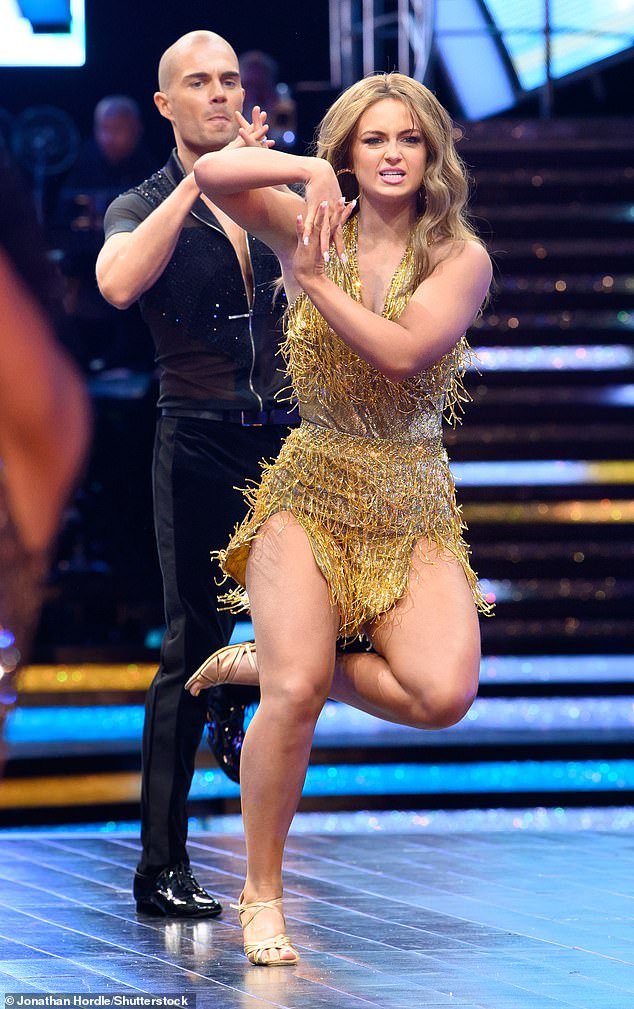 More than just friends: She recently returned from a sun-soaked holiday to Greece with beau Max George (pictured together at the Strictly Come Dancing Live photocall in January)

Amid the drama, Stacey posted some snaps from her holiday in the Algarve with her and Ryan’s two children Zachary, 19, and Liberty, 15.

She looked stunning in the photos, captioned ‘beach bar to dinner’ and a further leggy snap with her children, with the post ‘These two.’

The Real Housewives Of Cheshire star Tanya Bardsley, 41, said the WAG looked like a 21-year-old, which is Maisie’s age, in a comment, she replied, ‘What happens when you shift a lead weight from round your neck [laughing emoji].’

In a conversation with one of her friends Stacey detailed her heartbreak over the situation and explained how she feels ‘betrayed’ by The Wanted singer. 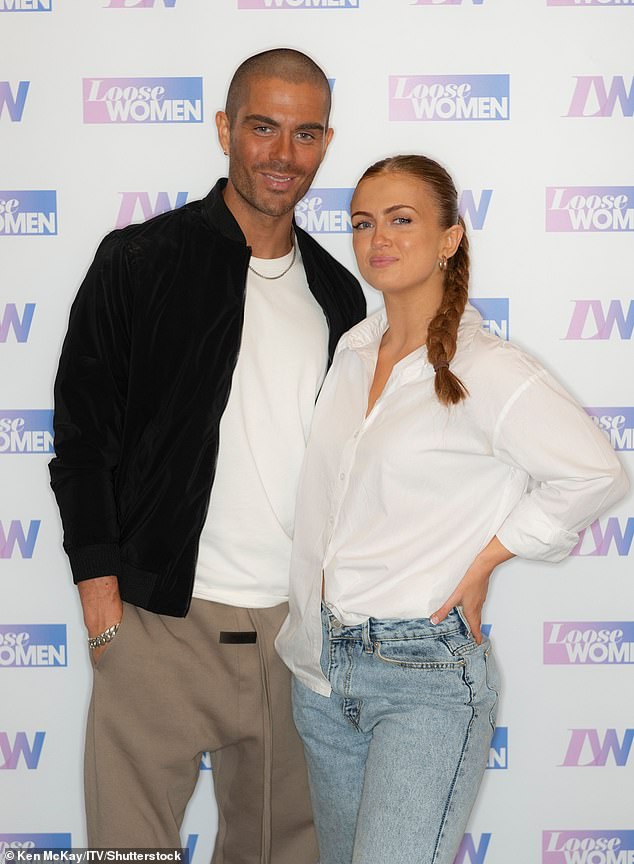 Uh oh: However, the couple’s getaway appeared to infuriate Max’s ex Stacey Giggs, who made a savage dig at the singer on social media 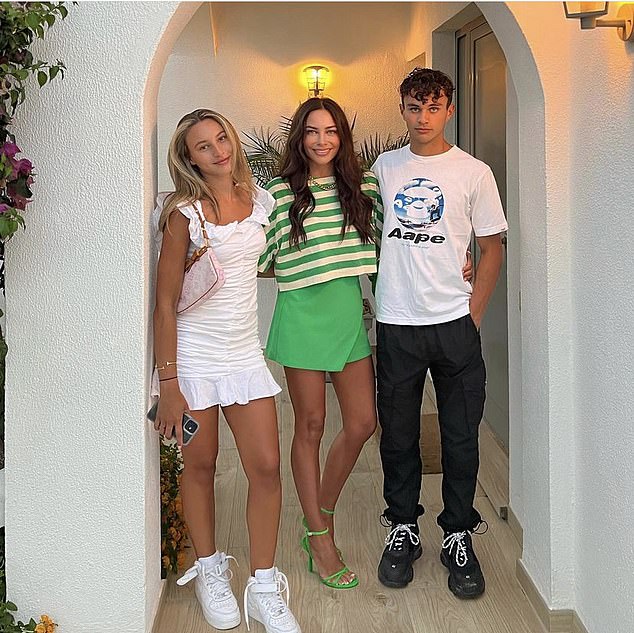 Ouch! Stacey Giggs (centre) made a savage dig at her ex-boyfriend Max on Saturday, after accusing him of cheating on her with his Strictly co-star Maisie 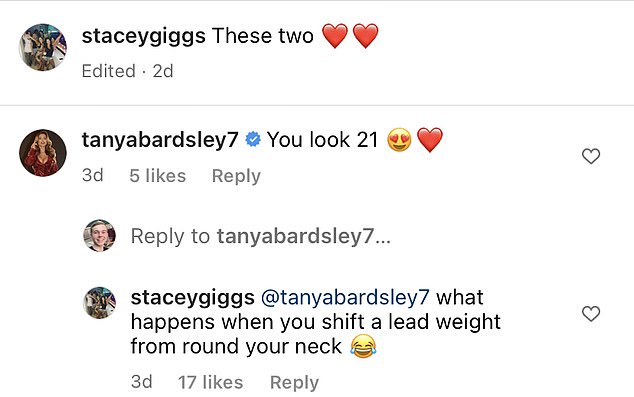 Wow! When Tanya Bardsley, 41, compared the former WAG to a 21-year-old in a comment, Maisie’s age, she replied, ‘What happens when you shift a lead weight from round your neck

The Sun reported that Stacey told a pal: ‘To see them dating publicly so quickly after I dumped him is like a dagger to the heart.’

She continued: ‘Max cheated on me with Maisie. I asked him about her but he denied anything had happened.

‘After everything I’ve done for him, I cannot believe he would be so rude and disrespectful. He’s a lying dog. I feel betrayed.’

She then went on to claim Max has changed since they first got together and he’s now ‘obsessed with fame’.

The report claims that Max and Stacey’s first split in March this year was due to Stacey becoming suspicious about her boyfriend’s close relationship with Maisie, who he had spent the previous two months with on the Strictly tour.

After a few days apart, the couple reconciled before Stacey reportedly dumped Max on July 25 after the Maisie rumours refused to die down.

Despite splitting, Max and Stacey continued to spend time together, with the former boybander a regular guest at Stacey’s home as he continued to deny he had cheated on her with Maisie.

It was on July 28 that Max jetted to on holiday to Portugal to meet up with Maisie and mutual friends. According to Stacey he continued to deny he was with his Strictly co-star, telling her in phone calls that he was in Spain.

MailOnline has representatives for Stacey, Max and Maisie for comment at the time. 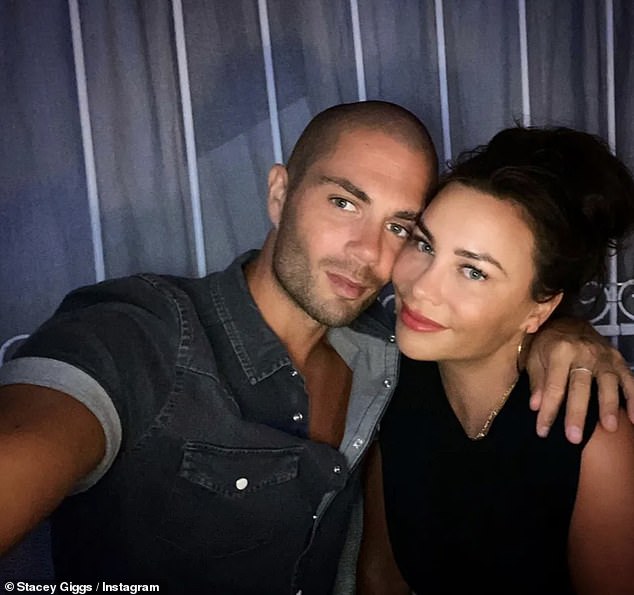 Split: The former WAG is furious that her former partner Max and his Strictly co-star are now dating publicly just days after they split