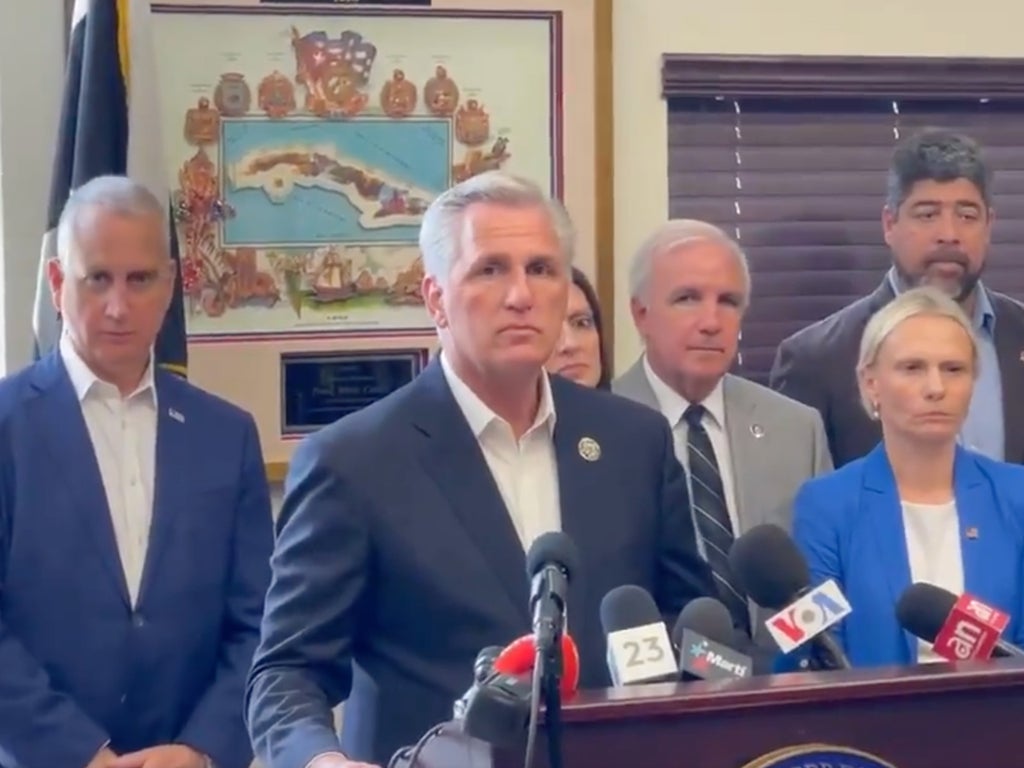 Grant Stern, a Florida radio broadcaster and the executive editor of the progressive political organization Occupy Democrats, tweeted out a video he says he was removed by four police officers for asking Mr McCarthy about why he opposed the 6 January Commission.

“I tried to ask @GOPLeader McCarthy a question after he decried Cuban police pickup up (sic) people in the streets,” Mr Stern tweeted. “Why does he oppose the bipartisan #January6thCommission? A Congressional staffer had four cops pick me up and drag me from the room. I still asked the question.”

Matt Sparks, a spokesman for Mr McCarthy, said in an email to The Independent that “congressional staff had nothing to do [with] his removal”.

“How can you stay silent when you hear the cries of freedom?” Mr McCarthy can be heard saying in the video. “You see the oppression of people being picked up in streets.”

When the minority leader finishes speaking, a man from behind the camera can be heard saying: “Minority Leader, you said that the 1960 revolution created tyranny on the island of Cuba and I am asking you a question.”

The camera then starts to move around. With a raised voice, he continues, “It’s not a Democratic or Republican issue, so why do you oppose the January 6th commission, sir?” he asks as the camera starts to shake more and more.

The Independent has reached out to Mr Stern for comment.