Mandy Moore is planning on a drug free delivery when she has her second son in a few months, not by choice, but because of a medical necessity.

The This Is Us star, 38, told TODAY Parents she has an autoimmune disorder called immune thrombocytopenic purpura (ITP), that prevents her from receiving an epidural to numb the pain during childbirth.

‘My platelets are too low for an epidural,’ the actress, 38, told TODAY Parents in an interview earlier this month. 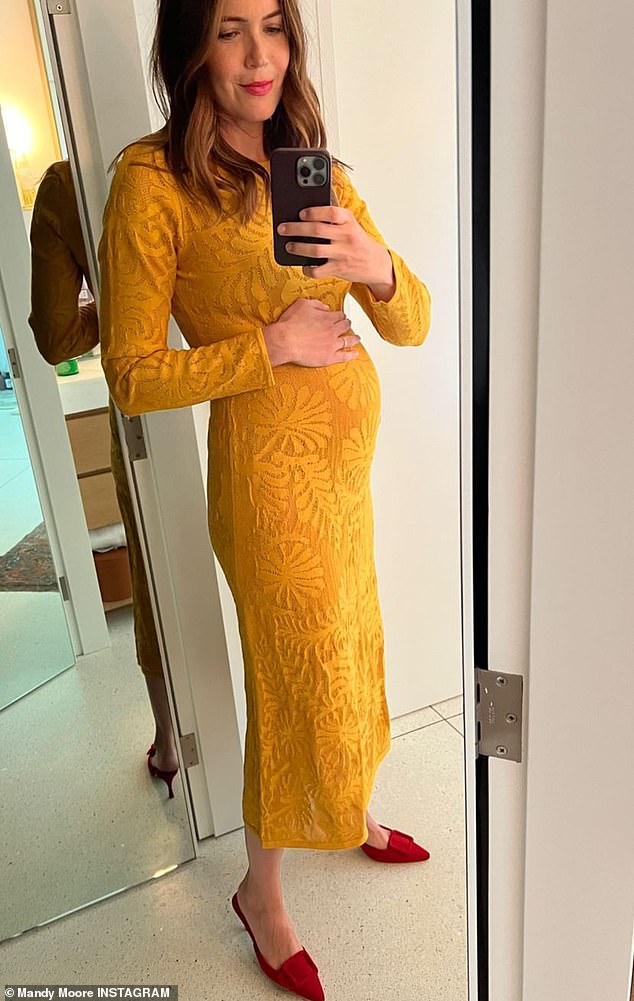 Delivery: Mandy Moore, 38,  has revealed she suffers from an autoimmune disorder that prevents her from receiving a pain relieving epidural during childbirth when she delivers her second child in October

The Only Hope singer revealed she gave birth to her 17-month-old son, Gus, without pain relief and described the experience as ‘awful.’

‘But I can do it one more time. I can climb that mountain again.’ she asserted. ‘I wish medication was an option — just the idea of it being on the table is so nice. But we’ll just push forth like we did last time.’

According to the Mayo Clinic, ITP occurs when the immune system ‘attacks and destroys platelets.’ If not taken seriously during pregnancy, it could lead to a ‘greater risk of heavy bleeding during delivery.’ 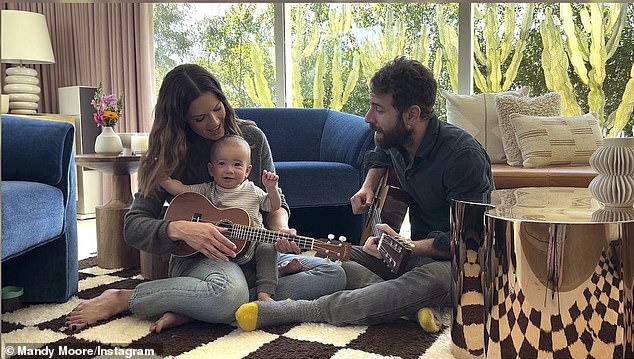 Awful: The This Is Us actress described the pain during the deliver of her first son, Gus, whom she shares with husband Taylor Goldsmith, as ‘awful,’ but says she ‘can do it one more time’

The Tangled actress revealed in June that she and her husband, Taylor Goldsmith, 36, were expecting a new little one in October.

The couple have been married since 2018.

Last month, the singer and songwriter announced she would cancel the rest of her In Real Life Tour.

‘When we booked these shows, I wasn’t pregnant,’ she explained via Instagram, ‘ And although I truly thought I could power through, the way we are traveling (long hours on the bus and not getting proper rest) has caught up, taken its toll, and made it feel too challenging to proceed.’ 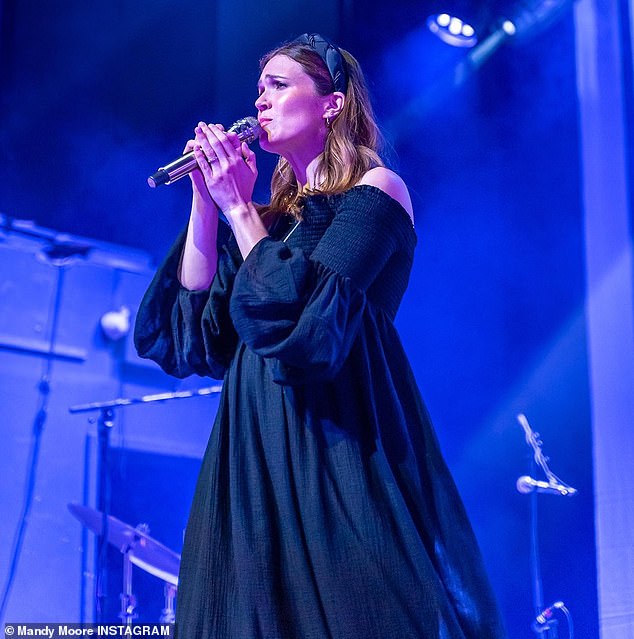 Cancelled:  The pregnant singer cancelled her Real Life Tour, telling fans the long hours on the bus and not getting enough rest made it ‘feel too challenging to proceed’

‘I know that I have to put my family and my health (and the health of my baby) first and the best place for me to be right now is at home.’

According to statement on social media, she assured those who held tickets from cancelled shows would get a full refund and is donating proceeds from the sales of any leftover merchandise to Everytown for Gun Safety.

The Crush singer’s fans responded with an outpouring of support, writing, ‘You and the babies first!’ and ‘We’ll be ready when you are!!’

Share
Facebook
Twitter
Pinterest
WhatsApp
Previous articleToto Wolff may have Lewis Hamilton 'insurance plan' ruined by Sebastian Vettel
Next articleCould you hire an apprentice for your small business? We explain how it works and what to consider
RELATED ARTICLES
Tv & Show