Mark Wright hits back at claims he has an easy life

Mark Wright has hit back at trolls accusing him of having an easy life, saying he’s outlasted some Love Island and fellow TOWIE stars because of his demanding work ethic.

The reality favourite, 35, told MailOnline he regularly swats away jibes at his lifestyle, sparked by exotic free trips he promotes to his 1.8million followers on Instagram.

But Mark, who found fame on TOWIE in 2010, admits he can’t rely on singing or acting talent like other celebrities, including his ex-Corrie star wife Michelle Keegan, 34, so he must constantly find ways to maximise his exposure. 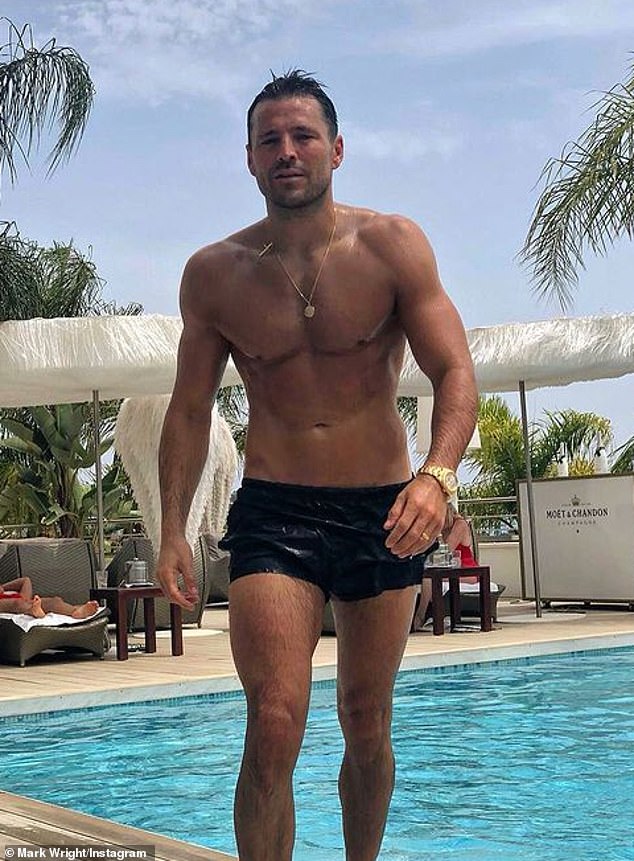 ‘It annoys me’: Mark Wright has hit back at trolls accusing him of having an easy life, saying he’s outlasted some Love Island and fellow TOWIE stars because of his demanding work ethic

Mark said: ‘I don’t care what people say about me but the one thing that annoys me is when I say something as little as ‘I’ve had a hard day’ or ‘I’m going home for a beer’ I get comments like ‘You don’t know what a hard day at work is’ – but you don’t last this long without working hard.

‘I understand that I was given a platform and an amazing opportunity 12 years ago and it put me on the ladder but look how many people have been given those opportunities on all these shows, Love Island, TOWIE, and only a certain amount last.

‘I have to keep working hard. It’s all well and good being given the platform but the hard work starts once you’ve been given it.

‘How do I keep this alive? It’s constantly thinking and working and being a good person.’ 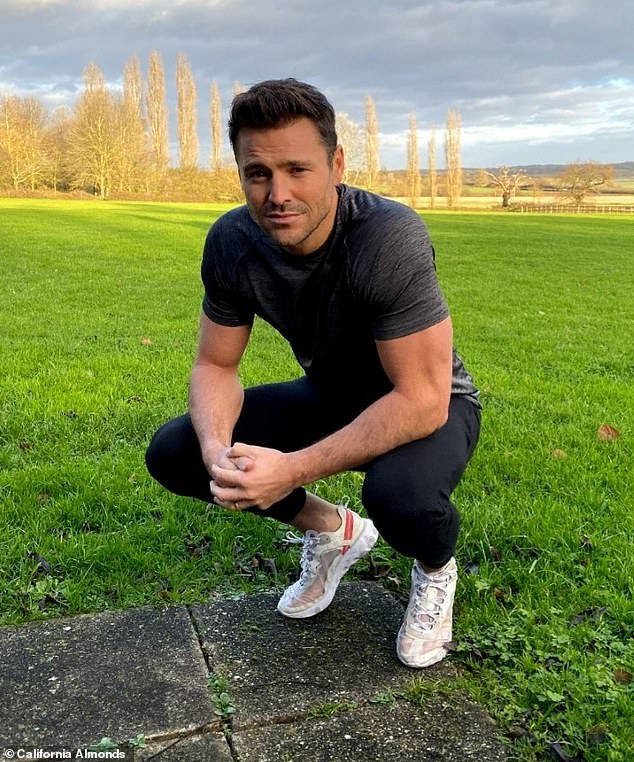 ‘Only a certain amount last’: The reality favourite told MailOnline he regularly swats away jibes at his lifestyle, sparked by exotic free trips he promotes to his 1.8million followers on Instagram

After getting his big break on TOWIE, Mark has starred in his own reality show, appeared on TV juggernauts I’m A Celebrity… Get Me Out of Here! and Strictly Come Dancing, hosted his own entertainment series in the US, become a permanent fixture on Heart FM, and launched his own fitness brand.

He admits ‘keeping busy’ is the key to his longevity, saying: ‘I have to be busy in my industry.

‘I wasn’t born with an acting talent or a singing talent so if something was to go wrong or if I was to go quiet… I have to stay busy and keep working hard. I have started a couple of companies and I have to keep that going.’

Building his new £3.5million dream home in Essex is currently keeping him most occupied. 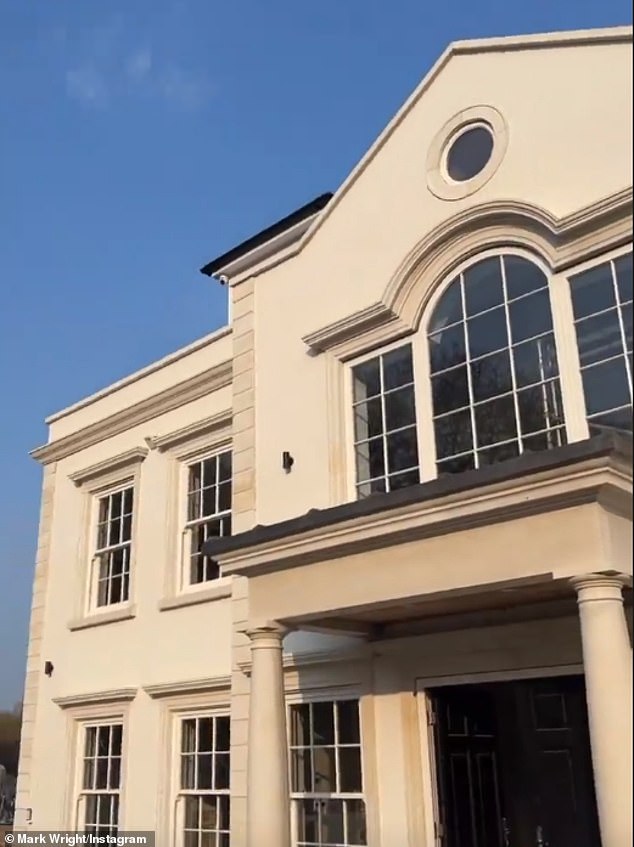 ‘Stressful’: Building his new £3.5million dream home in Essex is currently keeping Mark most occupied, as the star confirms to MailOnline he hopes to move into the property next month

Mark and Michelle, who married in 2015, hope to move in next month having started the project in 2019.

They demolished the original property on the land to build the new one from scratch.

The five-bedroom house, complete with bar, gym, granny annexe and outdoor swimming pool, will be the couple’s ‘forever home’ so Mark wants to ensure everything is perfect ahead of the move.

He explained: ‘It has been stressful. I have built properties in the past but those weren’t as stressful because I give them to my dad, he gets the builders in and I tell them what colours I want and that’s it but with this house, we are only going to get one real chance at this – it’s going to be our forever home and I don’t want to mess it up. 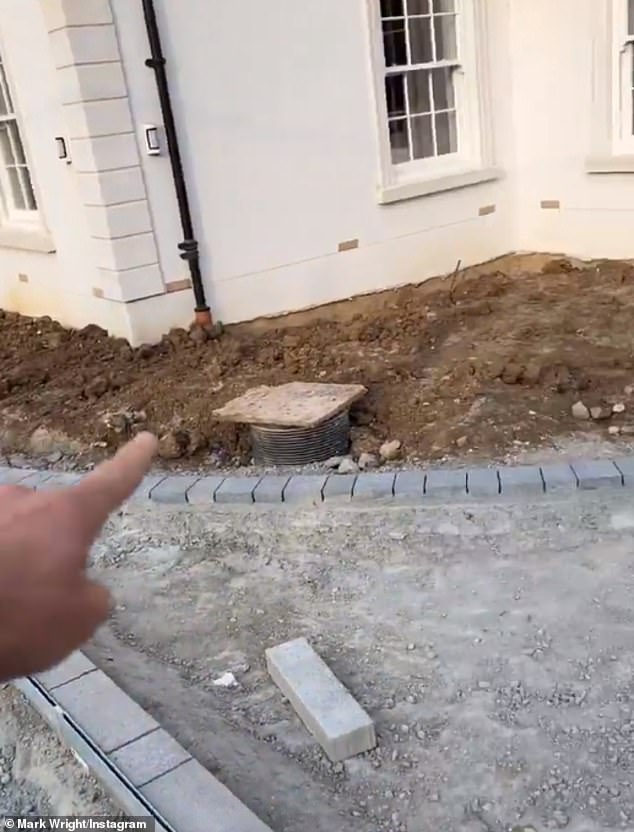 ‘We’ve thought about everything’: The house, complete with bar, gym, granny annexe and outdoor swimming pool, will be the couple’s ‘forever home’ so Mark wants to ensure everything is perfect

‘You know when you move into a house, and you think ‘why haven’t they put a plug socket on that wall?’ and ‘why is that toilet door there because now I can’t put a sofa on that wall’ – we have thought about everything.

‘Along the way I have knocked door four internal walls and I have moved doors – I want it to be absolute perfection to what we want. That has been stressful but at the same time it has been exciting.’

And the TV star says wife Michelle has the final say on everything, adding: ‘Whatever Michelle wants, we just do.

Mark has recently become an uncle to his brother’s son after footballer Josh and his wife Hollie welcomed a baby boy, who was born a month premature. 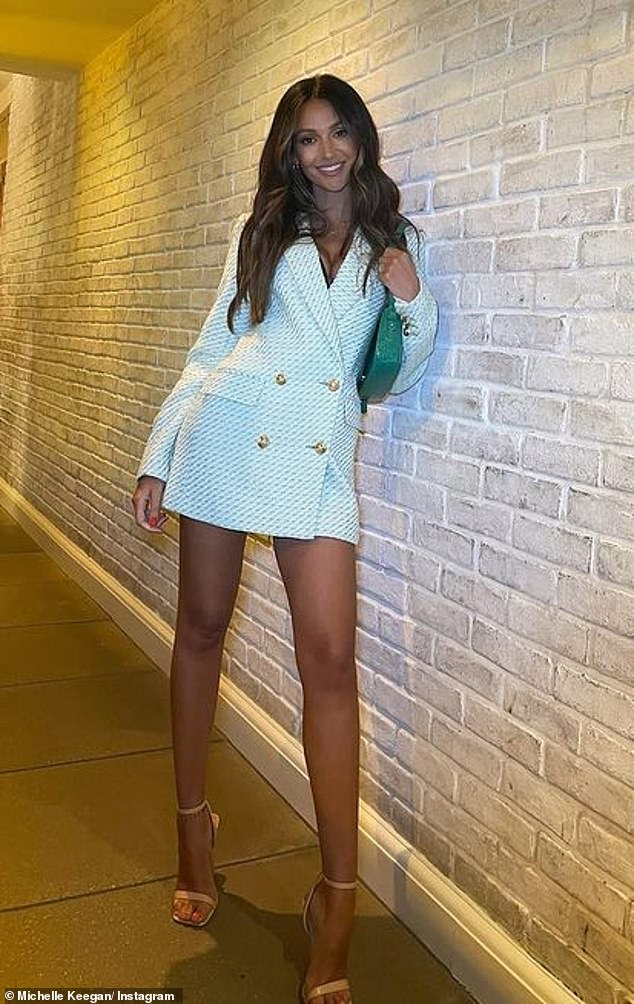 ‘I would rather her just be happy’: Mark insisted that wife Michelle has the final say on everything, adding: ‘Whatever Michelle wants, we just do’

The radio presenter admits he felt ‘frightened’ and ‘panicked’ after falling asleep with baby Josh on his chest, waking up from a nightmare screaming ‘is he breathing?’

He said: ‘It’s my first time being an uncle it’s been an emotional rollercoaster.

‘I was so worried at first because baby Josh was premature, and he was so tiny and took me half an hour to relax when I was holding him because I felt like he was too small, and I didn’t know what to do.

‘It was cute but this frightened me, he fell asleep on my chest and I fell asleep because I had been travelling back from LA the other week and I was jet lagged and I laid him on my chest, fell asleep, woke up and forgot that he was there so I panicked and was screaming ‘is he breathing?’ and my sister-in-law was like ‘what are you talking about?’ I just had one of those panic dreams.’ 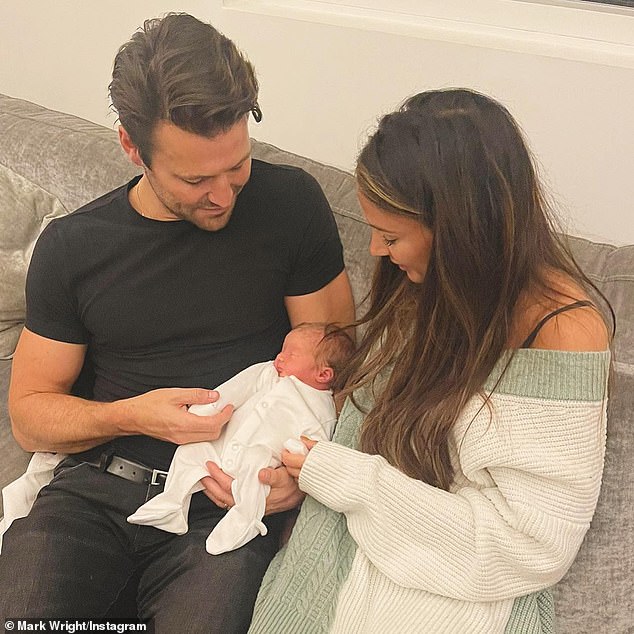 ‘I had one of those panic dreams’: Mark recently became an uncle to brother Josh’s son who was born a month premature, causing the radio DJ to feel distressed over his small size

Mark has teamed up with California Almonds to highlight the importance of eating well to maintain his energy levels, which have been an important factor during his house build.

He says it’s usually around 10am he starts ‘to crash’ and needs a healthy boost.

Mark added: ‘It would probably be either after 10am at around 11am or once I’ve had my lunch and I start to crash so I need another pick me up.

‘From the bottom of my heart, my snack choice when I’m trying to be healthy has always been nuts and almonds and I was taught that when I was 18 and I playing football. I also like to eat a lot of protein to keep my muscle mass.’

California Almonds conducted a new survey that revealed 10-11am is the ‘golden hour’ for productivity, before it drops by 50 per cent at 11am while 2 in 3 people blame ‘lack of energy’ from not eating the right foods for the mid-morning slump.