Mark Wright has revealed his secret pet name for his wife Michelle Keegan.

The radio host, 35, was speaking on his Heart FM Saturday show when he revealed he calls the former Coronation Street star ‘treacle pant’.

The TOWIE legend came clean as he was being quizzed about the cute names they have for each other live on air. 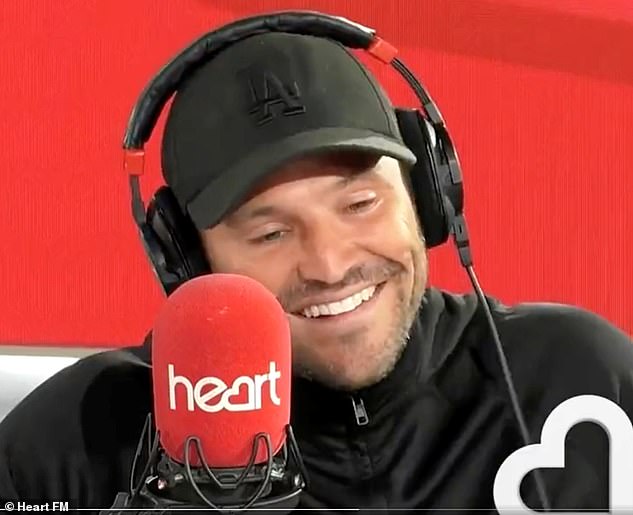 Cute: Radio host Mark was speaking on his Heart FM weekend show on Saturday when he revealed what he calls the former Coronation Street star

Grinning sheepishly, the presenter took to the the airwaves explaining to the listeners the reason for the name, he said:

‘I’ve thrown the odd princess out to my wife before I’m not going to lie.’

‘I sometimes call my wife treacle pant, I don’t know why, obviously you’ll be like ‘hello treacle’, but I put a ‘pant’ on the end, like treacle pants, but I take off the ‘s’, ‘treacle pant you want a cup of tea?’ 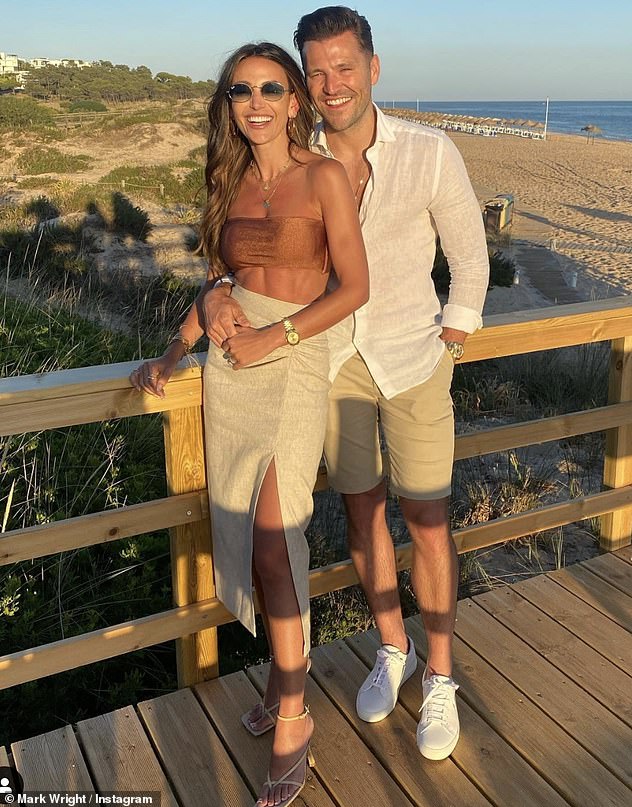 Loved-up: The TOWIE legend, 35, came clear as he was being quizzed about the cute names they have for each other live on air 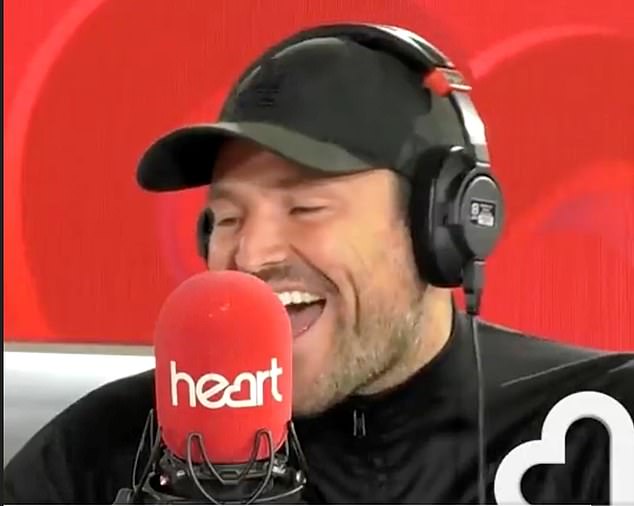 Instantly regretting what he had said, he exclaimed: ‘I can’t believe I just said that live on radio!’

It comes as the loved-up couple recently enjoyed a lavish family holiday in Turks and Caicos with Michelle sharing a slew of sizzling snaps during their sun-soaked getaway.

The actress, 34, looked incredible as she slipped her jaw-dropping physique into a chic black maxi dress featuring white-and-orange swirls.

Beaming from ear-to-ear against the backdrop of a luxury hotel, she enhanced her natural beauty with a full-face of flawlessly applied make-up. 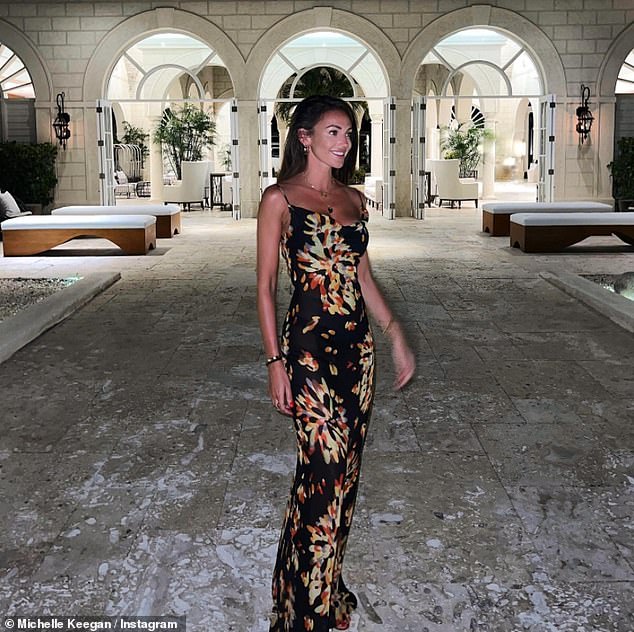 Gorgeous: Michelle Keegan showed off her enviable frame in a chic black maxi dress featuring tropical swirls during her lavish Turks and Caicos getaway in an Instagram post last week

The former Coronation Street star accessorised with a silver chain necklace and completed and completed her look with a chunky black bracelet featuring pearls.

Michelle looked sensational on Sunday as she shared a post of herself posing in the sea earlier on during her sun-soaked holiday.

She smiled widely as she dipped her toes in the clear water, holding her shoes in one hand and donning an oversized shirt, leaving her toned legs bare. 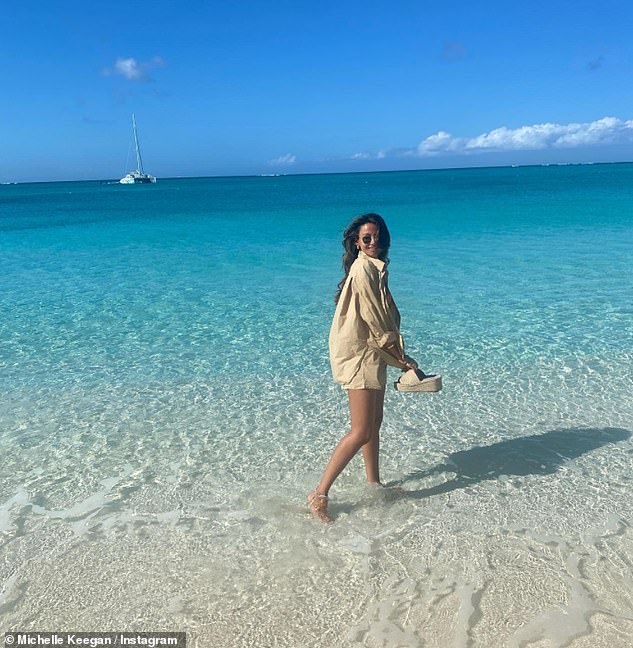 Incredible: Michelle looked sensational as she shared a post of herself posing in the sea earlier on during her sun-soaked holiday last week

The couple were joined by Mark’s family on the luxury holiday, including his pregnant sister Jess, who has used the trip as a babymoon with her husband William Lee-Kemp.

This comes as Jessica revealed that the family are in advanced talks to star in a Kardashian-style reality show.

After years of speculation, ITV are set to give the green light to the project, which will centre around the former TOWIE star, Natalya, 21, brother Josh, 32, and parents Carol and Mark Senior.

And speaking exclusively to MailOnline, Jess told how her grandmother Irene is being lined up to appear as the family matriarch, taking on the mantle of her late Nanny Pat, the TOWIE icon.

Jess said: ‘There is interest now about doing a series following our family, on the back of the show about my wedding.

‘It’s been rumoured for years but now is the right time because my brother Josh is having a baby, and I might be starting to have my own family soon, so it just feels like the natural time to do it.

‘There are so many of us, so many characters and we’re used to being around the cameras as well. It’s second nature to us.’ 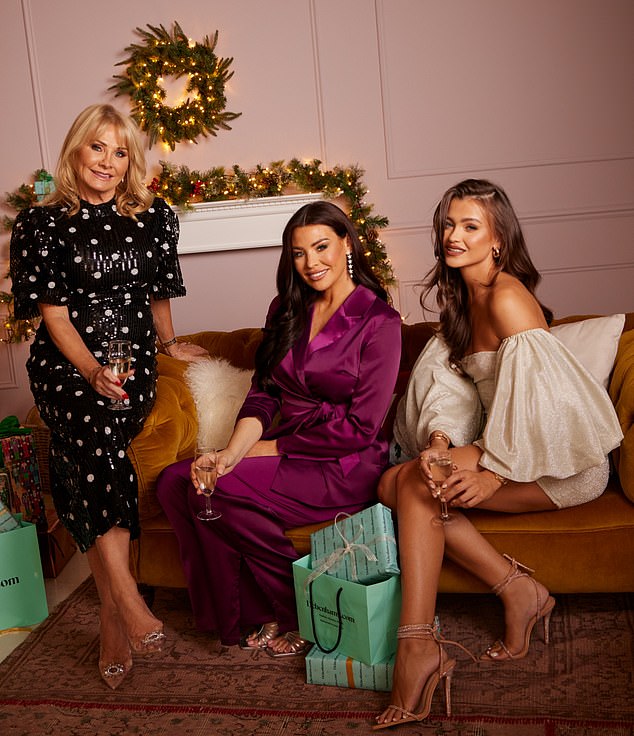 New show? ITV are set to give the green light to the series, which will centre around Natalya, Jessica, brother Josh, and parents Carol (pictured) and Mark Senior