The advertising tycoon, 77, was forced to delay publication twice in March – sending shares in the company tumbling. 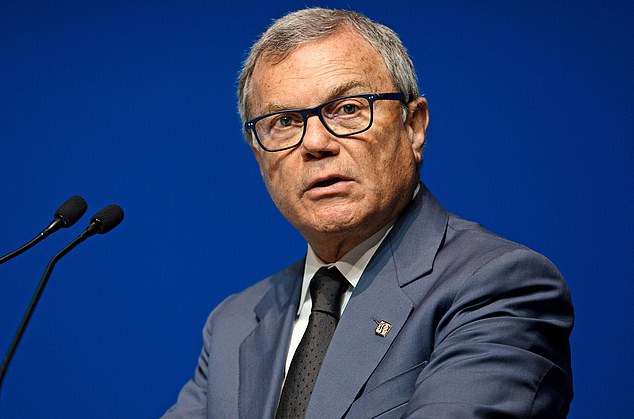 The digital advertising agency has come under increased scrutiny over the delay to publishing its results.

The figures were due on March 18 but its auditor PwC said it was unable to complete ‘the work necessary’ and pushed back publication to the last day of the month.

Then, in an update on March 30, S4 said PwC had refused to sign off its accounts which led to its results being delayed for a second time.

Sorrell, who is the largest shareholder in the digital advertising company with a near-10 per cent stake, launched S4 in 2018 following his acrimonious departure from WPP.

The digital advertising agency employs more than 7,500 people across 33 countries and reached the £1billion unicorn milestone in just over a year.

Sorrell has previously warned he was considering moving his digital advertising agency from London to Wall Street as it would ‘get a better valuation’. Shares in WPP fell 0.3 per cent, or 3p, to 1009.5p. 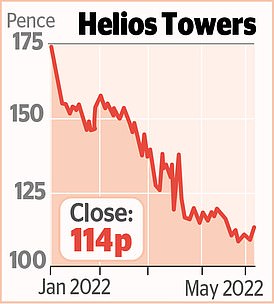 Shares in Helios Towers climbed after revenues for the first three months of this year rose more than a fifth compared with a year earlier.

In its trading update, the phone mast operator’s sales for the first quarter reached £103million – up from £84million in the same period in 2021.

While Sorrell’s announcement created ripples through the market, the day belonged to the Bank of England.

Threadneedle Street grabbed the headlines by raising rates to a 13-year high of 1 per cent and warning that Britain was heading towards recession as inflation soars above 10 per cent.

The update from the Bank came after America’s central bank – the Federal Reserve – raised rates by 0.5 percentage points on Thursday night. It was the biggest increase in US rates since 2000.

Canadian London-listed Endeavour Mining was among the winners on the blue-chip index after it beat analysts’ first quarter estimates.

In its trading update for the first three months of the year, the gold miner’s adjusted net earnings reached £98.32million – up from £81.41million a year earlier.

Sebastien de Montessus, president and chief executive, said the company started the year on a ‘strong footing’ and hailed the fact more than £80.84million has been returned to shareholders over the period through dividends and buybacks.

Shares climbed 4.2 per cent, or 81p, to 2022p. Also on the up was packaging firm Mondi, which said it would divest its Russian operations in light of the war in Ukraine.

The group’s trading update beat market expectations and led to its rating being upgraded to ‘overweight’ with shares up 4.3 per cent, or 64.5p, to 1566.5p.

But it was mixed fortunes for Barratt Developments.

Despite this, Barratt’s trading update also hit out at the ‘unjust and disproportionate’ way the Government plans to expand a levy to finance fire safety repairs.

It labelled the plans as ‘further punishing housebuilders who were not responsible for most of the historical buildings or building safety issues being addressed’.

Shares in pharmaceutical group Hikma fell heavily by 9 per cent, or 167p, to 1685.5p after it announced a delay to the launch of the narcolepsy drug Xyrem.