Crown, as well as owning a number of prestige hotels, has a bunch of gaming assets. It owns Betfair Australasia, Chill Gaming and DGN Games along with a 50 per cent stake in the Aspers casino chain here in the UK.

The rattle of private equity money, £1.9billion of which will go to James Packer, son of the late media magnate Kerry Packer, was heard across the Square Mile and set off more talk about consolidation in the sector. 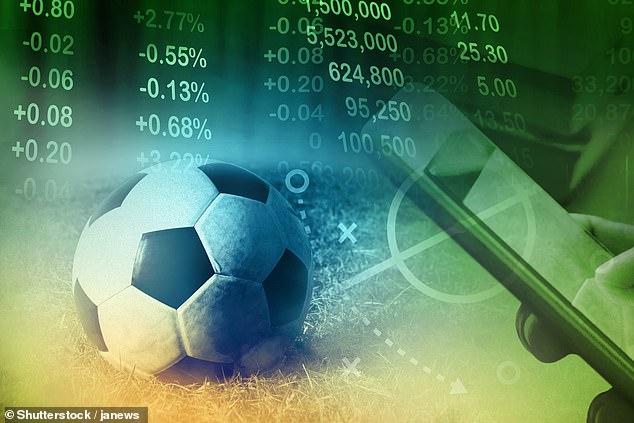 Goalden: Crown, as well as owning a number of prestige hotels, has a bunch of gaming assets

For investors in the FTSE 250’s Playtech, which creates the software used by gaming companies, the wait for a deal goes on after it said takeover talks with corporate finance advisory firm TT Bond Partners are continuing after 15 weeks of discussions. The board said it is still exploring options for maximising shareholder value.

In February, Playtech shareholders rejected a £1.5billion offer from Australia’s Aristocrat, with a large group of Asian investors said to have voted against the deal.

Other suitors, including the Gopher Investments consortium (the second-largest shareholder and an affiliate of TTB), and the JKO Play vehicle, led by Eddie Jordan, have also walked away.

Sentiment was helped by monthly retail sales data, which showed spending grew by a better than expected 1.4 per cent last month.

Meanwhile, the £595m takeover of transport group Stagecoach by German group DWS finally went through after being given the nod by shareholders. Rival National Express, which had struck a deal to merge with Stagecoach before being gazumped by DWS, noted that its own offer had now lapsed as a result.

The session saw some of those stocks worst-hit in the sell-off recover lost ground with Royal Mail leading that particular charge. It gained 5.1 per cent, or 15.4p, to close at 315.4p.

Even after Thursday’s warning on rising costs and slowing growth, the number-crunchers at UBS reckon Royal Mail is worth a punt. The analysts’ buy rating is built on a 420p price target.

It was hard to pick a loser as markets headed towards the weekend. But they were there if you looked.

Euromoney, the business and financial information group, succumbed to a bit of post-results profit-taking as its shares fell 3.3 per cent, or 34p, to 1008p.

Investors in Tui, the holiday giant, were still suffering the hangover from its recent fundraiser as it slid 3.7 per cent, or 7,7p, to 201.5p. On Wednesday it said it would bank £360m by issuing new shares, so it can repay a German government Covid loan.

One of the biggest fallers was Sensyne Health, the medical data firm founded by former Labour science minister Lord Drayson.

Its shares fell 10.9 per cent, or 0.15p, to 1.23p as the reality of Sensyne’s situation continued to set in. The stock will stop trading on AIM on June 17 and will be delisted as part of a rescue package.

The little known loophole that lets you beat the ULEZ charge