Shares in Hammerson plunged after inflation warnings sparked fresh fears over a slump in footfall.

The owner of the Bullring shopping centre in Birmingham and Brent Cross in London took a hit during the pandemic as shoppers were forced to stay indoors.

Now its post-pandemic recovery could be under threat as the cost of living crisis sees consumers pull back on spending. 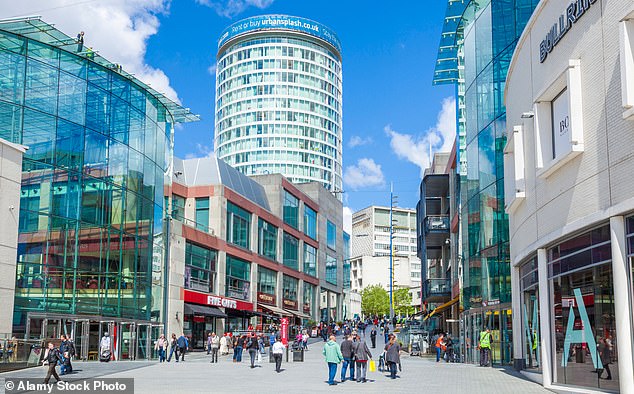 Hammerson, which also owns shopping centres in Reading and Southampton, has faced downbeat forecasts from analysts concerned as to whether the economic turmoil will hinder its restructuring progress.

The share price fall comes only days after it was disclosed that Amigo Loans founder James Benamor had taken his stake in Hammerson, through his Richmond Group, to 3.03 per cent.

But after a forecast said inflation could peak at over 18 per cent, Hargreaves Lansdown analyst Susannah Streeter warned more empty outlets could surface in British and European shopping centres.

She said: ‘Already shoppers are struggling amid a whirlwind of price increases and anxiety is rising about their resilience in the months to come.

‘With so many consumers tightening their belts, it’s feared that footfall will drop off again at Hammerson-owned retail sites.’

Meanwhile, Liberum analyst Chris Spearing said Hammerson shares are likely to have been affected by the crisis at Cineworld (down 21.4 per cent, or 0.87p, to 3.2p). 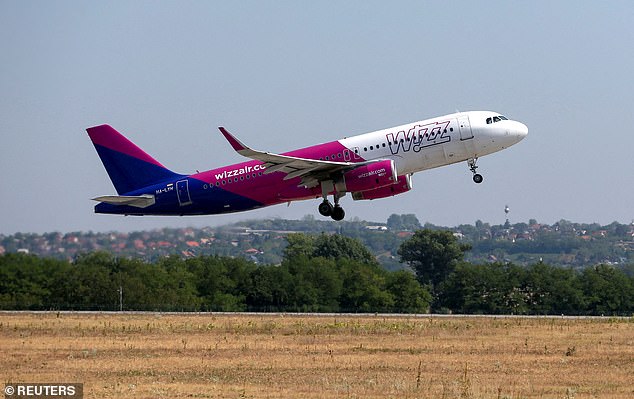 With the world’s second-largest cinema chain mulling over whether to file for bankruptcy in the US, he said: ‘Shopping centres have come under pressure due to consumer slowdown. One of the major concerns will be with trading among cinema and retail operators.’

Shares in Marechale Capital rose on the back of strong full-year results. The corporate finance house, which helps small leisure and retail companies raise money to grow, said it ‘remains optimistic’ that it will continue to bring in more cash and investment over the short and longer term. 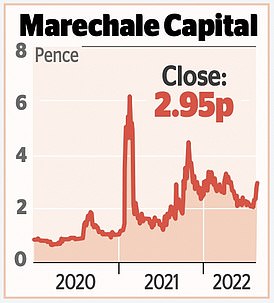 The latest City forecast warned inflation could hit 18.6 per cent, raising the stakes for what central bankers and finance ministers decide at The Jackson Hole summit this week in Wyoming. With oil prices hovering around $100 a barrel, BP edged up 0.3 per cent, or 1.2p, to 449p while Shell slid 0.2 per cent, or 4.5p, to 2244p.

Furniture maker Made.com shares fell 10.2 per cent, or 1p, to 8.8p after one of its non-executive directors stepped down with immediate effect. Gwyn Burr, who joined the company in May last year and was chairman of the remuneration committee, said she wanted to focus on her other professional commitments.

There was also a board change at Wizz Air where its chief financial officer stepped down ‘to pursue opportunities outside of the company’. Jourik Hooghe, who will stay on as part of a transition period until the end of December, will be replaced by Ian Malin.

The online estate agent must return to market share growth, change its chairman and preserve cash if it wants to regain investor confidence, according to David Reynolds, analyst at wealth manager Davy. Gambling stocks fell with online betting group 888 down 6.8 per cent, or 10.1p, to 139.1p, Ladbrokes and Coral owner Entain slid 2.2 per cent, or 29.5p, to 1289.5p and Paddy Power and Betfair owner Flutter dropped 1.4 per cent, or 150p, to 10,685p.