Shares in Segro plunged to their lowest levels for six months after a downgrade from analysts.

It followed a similar move by analysts at the Royal Bank of Canada, who cut the FTSE 100 warehouse giant’s target price last week to 1250p from 1325p. 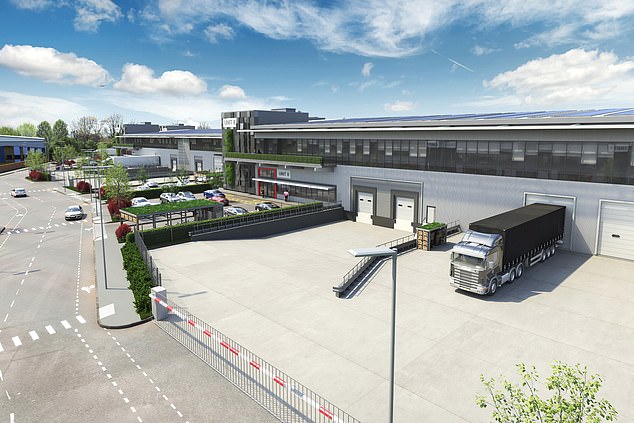 Falling demand: Sergo – one of the UK’s largest commercial property groups – sank 10.62% after Kepler Cheuvreux lowered its rating on the stock from ‘hold’ to ‘reduce’

The twin downgrades marked a change of fortune for the company, whose profits surged during the pandemic as a boom in online shopping drove up demand for its warehouses.

Warehouse owners such as Segro emerged as pandemic lockdown winners as retailers scrambled for extra storage space to cope with the rising numbers of online delivery orders.

The Reserve Bank of Australia raised rates for the first time in over a decade, by a surprisingly large 0.25 percentage points to 0.35 per cent, and flagged that more was to come.

The Federal Reserve is widely expected to hike rates in the US today, while the Bank of England is likely to act tomorrow. 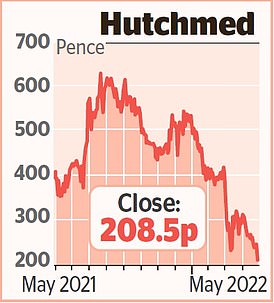 Chinese biopharma company Hutchmed tumbled after US regulators failed to sign off its latest cancer drug.

The London-listed firm said its trials of surufatinib, which treats pancreatic tumours, did not satisfy the Food and Drug Administration, which wants to see a broader multi-regional clinical trial before it will give the green light.

The rate increases come amid fears of a devastating bout of stagflation around the world as economies slow as prices rise.

Fitch cut China’s GDP growth forecast for 2022 to 4.3 per cent from 4.8 per cent, saying pandemic-related disruptions had an impact in the first two quarters of the year, fuelling fears over the health of the global economy.

Mining stocks were in the red as worries about the global economy hit commodity prices.

Glencore saw its ‘overweight’ rating maintained by Barclays, which said it expected to see ‘significant shareholder returns looming in August’.

The bank added: ‘Marketing is firing on all cylinders, which should dispel concerns related to trading losses from recent commodity price volatility.’

Meanwhile, Antofagasta was down 1.8pc and Endeavour Mining slid 1.1pc.

The blue-chip index’s biggest riser was BAE Systems. Ahead of its trading update tomorrow, the firm rose 3.6 per cent, or 26.6p, to 766.6p, taking gains for the year to around 40 per cent.

The company has risen sharply since Russia’s invasion of Ukraine as the war puts pressure on governments to increase defence spending.

BP was up by 5.8 per cent after the oil giant raked in its highest quarterly profits for more than a decade.

But the company has come under mounting pressure after bumper profits renewed calls for a windfall tax to be imposed.

Cyber security group Avast fell 5.7 per cent, or 32.4p, to 531.6p after it said it expected growth to slow and profits to be hit as a result of a ‘challenging global backdrop’.

In the second-tier, online auction platform Auction Technology shot up by 8 per cent following a broker upgrade.

JP Morgan raised its ratings to ‘overweight’ from ‘neutral’ and hiked the price target to 1150p from 1041p.