The slide compounded its lacklustre start to life on the stock exchange despite being the largest listing in London since Glencore in 2011. 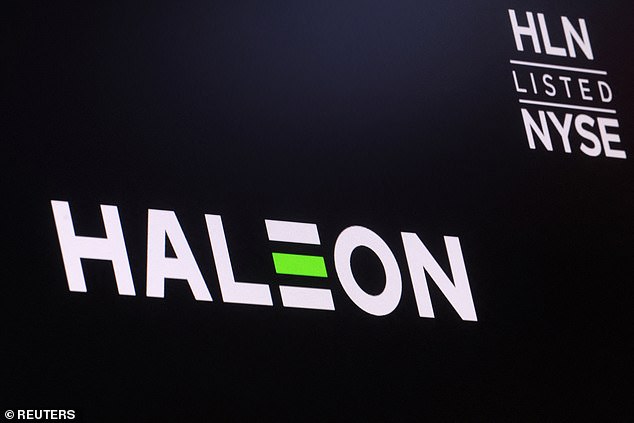 Shaky start: Consumer goods giant Haleon fell 3.9%, meaning it is now worth over 20% less than when it made its debut at 330p last month

Investors continue to fret it will get caught up in a lawsuit involving Zantac that also threatens to engulf GlaxoSmithKline (GSK), the parent company Haleon was spun out of in July.

A once-popular drug in the US and the UK, Zantac was pulled from shelves in 2019 amid fears it contained a chemical that caused cancer.

GSK claimed victory after saying the first legal action involving Zantac had asked for the case to be dismissed less than a week before a trial was due to begin.

But the dismissal has done little to assuage investors, as there are around 3,000 lawsuits connected to Zantac working their way through US courts, meaning Haleon and GSK could still end up on the hook for damages.

If held liable in any case, GSK has said it has served Haleon with notice that it may try to recover payments from the company. GSK fell 0.7 per cent, or 9.6p, at 1415.4p. 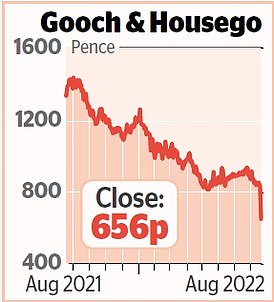 The maker of parts for satellites, medical devices and the manufacturing sector, said its ability to expand was being negated by competitive labour markets in the UK and the US and shortages of electric parts from Asia.

It expects profit for the year to be £3.5million lower than previously forecast.

Traders also began to price in the possibility that the Bank of England will raise interest rates sharply again next month to try to keep a lid on soaring prices.

‘The inflation reading will only add to conviction that the Bank will hike rates a further 50 basis points, providing consumers with a double whammy of rising food and energy bills as well as higher mortgage costs,’ said AJ Bell analyst Danni Hewson.

The surge in inflation also triggered a rise in the value of the pound which weighed on the blue-chip stocks that make their money abroad, as stronger sterling hits the value of their earnings.

One blue-chip firm on the rise was tobacco group BAT, which climbed 1 per cent, or 34p, to 3440.5p after analysts at Jefferies upped their target price for the stock to 4500p from 4300p.

Banks were a mixed bag in the wake of the inflation data as hopes that higher interest rates will boost profits conflicted with fears a recession would hit business.

Infrastructure firm Balfour Beatty surged 10.5 per cent, or 30.4p, to 319.6p after its UK construction arm reported a profit of £18million in the first half of the year, swinging from a £23million loss in 2021, and boosting profits for the whole group to £86million from £55million.

Elsewhere, stock trading platform Plus500 unveiled plans for a £50million share buyback after pre-tax profits for the first six months of 2022 rose to £259million from £156million in the same period last year.