The No More Drama hitmaker revealed the meaning of the title, saying: ‘It’s a positive affirmation I had to speak over myself when I was in a really dark situation.’ 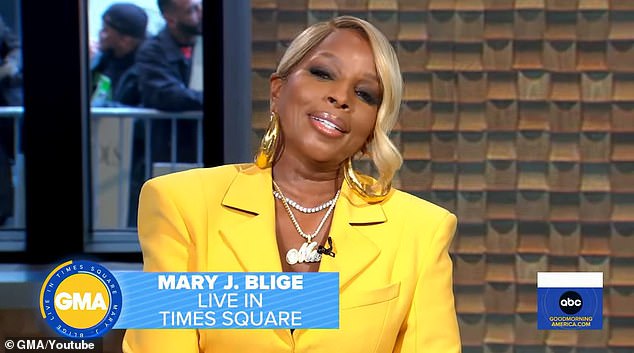 Stunner: The singer, 51, was also spotted arriving at ABC’s The View in New York City on Friday, and looked stunning in a two-piece yellow suit and a fur coat

She went on to add, ‘I had to learn how to love myself out of a negative place. I learned that positive words – just speak positive words over yourself – you manifest positive things in your life.’

‘And I started to do it, and it started to work. And before you know it I was all the way out of that negative situation, and Good Morning Gorgeous is here,’ she said.

The singer looked stunning in a two-piece yellow suit, which she accessorized with large gold hoops and a bold necklace with the letter M.

She was also seen sporting a similar glamorous look while arriving at ABC’s The View in New York City on Friday, sporting a warm fur coat on top. 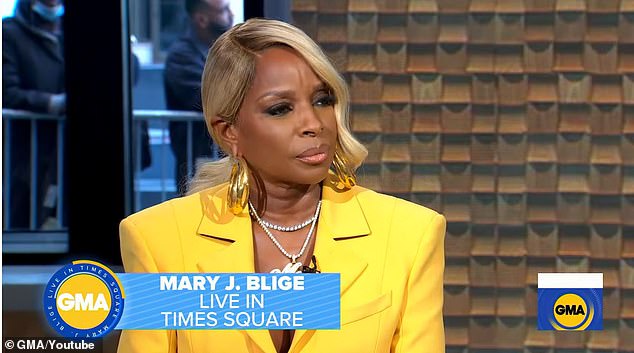 Meaning: The star revealed the meaning of the album’s title, saying: ‘It’s a positive affirmation I had to speak over myself when I was in a really dark situation’ 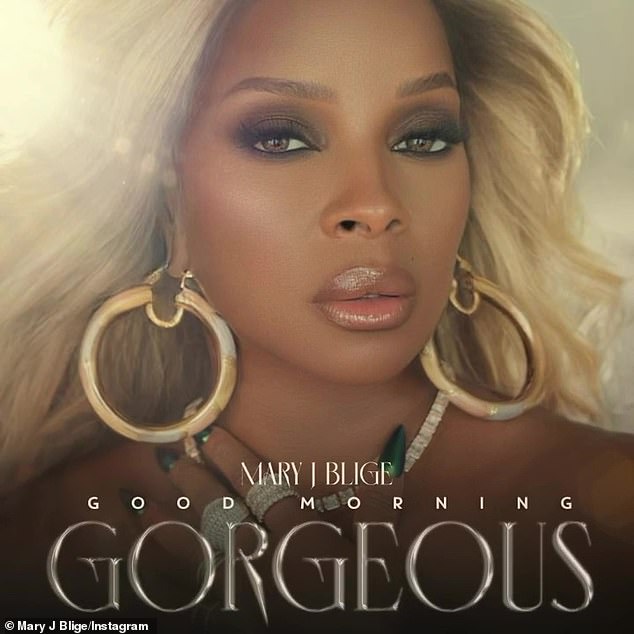 The songwriter and actress also revealed that she’s already working on album number 15 and collaborating with rapper and record producer Dr. Dre, 57.

Dr. Dre also chose Family Affair and No More Drama as two songs from Mary’s catalog that he wanted featured during the halftime show.

‘When he told me what he chose I was like “Absolutely” because I mean I would have chosen No More Drama because of the climate, you know, just where we are in the world and how everybody’s feeling, you know, with COVID and masks and all that,’ she said. 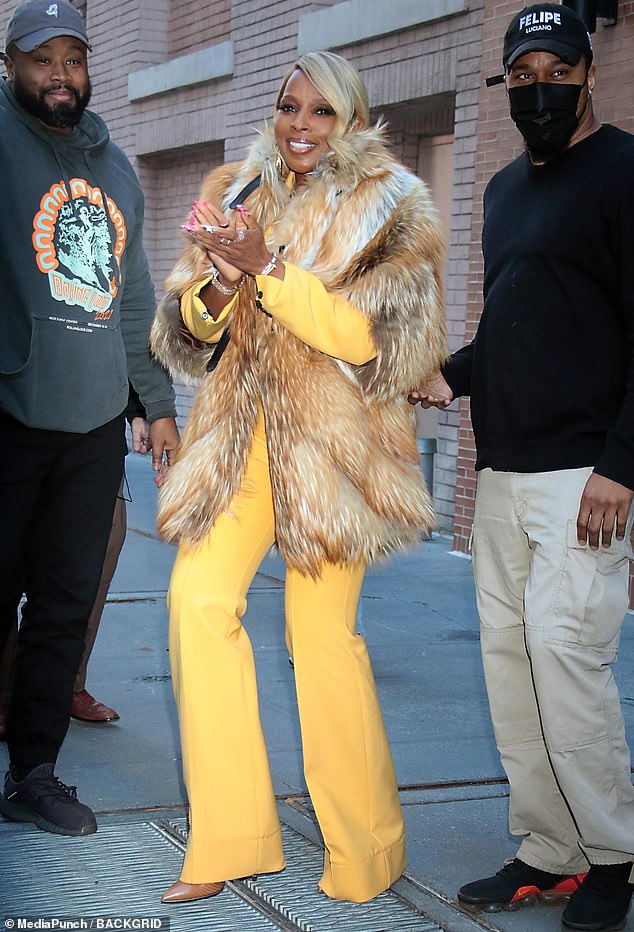 Glamorous: Mary accessorized with large gold hoops and a bevy of sparkling jewels to complete her outfit 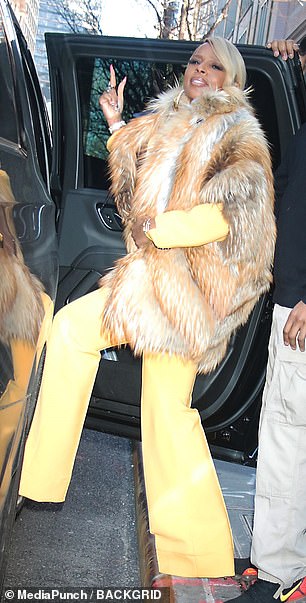 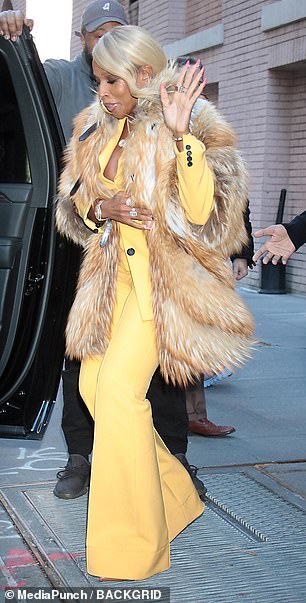 Stylish: The No More Drama hitmaker sported stunning blonde her for the interview

Elsewhere in the conversation she touched on the spectacular performance – which aside from her and Dre also featured Eminem, Kendrick Lamar, Snoop Dogg, 50 Cent and Anderson Paak.

‘It was so much fun. Professional – because we had to get the job done, we had to rehearse – but it was just unreal, it was too much fun,’ she said. 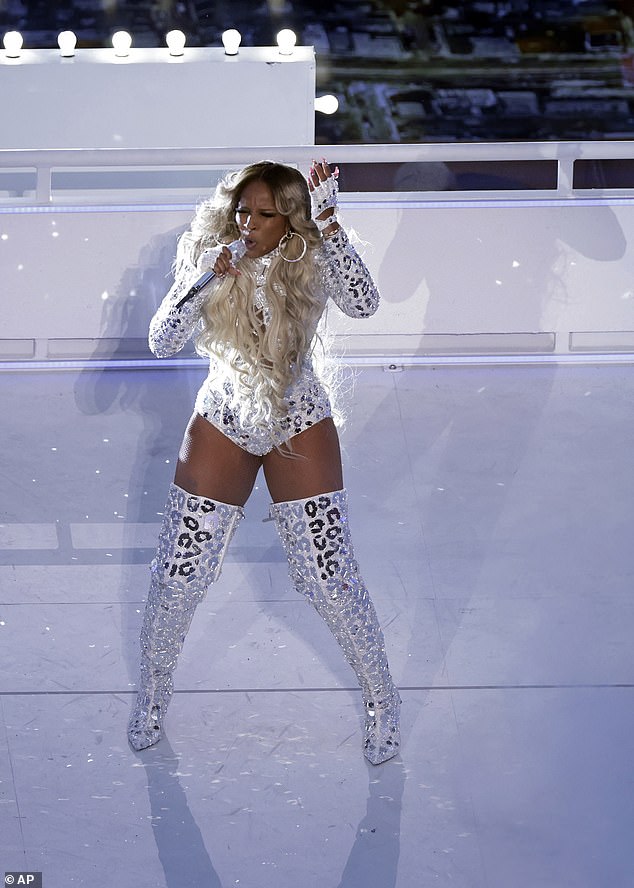 Commanding the stage: Blige also touched on her spectacular Super Bowl halftime show performance last week, saying ‘It was so much fun’

Kirstie Alley's best moments: Watch the tragic star in some of her most iconic roles

Strep A: Parents who children have battled the deadly infection warn of THESE signs to look out for