Max George, 34, gushes over girlfriend Maisie Smith, 21, as he shares grab from their video call


‘How can someone be THAT pretty?’ Max George, 34, gushes over girlfriend Maisie Smith, 21, as he shares grab from their video call

Max George gushed over his girlfriend Maisie Smith as he took to Instagram on Saturday to share a grab from their video call.

The Wanted singer, 34, sported a cheeky grin as he chatted away to the fresh-faced former EastEnders star, 21, over FaceTime as she tucked up in bed.

‘How can someone be THAT pretty? [heart-eyed emoji]’ he wrote alongside the screenshot, with the actress adding, ‘Stop it [smiling face],’ as she re-posted it. 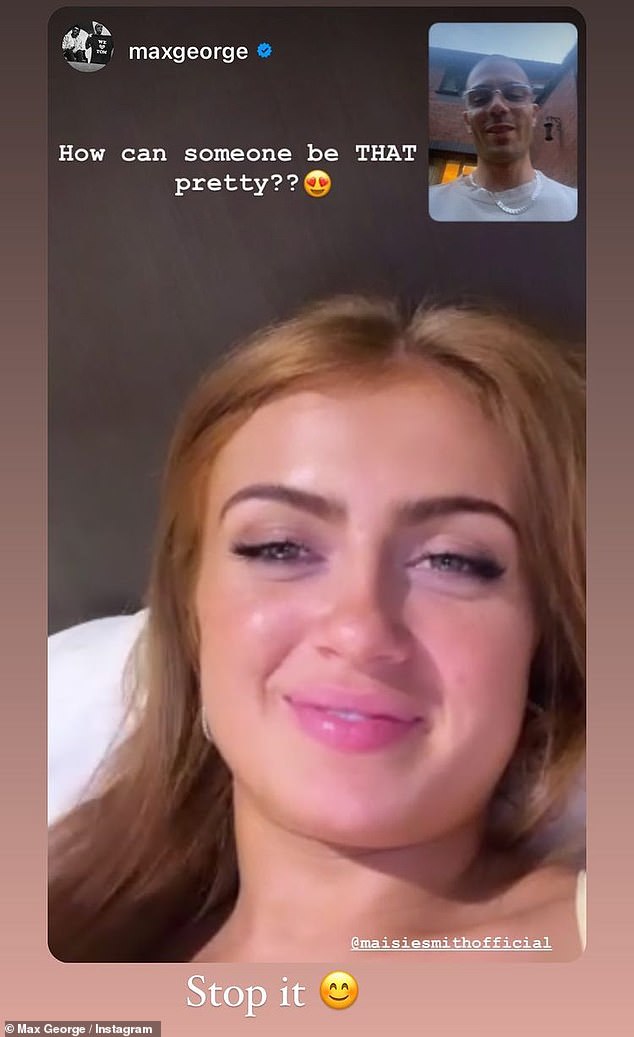 ‘How can someone be THAT pretty?’ Max George gushed over his girlfriend Maisie Smith as he took to Instagram on Saturday to share a grab from their video call

In recent days, Maisie has been taking to Instagram to share a slew of loved-up snaps with Max.

On Thursday, the former soap star shared a loved-up selfie with The Wanted singer while posing in the camera screen of a self-checkout in a supermarket.

It comes after Maisie shared another steamy snap of the couple sharing a kiss on her Instagram grid. 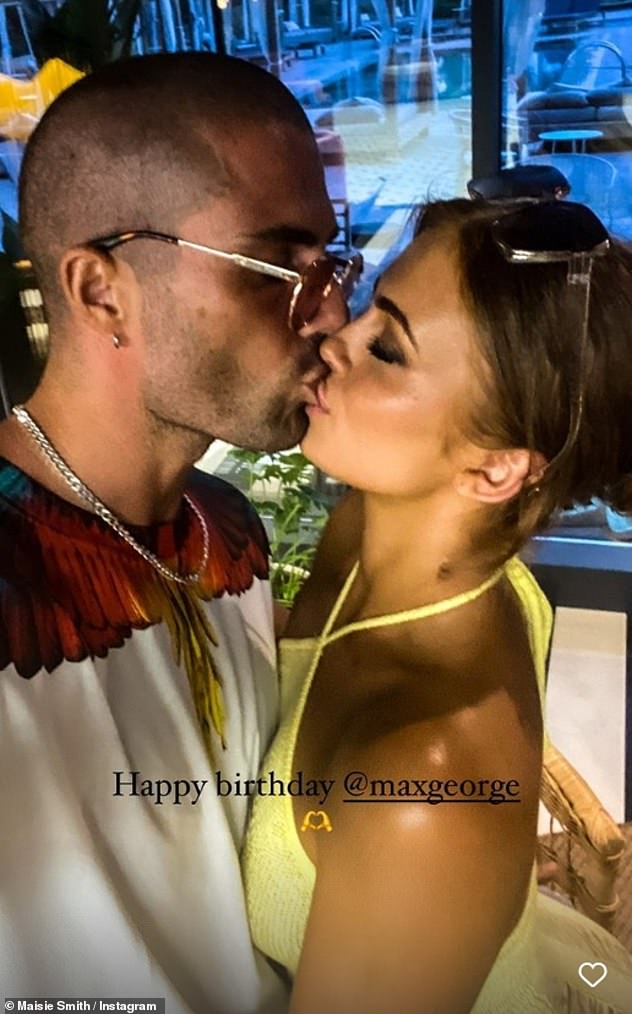 Insta official: It comes after the actress shared a loved-up post dedicated to her beau on Tuesday to celebrate his birthday

Maisie showcased her toned midriff in a cropped black Nike top and tracksuit bottoms as she locked lips with her beau.

The actress could be seen holding her phone over her face for the snap while the Glad You Came hitmaker leaned around her for a kiss.

Max and Maisie’s romance was revealed last month when they were seen kissing on a flight to Crete – and they are already believed to have moved in together.

A source told The Sun at the time: ‘They were all over each other. This isn’t a flash in the pan. Max has told people that he is falling in love with Maisie.’

A passenger said: ‘They looked like a very loved-up couple – they were all over each other for the entire four-hour flight. Snogging and giggling like any new couple.’

The pair are said to have grown close once again on the recent Strictly live tour, after starring on the show together in 2020.

Max was previously in a long-term romance with Stacey Giggs. 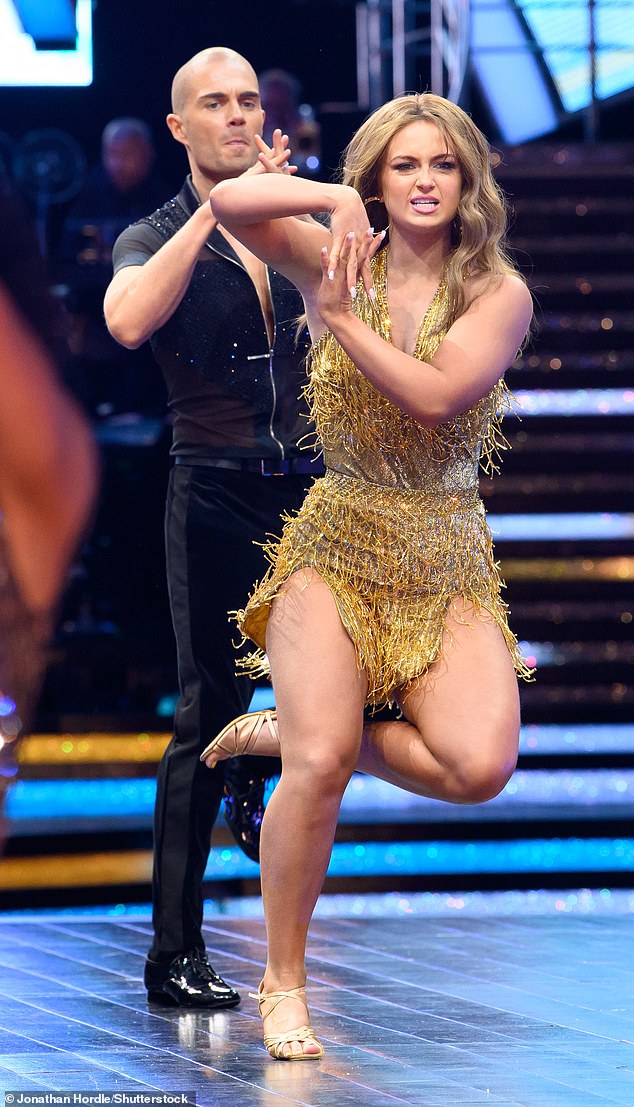 Boogie: The couple reportedly first grew close while on the Strictly tour (pictured dancing together in Birmingham)