She is promoting her second studio album Moss.

And Maya Hawke displayed her edgy fashion sense as she performed at the SiriusXM Hollywood Studio on Tuesday.

The singer, 24, rocked a striped, nautical themed dress and Prada black boots as she performed alongside her guitarists. 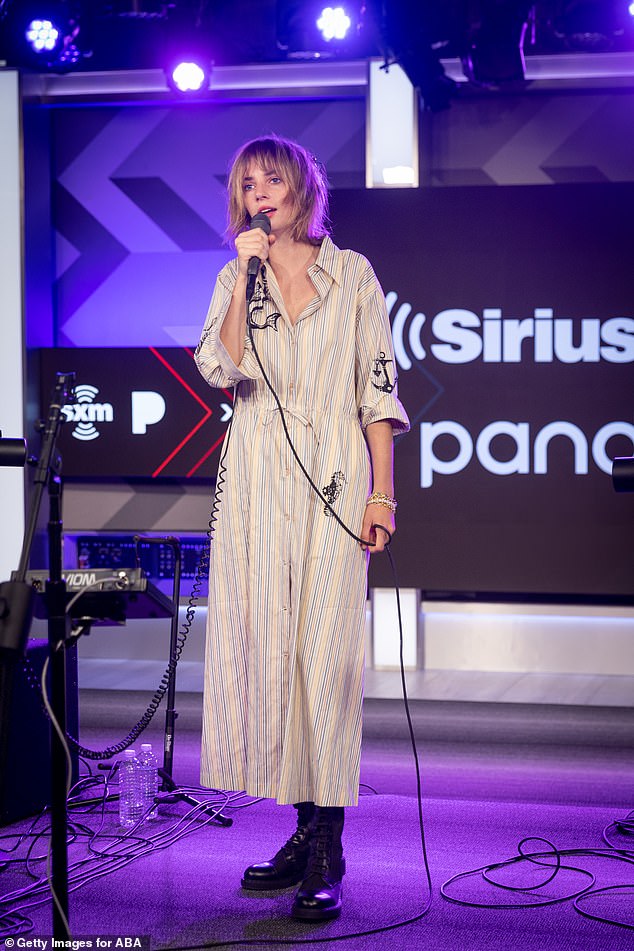 Songbird style! Maya Hawke displayed her edgy fashion sense as she performed at the SiriusXM Hollywood Studio on Tuesday

Maya’s frock buttoned down the front and tied at the waist. It was adorned with an array of sea designs, including an anchor and sea horse.

She wore her short hair down and styled into textured pieces that framed her stunning complexion.

As far as accessories, she decked out her look with gold and stone bracelets.

Maya lit up as she took the stage, putting on a heartfelt performance that commanded attention.

Sing it! The actress-singer, who is the daughter of Uma Thurman and Ethan Hawke, just released her second studio album Moss last week 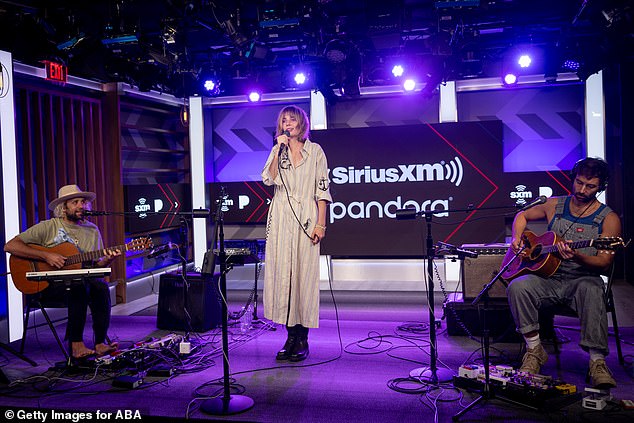 She’s got back-up! Hawke was joined by her two guitarists

She looked like a pro as she performed in the center of the venue alongside her accompanying guitarists.

As she beamed with joy, it’s clear Maya was feeling right at home.

Maya, who is the daughter of Uma Thurman and Ethan Hawke, released Moss on September 23. 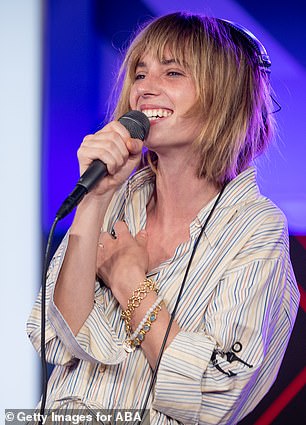 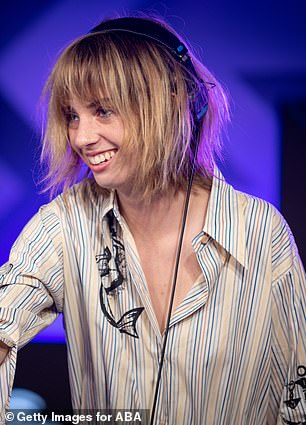 It’s her passion! As she beamed with joy, it’s clear Maya was feeling right at home 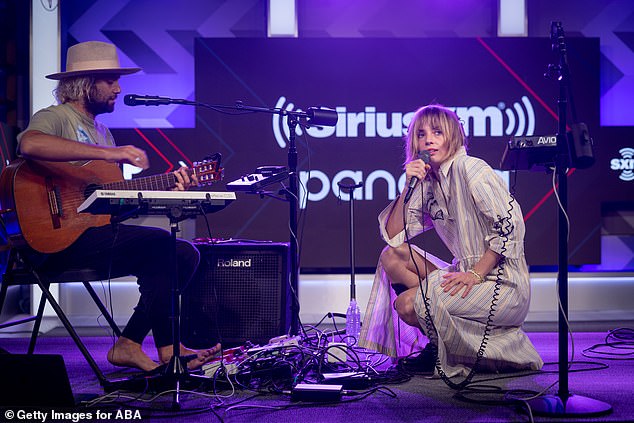 As part of her cover story for As If Magazine, the Little Women actress opened up about the inspiration behind her second album which has an overall theme of ‘inner light.’

‘Interestingly, I wasn’t conscious about the theme until I finished it. I have lines about swallowing the moon and glowing in the dark – I’m trying to express the importance of the light inside of you. So, when I saw the art that was planned for the shoot, I knew I had to do this because it felt interconnected,’ she explained.

Though she’s made a name for herself in the acting world for her role as Robin Buckley on Netflix’s hit sci-fi series Stranger Things, music has always been an important part of Maya’s life.

She told As If that her father Ethan is a ‘wonderful musician and lover of music’ and he was the one who fostered her music knowledge.

Maya’s first album, Blush, was released in August 2020 in the midst of the coronavirus pandemic. 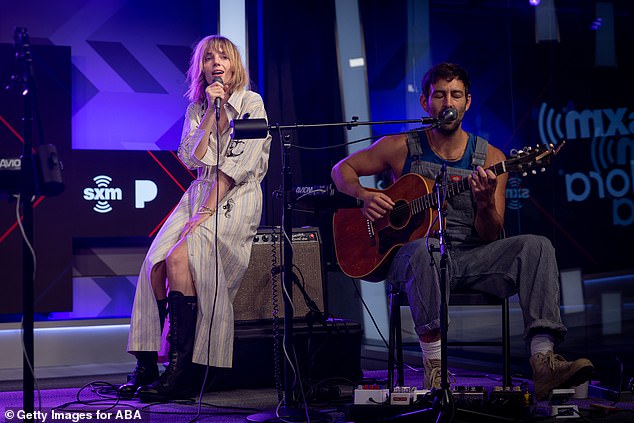 Teamwork! Maya appeared to be sitting on a stereo as she jammed out alongside her guitarist