Cover model Maye Musk, 74, is the picture of sophistication as she attends the Sports Illustrated Swimsuit Issue launch party in Florida

The 74-year-old supermodel hit the red carpet, looking as classy as ever in an angelic white silk dress, and a pair of matching strappy heels.

She expertly layered a cozy pastel coat over the top, which was encrusted in sequins that gleamed under the lights. 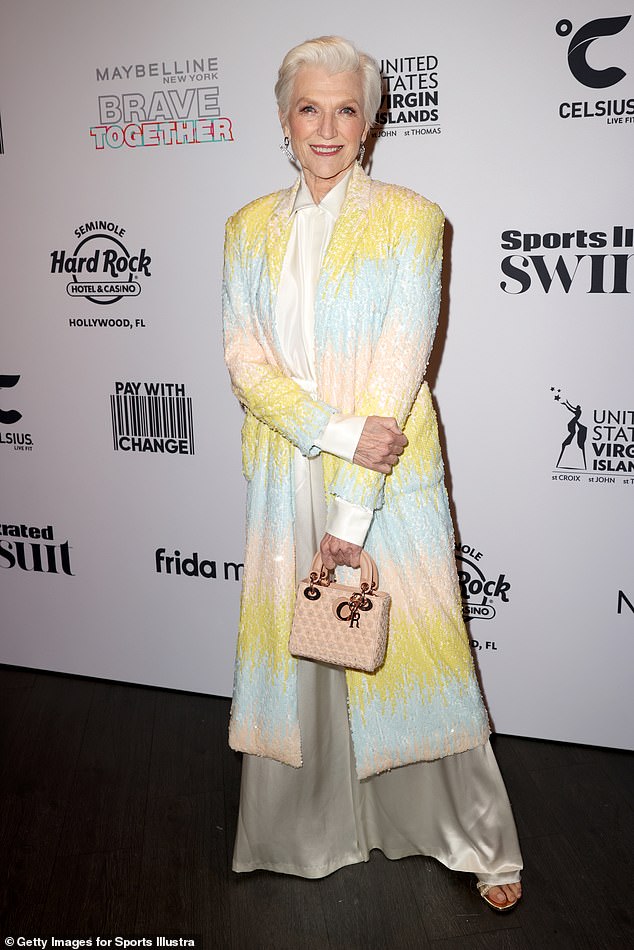 Her gorgeous white tresses were styled in a chic coif and she accessorized with a pair of diamond earrings to add a touch of sparkle to her look.

She opted for a slick of pink lipstick and minimal makeup to accentuate her ageless beauty as she posed on the red carpet, toting her essentials in a pink handbag.

Maye is one of this year’s cover girls, alongside the likes of Kim Kardashian and stunning plus-sized model Yumi Nu, which makes her the oldest Sports Illustrated cover model to date.

Maye spoke about being asked to appear on the cover of Sports Illustrated during an interview with People, where she noted that she did not believe that the magazine’s executives were serious about their offer at first. 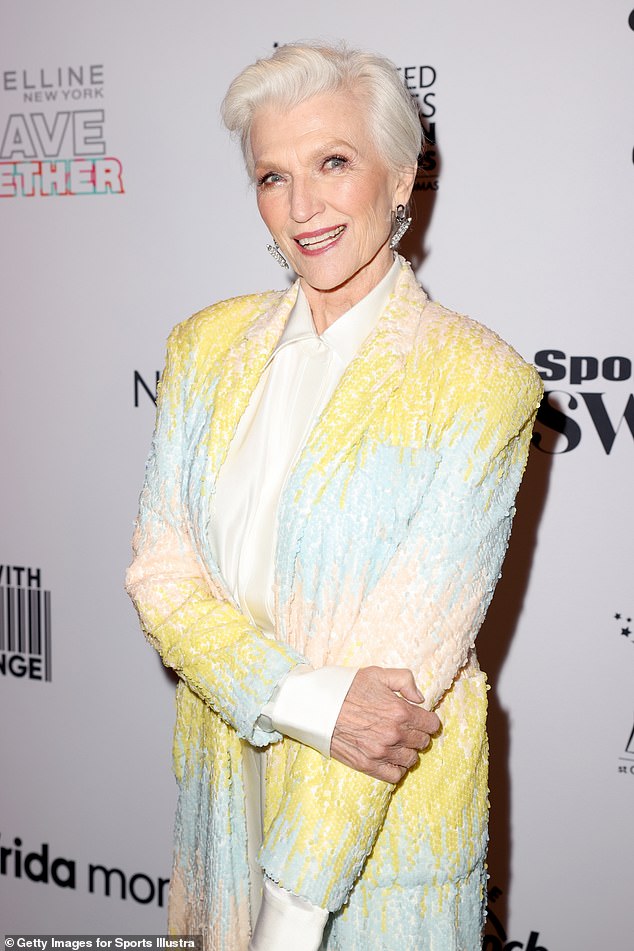 Elegant: The 74-year-old supermodel hit the red carpet, looking as classy as ever in an angelic white silk dress, and a pair of matching strappy heels

‘My first reaction was, I could never dream up something like that because why would anyone have a 74-year-old on their cover, especially in a swimsuit,’ she said.

She then noted that she took on the assignment in an effort to normalize modeling for women of older ages.

‘I do think it’s going to make women feel more comfortable in their seventies when they swim, as well as women in their twenties and thirties,’ she stated.

Maye made a point of remarking that everyone that was involved with the photoshoot was very professional and supportive.

‘Everybody was polite, kind, considerate, caring, so I felt very comfortable in my swimsuit…once you’ve done your first shot, you’re fine with all the others,’ she recalled.

The model then shared a bit of advice regarding confidence with the media outlet.

‘I went through different stages of my life where I was rejected, insulted, disappointed and it just takes away your confidence. Then you just have to get over it,’ she stated.

Maye concluded by expressing that she had reached a point in her life where she felt as if she was treated with a certain level of respect from the public.

‘I’m the happiest I’ve ever been, and I don’t care, and nobody’s insulting me because — you don’t want to insult a grandmother. The point is, people are really good to me at this stage,’ she stated. 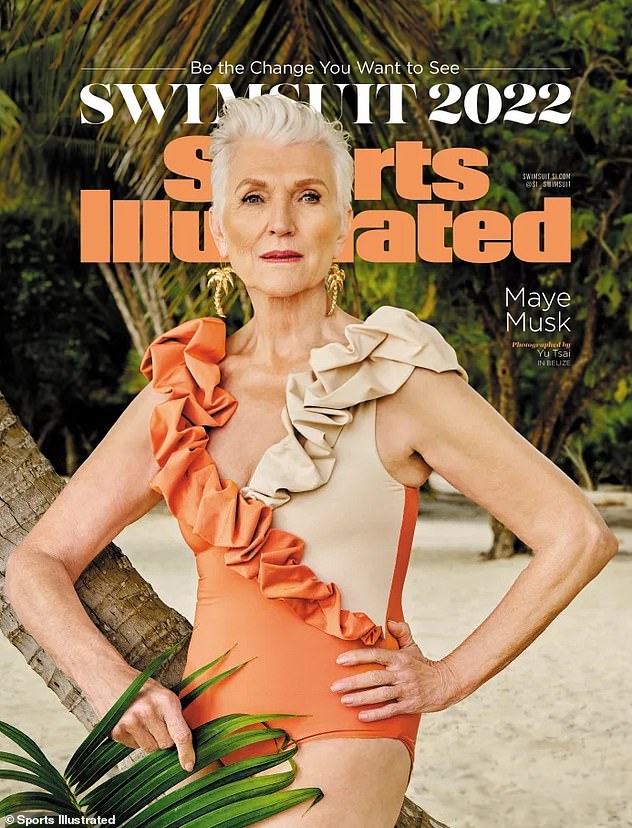 Respected: The fashion industry personality noted that she was ‘the happiest I’ve ever been…and nobody’s insulting me’