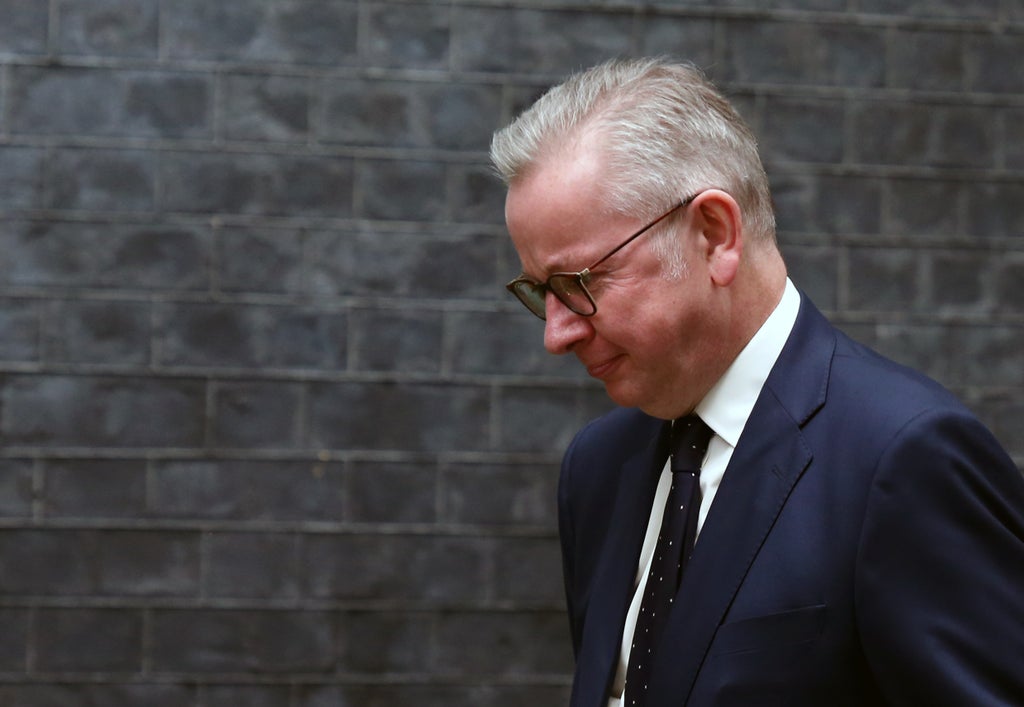 A Cabinet minister has insisted Michael Gove is not racist or homophobic “in any way” after The Independent exposed his past crude sexual comments and jokes about paedophilia.

Ben Wallace also insisted Mr Gove would be happy to answer questions about the controversy – although the man handed a key new role in Boris Johnson’s reshuffle has refused to comment so far.

The Independent revealed how, in apparent attempts at humour, Mr Gove referred to people living in former British colonies as “fuzzy-wuzzies”, accused the late former Tory minister Leon Brittan of being a paedophile, and made a string of sexual jokes at the expense of Conservative minister Lucy Frazer.

The new housing secretary also described Margaret Thatcher’s policies as a “new empire” where “the happy south stamps over the cruel, dirty, toothless face of the northerner”, and said that gay people “thrive primarily upon short-term relations”.

The comments – which prompted cheers, stunned laughter, and shouts of “shame” – were made at the Cambridge Union in 1993 and 1987, recordings showed.

On Sky News, Mr Wallace, the defence secretary, was asked why Mr Gove has failed to respond to criticism of the comments, in the three days since the revelations.

“Michael Gove has been quoted as using racist language, specifically the term “fuzzy wuzzies”, and homophobic language in a speech that he made, admittedly, some years ago in the Cambridge Union,” the presenter Niall Paterson said.

“You may well think that this does not affect his ability to remain in the cabinet, but isn’t it about time we heard from Michael Gove something of an apology for the use of that language?”

But Mr Wallace denied his colleague is hiding from questions about the controversy, insisting he had never been “shy of appearing on media rounds”.

“He is very, very good, formidable performer and I’m sure you can put those questions to him,” the defence secretary said.

“But fundamentally I know Michael. He’s not a racist, he’s not homophobic in any way at all. He is in fact a great reforming minister in this government.”

Mr Gove’s new job will stretch much further than the crucial responsibility for housing and Tory rows over looser planning laws.

He has also been handed a cross-governmental brief to turn the prime minister’s “levelling up” agenda into reality and for shoring up the Union.

Mr Wallace was also asked about the motives for the reshuffle, insisting Cabinet ministers had not been sacked because of their incompetence – saying such a characterisation of the axed Gavin Williamson was “unfair”.

He told BBC Breakfast: “He has removed people from government not because they’re incompetent, not because they weren’t loyal enough et cetera – which are often the narratives you see – but often he has to refresh his team and move people out the way.”

Meghan Markle left red-faced as US policy plea exposed 'It's already gone through!'