Michelle Pfeiffer, 64, shows off her very toned arms in a tank top

Michelle Pfeiffer, 64, shows off her very toned arms in a tank top during mirror selfie as she says the snap took only a ‘NY minute’

Michelle Pfeiffer looked youthful as she shared a selfie titled ‘A NY Minute,’ showing off her fit arms and slim figure with her 2.4 million Instagram followers on Thursday.

The actress, 64, looked as if she had been physically training hard to prepare for her character role in the 2023 Ant-man film.

The icon showed her flawless complexion as she posed in front of a gold-leafed mirror without a stitch of makeup on her smooth skin. 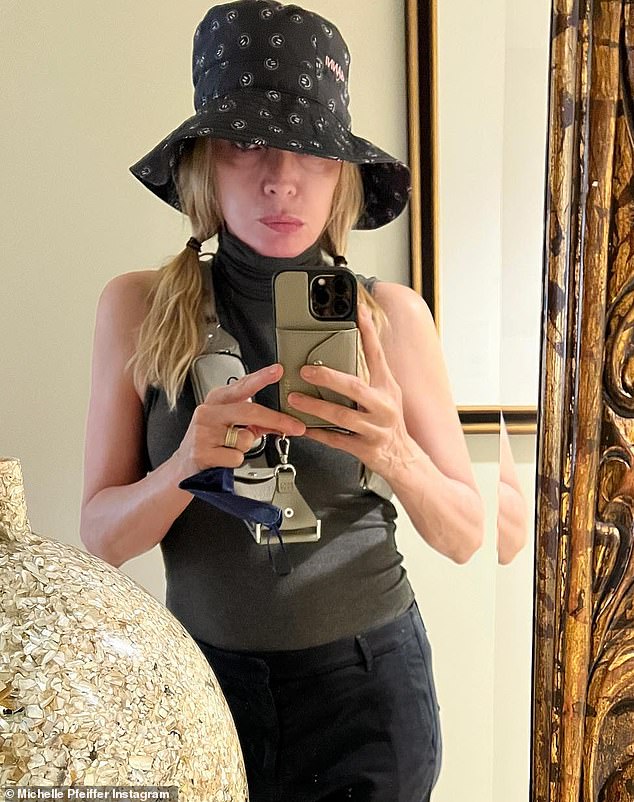 Picture perfect: Michelle Pfeiffer looked terrific as she shared a selfie titled ‘A NY Minute’ with her 2.4 million Instagram followers on Thursday

The beautiful actress wore a halter-style turtle neck under a black sun hat with matching pants as she appeared to be headed out on the town.

The star pulled her hair into pigtails and posed for the camera with her best pouty face.

Recognized as one of the most prolific actresses of the 1980s and 1990s, the icon has received numerous accolades, including a Golden Globe Award, a British Academy Film Award, three Academy Award nominations, and a Primetime Emmy Award. 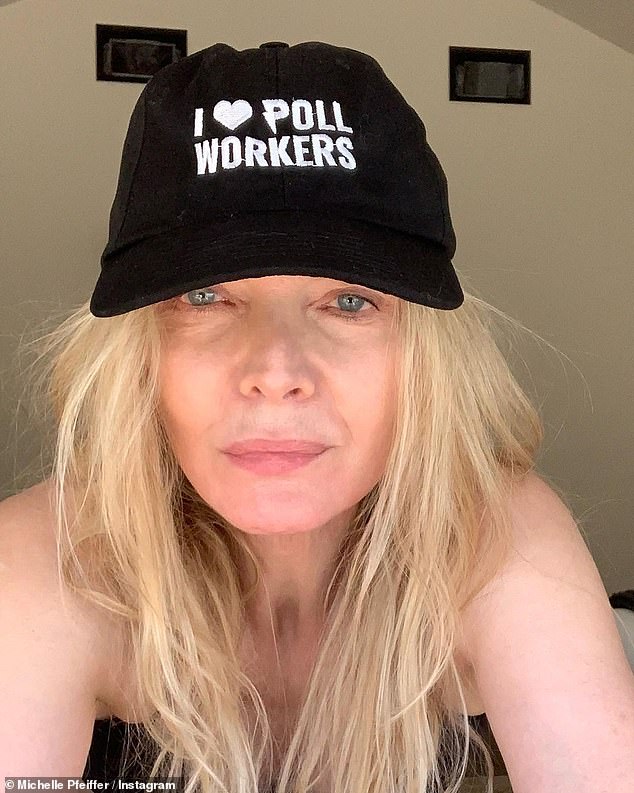 On a mission: In another fun selfie posted three weeks ago, the icon took to social media to bring awareness to the poll worker shortage

In October 2020, she won the Canadian Screen Award for best actress in a leading role for her performance in the dark comedy French Exit.

Pfeiffer starred as Betty Ford in the anthology drama series The First Lady, which premiered on Showtime in April 2022.

In May it was announced that Pfeiffer had been cast in the lead for the upcoming Wild Four O’Clocks, penned and directed by Peter Craig, and produced by Marc Platt and Adam Siegel. 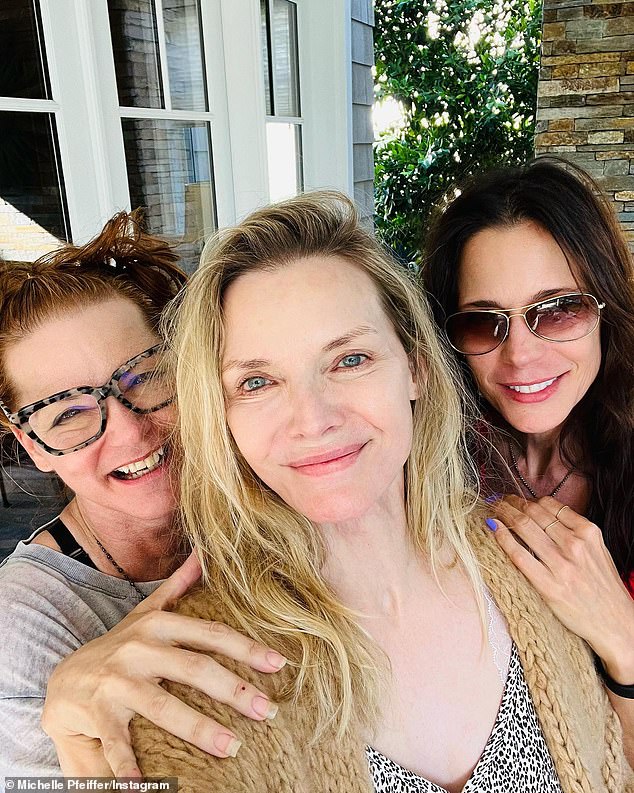 Family time! Michelle Pfeiffer put her makeup free complexion on display as she celebrated the 4th of July with her sisters Deedee and Lori

The Scarface actress took a break from Hollywood for around five years for privacy in her family life and was taken aback by claims she had retired from acting when she was trying to raise children.

She commented, ‘I would start to hear that I had retired, and I’d be like, “Wait, no.”‘

With many projects in the works, the busy mother-of-two is scheduled to star alongside Annette Bening in the psychological thriller, Turn of Mind, set to be directed by Gideon Raff, and has also been cast in Francis Ford Coppola’s Megalopolis.

Pfeiffer is set to reprise her role as Janet Van Dyne in Ant-Man and the Wasp: Quantumania (2023), alongside Paul Rudd, Evangeline Lilly, Michael Douglas, Jonathan Majors, and Bill Murray. 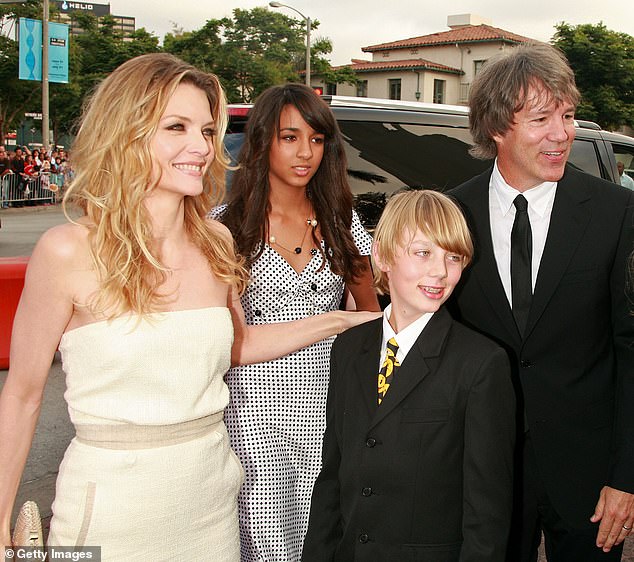 Family first: The Scarface actress took a break from Hollywood for around five years for privacy while raising children Claudia, 29 and John, 28 with husband David Kelley