‘Let them eat cake’ has an unfortunate resonance in today’s cost-of-living crisis, but Britain’s largest packaged cake maker Finsbury Foods is hoping the nation won’t give up on its sweet tooth as inflation bites.

If you’ve had Thorntons caramel shortbread, a Mary Berry-branded chocolate sponge or a boozy Gordon’s gin cake, you have been eating the fruit of the company’s labours, probably without even knowing it, as the company produces well-known cake brands under licence and sells them at many British supermarkets.

Finsbury is catering to changing food requirements too, After buying Welsh gluten-free bakery Ultrapharm in 2018, it now provides gluten-free bread, cakes and rolls to supermarkets and coffee shops. 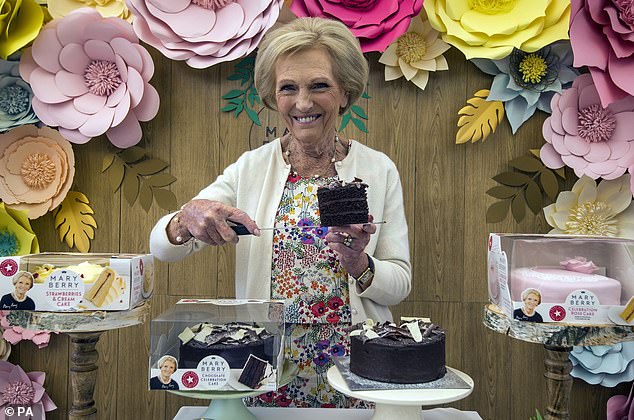 Finsbury produced record full-year results this week, but is already warning that the impact of rising costs will be significant in coming months, while a public with straitened means may be less likely to splash out on a cake with their coffee this winter.

The AIM-listed company did well to keep results in line with expectations, given the current climate. Chief executive John Duffy cited the firm’s increased investment abroad (mainly in France, Belgium and the Netherlands) as well as a strong post-Covid recovery in cake buying as reasons for the 7 per cent increase in UK turnover and 27 per cent rise overseas for the year to the end of June 2022.

The company reckons improved gluten-free recipes have boosted demand. But Duffy also credits Finsbury’s ‘Brilliance’ programme for raising profits. This cost-cutting and efficiency strategy has so far allowed the company to offset inflationary increases by either trimming costs or increasing prices using a new IT system.

‘We were able to mitigate most of the impact of the macro challenges through revised commercial arrangements, operational improvements and other supply chain initiatives,’ Duffy says. ‘We will continue in the same vein in the new financial year, as these pressures are expected to worsen.’

Full-year figures showed profits hit by the cost of aborted transactions and currency movement. Duffy says that while the company is still considering acquisitions, the current market makes this hard. Profits were down if these exceptional items are taken into account, however the company posted a rise of 12 per cent in pre-tax profit with these taken out.

While Finsbury made dough while the sun was shining, investors are rightly worried about what lies ahead, given the rising cost of living and falling consumer confidence. The impact of inflation and cost pressures was £27million in the group’s last financial year, and this pushed down margins significantly. Unsurprisingly Finsbury is forecasting further cost pressures in the months ahead, which will hit the bottom line further. Duffy says the extra costs will be far higher this year.

This explains the lowly rating of the shares, which are down 18 per cent in the past year, and down nearly 28 per cent over five years.

Chairman Peter Baker (yes, really) acknowledged that at present ‘the future is difficult to predict with any certainty as the impact of the inflationary environment is not yet known’. However, he adds that the management ‘remain confident in our strategy’.

He says: ‘Ultimately, we have a strong track record of moving forwards as a business in difficult times. This gives the board confidence the group will continue to make progress and deliver profitable growth.’

Midas verdict: Investors considering Finsbury must decide whether they believe in Baker and Duffy’s strategy and ability to get through hard times. If they do, there is much to be said for cutting a slice of the firm. The shares are trading on an undemanding seven times forward earnings and yielding 3 per cent. At this level, and with sterling weak, they could be a tasty morsel for a private equity firm or overseas rival.

The company has a new credit facility too, which should help it withstand turmoil and perhaps make acquisitions of its own.

Duffy believes that the firm has more savings to squeeze with the Brilliance programme as it rolls out integrated systems across Finsbury’s different brands. They won’t cancel out the impact of inflation, he admits, but they will help.

Those with patience could benefit in the long term. Buy on current weakness.