MIDAS SHARE TIPS: Looking for a flow of profits, then try Halma

When David Barber took the helm at Halma in 1972, it was a shell company, listed on the London Stock Exchange but doing very little. That suited Barber just fine. He had plans for this former tea plantation business, founded in Victorian times in Nahalma, Sri Lanka.

Barber was determined to create a company that would deliver long-term rewards by acquiring private businesses in two sectors, industrial safety and environmental monitoring. He would choose these acquisitions carefully, allow them to operate independently, but offer financial and operational support along the way.

Crucially too, he would ensure the companies generated enough cash so Halma could acquire more firms without constantly looking to banks or shareholders for more capital. 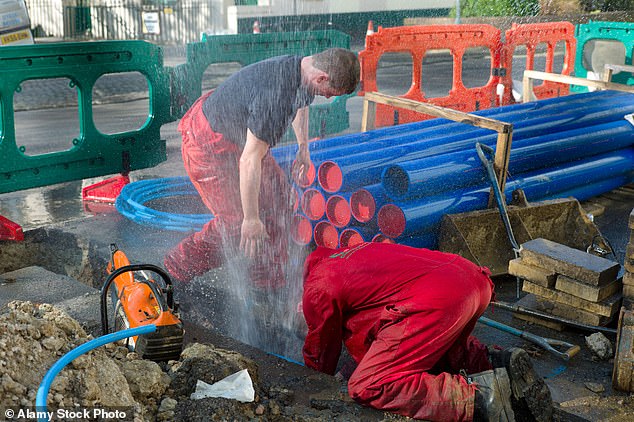 Barber passed away earlier this year, but the approach he laid down 50 years ago holds true to this day, under the steadfast leadership of Andrew Williams.

Williams was just 26 when he joined Halma in 1994. He rose rapidly through the ranks, taking over as chief executive in 2005, when the company was generating sales of just under £300million a year and profits of about £50million.

The company has grown rapidly since then, reporting turnover of more than £1.5billion and profits of £316million in the year to March 2022, the 19th year of record figures. Williams also declared a 7 per cent rise in the dividend to 18.88p, the 43rd consecutive year of above 5 per cent dividend growth.

Despite this progress, Halma shares have fallen almost 30 per cent over the past year to £22.37, amid concerns about the impact on the group of an economic slowdown and supply chain shortages. The decline seems overdone.

Halma still targets acquisitions in the safety and environment sectors, but healthcare has been added to the mix, so the company now sees itself as a specialist in the types of products that make the world safer, cleaner and healthier. The group owns 43 businesses, spread across the UK, continental Europe, America and Asia. Some of these firms have been with Halma for decades, including water leak specialist HWM, which Williams joined back in the 1990s.

At that time, water detection was manual and rudimental. Today, HWM has become a global leader in automated leak detection, operating thousands of sophisticated sensors that send instant signals to water companies to let them know of problems in the pipes.

Firms cannot address every leak, even if they wanted to, at least in part because this would cause complete mayhem on the roads. But HWM’s technology does allow firms to prioritise which pipes to mend and ensures that water pressure is maintained, a must when fires need to be extinguished. Other businesses include Belgian group, BEA, whose technology allows doors to open and close automatically, from shops to car parks to office buildings.

And Halma also owns Swiss group Medicel, which makes special devices that are used to inject new lenses into the eye during cataract surgery.

These companies are very different but, in almost every case, Halma encourages them to expand geographically and provides them with the financial firepower to invest in research and development so they can stay ahead of competitors.

Under Williams’ stewardship, there has been a growing emphasis on collaboration between companies too. Group get-togethers take place every year and the Halma Hub allows managers from different companies to ask questions and share ideas.

Recently, for example, Wolverhampton-based Fortress Safety was struggling to find shop-floor staff. The safety valve and switches specialist decided to offer employees a four-day week and then advertised for workers to come in from Friday to Sunday.

The move was well received by existing and new employees alike and other Halma firms may well follow suit.

Buying the right companies is critical to Halma’s success and the business is eying up about 500 opportunities at any one time, some of which will operate independently and some of which will merge with existing firms in the group.

Only four or five of these potential deals come to fruition each year – well-run companies that are keen to become part of a larger, well-financed group.

Most companies remain part of Halma for years, but Williams sells firms too if they no longer fit into the portfolio, disposing of about one company a year on average.

After nearly 18 years at the top, Williams is staging his own exit, leaving Halma next year. But his successor has already been named, finance director Marc Ronchetti.

The duo have worked together closely since Ronchetti joined the group in 2016 and brokers are confident that he will be a strong and safe pair of hands.

Midas verdict: Economic conditions are troubling, but Halma operates in sectors that are better able than many to navigate through choppy waters. The track record also speaks volumes about Halma’s resilience. Midas first recommended the shares in 2008 at £2.06. They have risen tenfold since then but, at £22.37, they remain a long-term buy.