The OC vet, 36, was spotted dropping off clothing at Crossroads Trading Co. in Studio City.

She had her hands full carrying a tub of gently used apparel towards the secondhand shop. 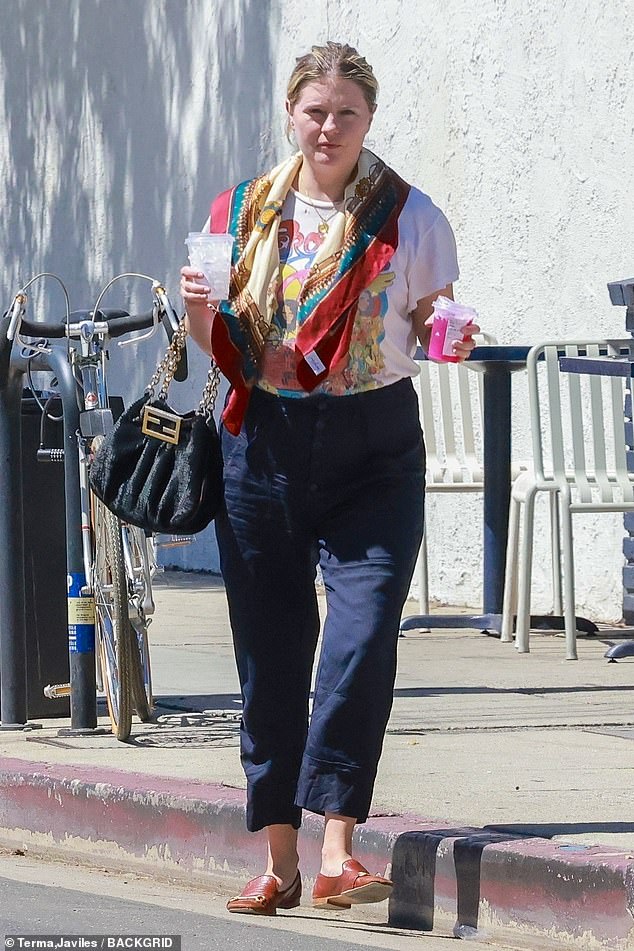 Running errands! Mischa Barton dropped off clothes at a consignment store and treated herself to iced drinks in Studio City on Sunday

Mischa wore a colorful Aerosmith shirt, black slacks, and a scarf looped over her shoulders.

She wore her hair slicked back into a low updo and appeared makeup-free for her laidback weekend outing.

After dropping off her clothing, Mischa treated herself to an ice cold beverage from Starbucks.

The actress carried a delicious, pink-hued beverage and a separate cup full of ice. 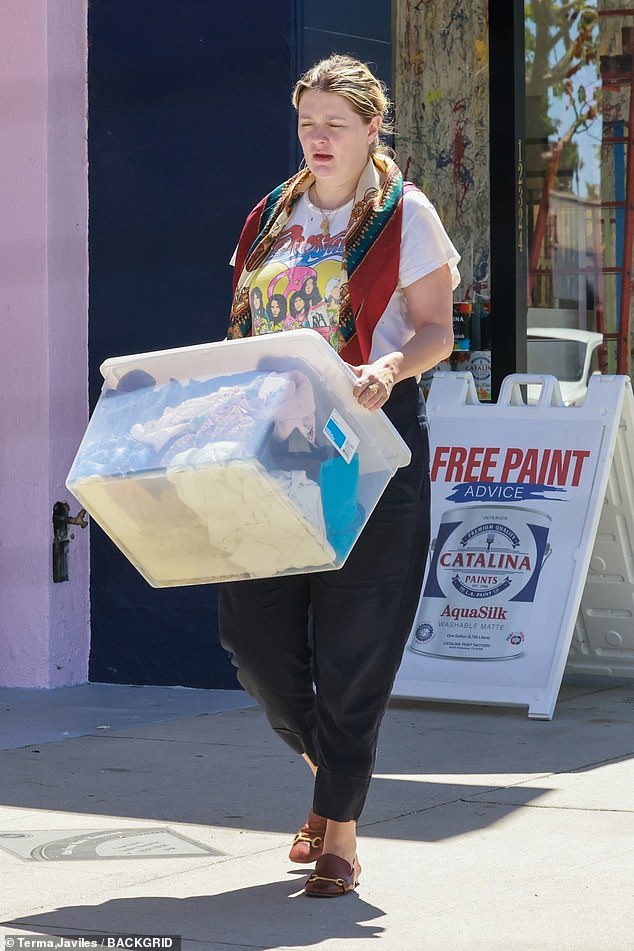 Reduce, reuse, recycle! She had her hands full carrying a tub of gently used apparel towards the consignment store

Mischa first appeared in blockbuster films The Sixth Sense and Notting Hill in 1999.

But she found overnight superstardom as Marissa Cooper on the mid-aughts series The OC.

She returned to the spotlight in recent years by appearing in the first season of The Hills reboot, The Hills: New Beginnings.

Yum! After dropping off her clothing, Mischa treated herself to an ice cold beverage from Starbucks

Many of the other original cast members returned to the new version of the teen drama including Heidi Montag and her husband Spencer Pratt, Whitney Port and Brody Jenner.

Mischa explained before the first season premiered how she had rejoined the show in a hope to control her own narrative.

‘I think there has always been a lot of mystery around me. It’s fun to allow people to actually see me!,’ she told Glamour.

‘There really was a time when I couldn’t do anything or get away with anything or even leave the house without having to really think it through,’ she added.

Share
Facebook
Twitter
Pinterest
WhatsApp
Previous articleRyan Seacrest, 47, jet skis and takes selfies with girlfriend Aubrey Paige, 24, on a yacht in Ibiza
Next articleAdele reveals she would love to have children with beau Rich Paul after dating the music producer for a year
RELATED ARTICLES
Tv & Show