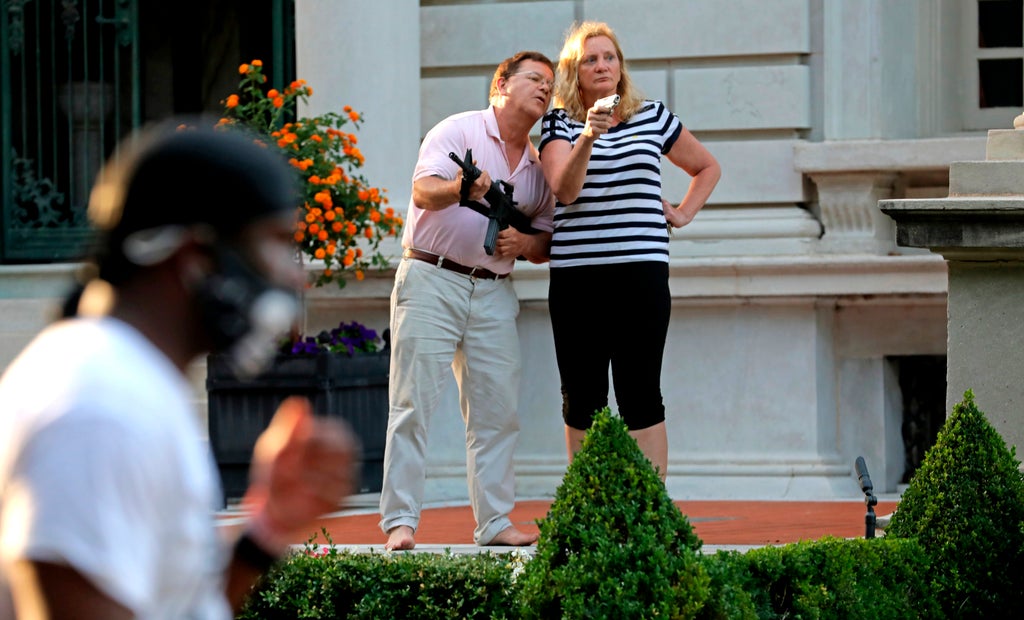 The governor of Missouri has pardoned a couple who were famously photographed pointing guns from the front of their luxury home at a group of passing Black Lives Matter protestors last summer.

On Tuesday, governor Mike Parson, a Republican, announced the pardon of Mark and Patricia McCloskey, who pled guilty, respectively, to misdemeanor assault and harassment in June.