She revealed in April she’d been brutally fat-shamed by online trolls.

But Australian Olympic sprinter Morgan Mitchell brushed off the hateful comments on Sunday by posting a series of racy bikini snaps on Instagram.

The 27-year-old, who is an advocate for a plant-based diet, shared several mirror selfies in which she posed in a tiny blue bikini in her luxury hotel room in Las Vegas. 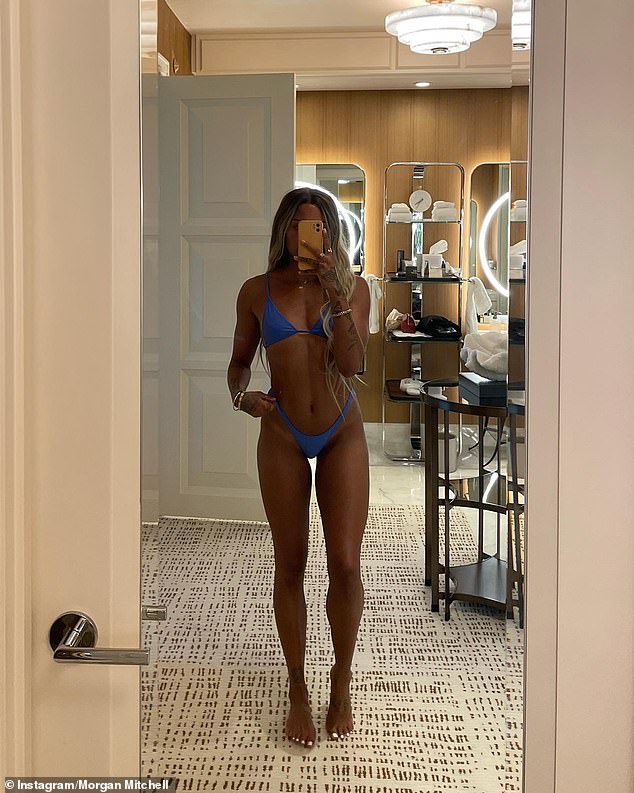 No time for trolls: Australian Olympic sprinter Morgan Mitchell brushed off the haters on Sunday when she posted a series of racy bikini snaps on Instagram

‘The Wynn Las Vegas mirror edition,’ the Melbourne-born athlete captioned the photos, referencing the hotel she was staying in.

Morgan’s comments section was flooded with positive messages, with one fan writing: ‘Holy moly, on fire.’

‘I just tried to like this five times,’ another added.

Morgan made her Olympic debut at Rio in 2016, where she competed in the 400m sprint at just 21 years of age. 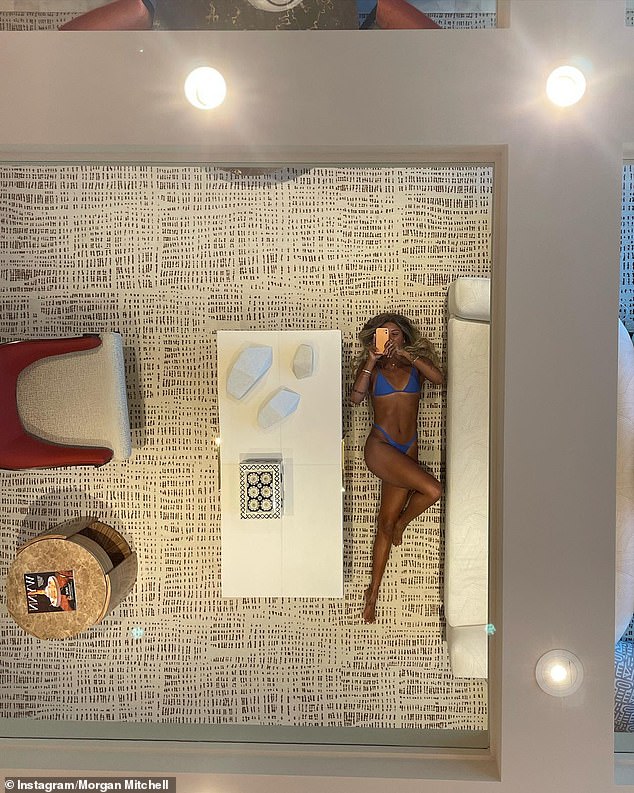 ‘On fire!’ Fans praised the Olympian for her steamy photos

Morgan’s bikini snaps come less than two months after she revealed she had been ‘fat-shamed’ on social media.

In an interview with the Uninterrupted by Women’s Health Australia podcast, she said she noticed jibes of ‘you’re fat’ which led to her taking a three-month holiday to Europe in order to distance herself from the toxic ‘abuse’.

‘It used to really eat away at me but now I’m like, how could people… how could you say that to someone? It blows my mind,’ she recalled. 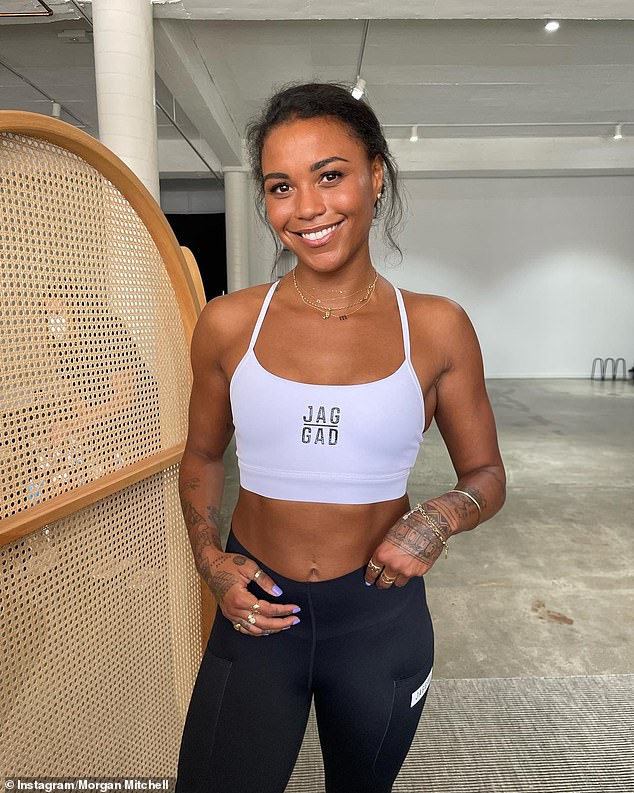 ‘It blows my mind’: Morgan says she doesn’t understand how people could say such hurtful comments online

The Netflix star also explained how her intense training regimen came at a price, explaining how her body mass index (BMI) was being measured regularly.

‘I was getting BMI testing every three weeks. If I showed you what I looked like in 2017…’ she said.

‘I wouldn’t eat breakfast and then I’d train, eat a muesli bar and maybe half a salad roll for dinner.’

Morgan noted that she would normally race at 62 kilos, but her weight had dropped to just 58 kilos following her stint in Rio. She says she gained ‘all the weight back’ in 2018, leading to the negative comments online. 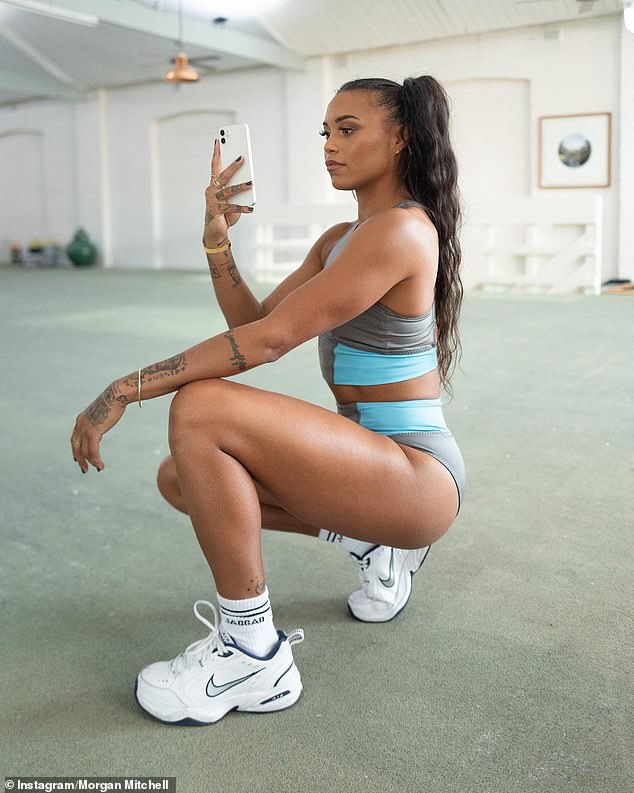 ‘Women understand women. That’s one thing I found I just couldn’t get with men. They just didn’t want to know, they’d say: “Toughen up and move on, do this, do that.” You shouldn’t be complaining without understanding because they’d never been in a woman’s body.’

Morgan said the turning point for her was when her coach wasn’t pointing out her changes in physique, but rather focusing on her performance.

‘My coach is awesome because she just goes, “if you come to training and hit my times that I want you to hit, I couldn’t care what you look like,”‘ she told the podcast.

‘All I’ve ever heard is, “You’re so skinny, you look great”, or “Oh, you’ve got cellulite on your thighs, you’re going to run slow.” Now that I’m reflecting on it, it just makes me laugh.’